Apple Maps has been updated with comprehensive transit data in Adelaide, Australia, enabling iPhone users in the city to navigate with public transportation, primarily including Adelaide Metro buses and commuter trains. 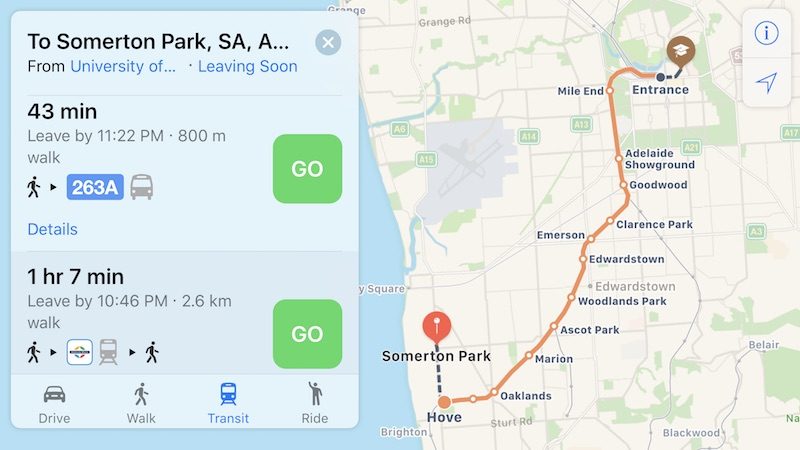 At launch, the feature was limited to Baltimore, Berlin, Boston, Chicago, London, Los Angeles, Mexico City, New York, Philadelphia, San Francisco, Sydney, Toronto, and over 300 cities in China. Since then, Apple has been working to expand support for public transportation to other cities around the world.

A complete list of cities that support Transit in Apple Maps is available on the iOS Feature Availability page of Apple’s website.