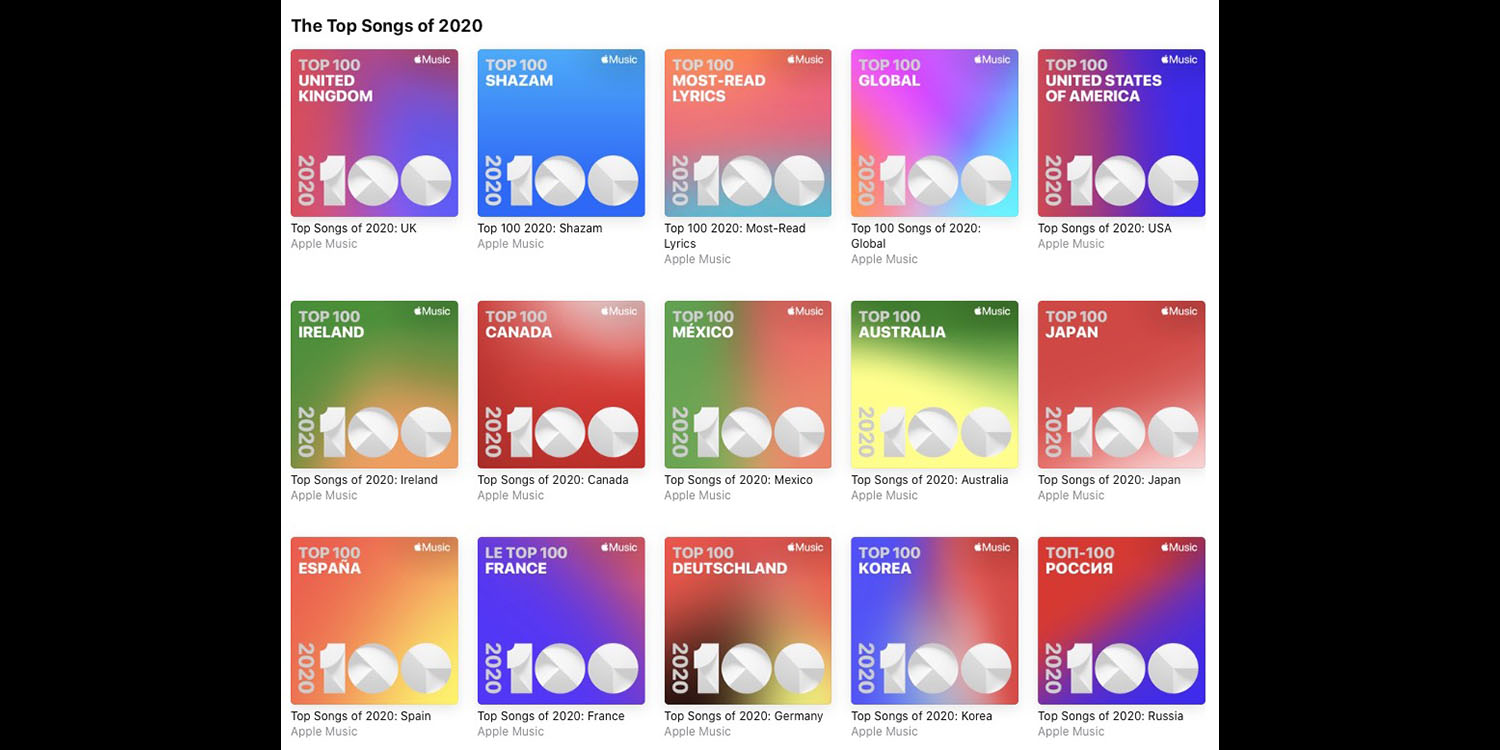 Apple Music has added a whole bunch of new playlists in the Browse section. These include the Apple Music top songs of 2020, both globally and for a wide range of countries.

Apple notes that there are some newcomers in the mix.

The year 2020 was unlike any other, to say the least—so it makes sense that new faces had an unusually outsized impact across the world.

Compton’s latest star Roddy Ricch emerged seemingly out of nowhere as a dominant force, with his single “The Box” picking up over 455 million streams worldwide and topping Apple Music charts in 37 countries. He also featured on DaBaby’s smash “ROCKSTAR” and two hits with fellow Los Angeleno Mustard, “Ballin’” and “High Fashion”.

Unsurprisingly, there’s some overlap here with the most Shazammed songs, with Dance Monkey heading the list.

On the other side of the world, a similar global success story was launching with Tones and I, the Australian pop singer-songwriter behind the ubiquitous “Dance Monkey”, which was Shazamed by music fans an eye-popping 24.6 million times in 2020.

Did she really just say that? In the case of Cardi B’s smash hit “WAP” featuring Megan Thee Stallion, the answer was a great big yes.

Last year, Apple Music unveiled its time-synced lyrics view feature, and in 2020 the song with the most-read lyrics by far was “WAP”, which users spent 372,000 hours perusing. That’s a whole lot of certified freaks.

Given the popularity of Apple Music in the US, it’s also no surprise that the American list is very similar to the global one, with six out of ten in common.

You can check out the full playlists in the Browse section of Apple Music – just scroll down to The Top Songs of 2020 and select See All.

Ridiculously, you can’t find your own most-played songs, albums and artists within the app. You instead have to check them out on the web.