Over the past few days, some Apple Music subscribers have noticed the appearance of a new playlist in the “For You” tab of the music streaming app, called “My Chill Mix.” Redditor Elliotblyth posted about the playlist recently, noting that their iPad remains on iOS 10 and that they have not yet installed the iOS 11 public beta that released yesterday. Still, a few commenters on the Reddit post have noted the appearance of My Chill Mix while on the iOS 11 beta.

In screenshots, the playlist doesn’t have a description like My Favorites Mix and My New Music Mix, but a few users who have been listening to the playlist have given a decent description of what kind of music it includes. As a point of comparison, currently My Favorites Mix (refreshed every Wednesday) gives subscribers a list of the songs they most listen to, while My New Music Mix (refreshed every Friday) recommends newly released music that aligns with the taste of a user’s previous listening history. 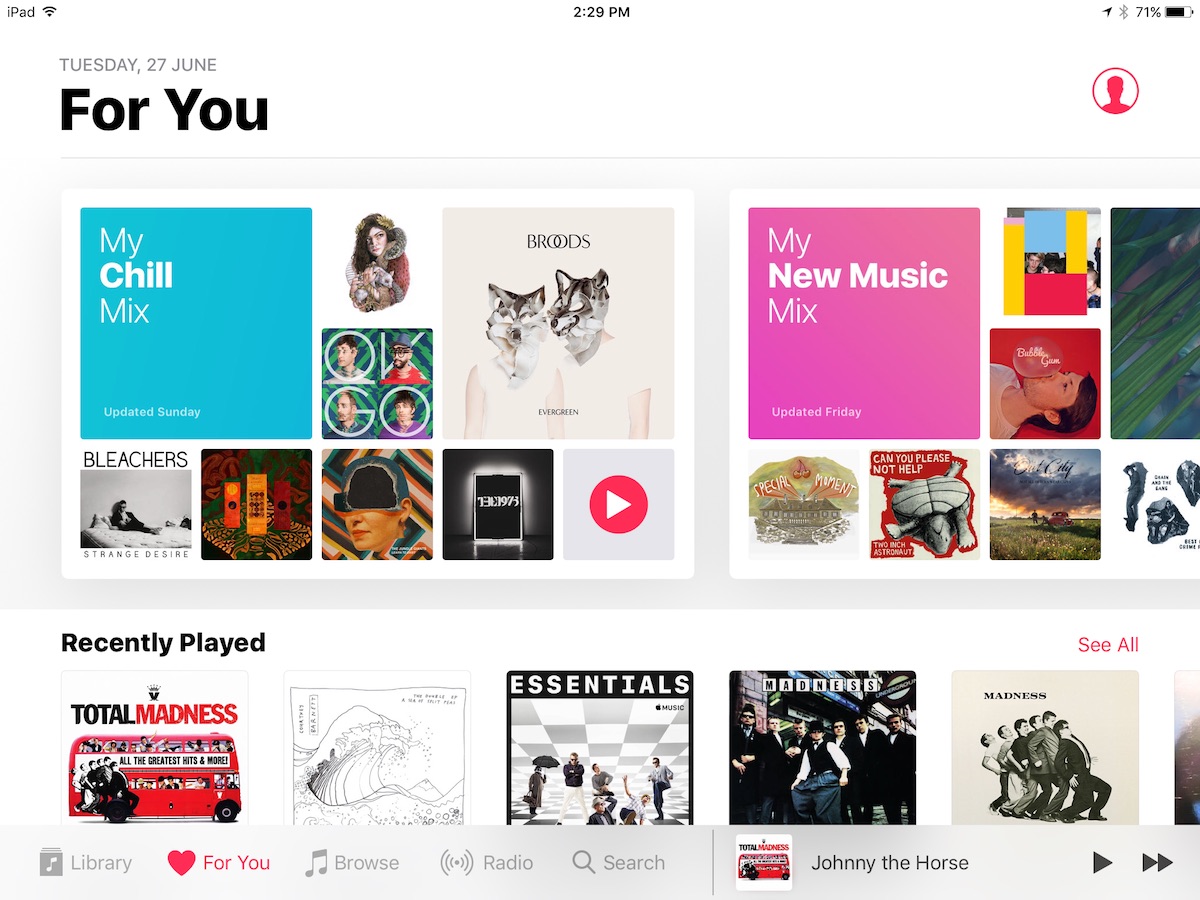 My Chill Mix is said to be similar to My New Music Mix, but without the rule that only newly released tracks can be in the playlist. This means that Apple Music will pull from music selections that are both old and new, all based on each user’s personal listening history and likes/dislikes, to propagate My Chill Mix every Sunday. For subscribers who don’t see the new playlist, asking Siri to “play My Chill Mix” sometimes works.

Apple describes My Chill Mix as follows: “Tailored to your music tastes, My Chill Mix is a selection of songs to help you relax and unwind.” The playlist originally appeared in the watchOS 4 preview page after WWDC, with Apple including My Chill Mix among the playlists that will automatically sync to Apple Watch. Since then, any mention of the playlist has been removed from that page on Apple.com. 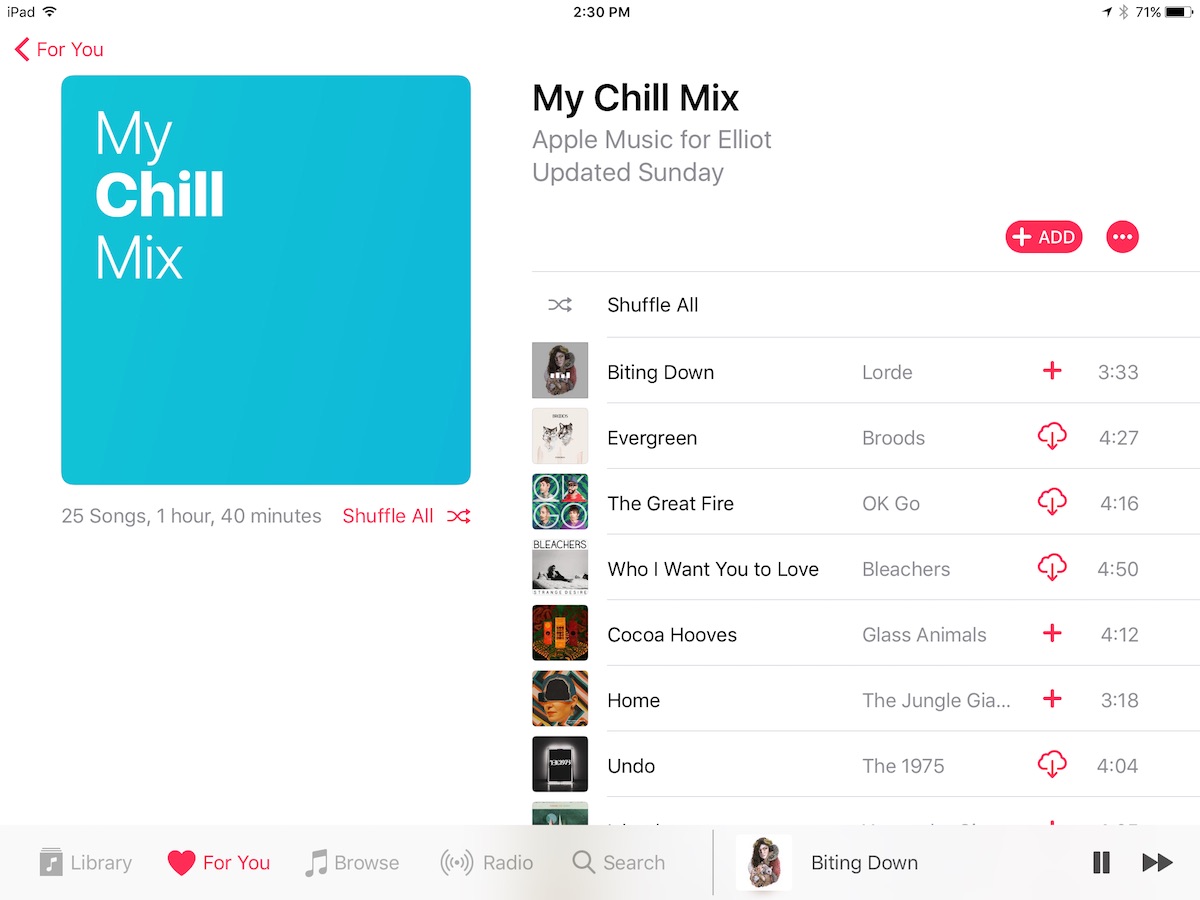 My New Music Mix and My Favorites Mix originally appeared on the iOS 10 public beta last September, a few months after WWDC 2016 when Apple originally announced that personally curated playlists would be coming to Apple Music. A few tweaks are coming to Apple Music in iOS 11 as well, including a new social feature where subscribers can make profiles, share playlists, see their friends’ playlists, and browse their friends’ listening history.