The Facebook, Twitter, Flickr, and Vimeo options have been removed in the Settings app, and according to Axios, the four apps will now be treated like other apps, using the iOS sharing extensions that were introduced back in 2014 with iOS 8. 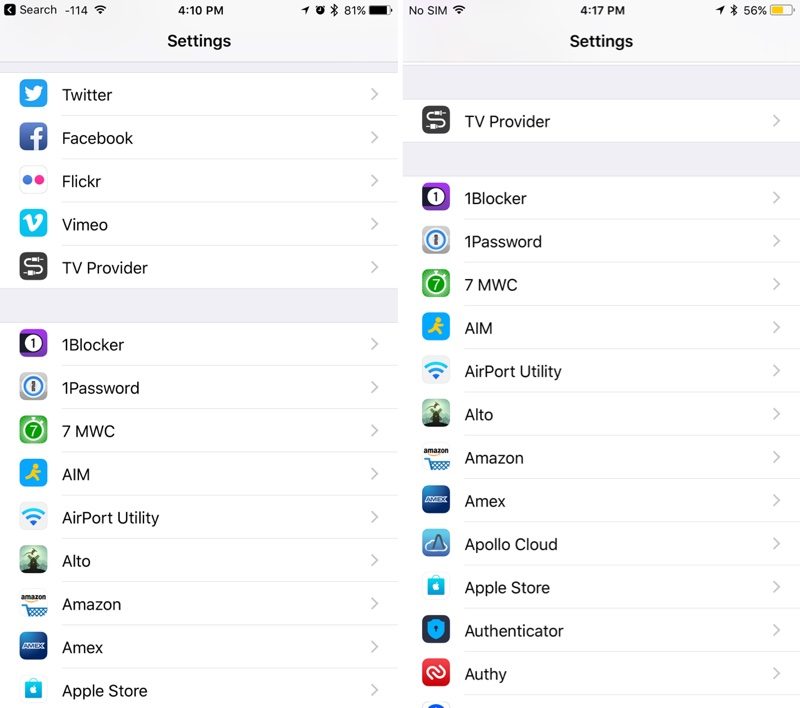 Rather than continue to add support for different social services, Apple went with a different approach, adding sharing extensions with iOS 8 in 2014. Until now, it has maintained the single sign-on for Twitter and Facebook in addition to supporting the sharing extensions for a wider range of apps.

Direct sign-in options were first introduced in iOS in 2011. Twitter integration was made available in 2011, while Facebook integration came in 2012. Support for Flickr and Vimeo was added in 2013 with iOS 7.
Discuss this article in our forums