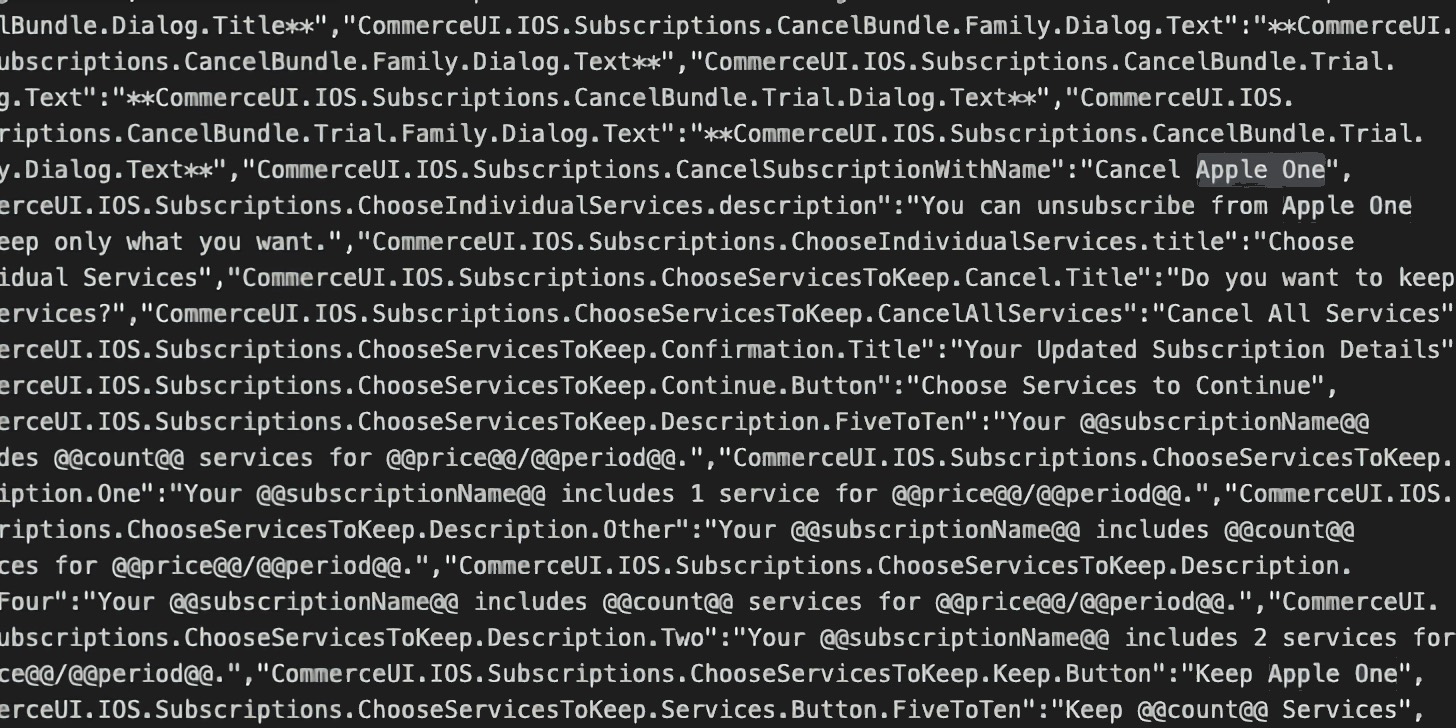 Now, 9to5Mac has found references to Apple One in iOS code. These strings appear in the localization files used for the iPhone’s Manage Subscriptions screen. The text has been added recently, which may further suggest that Apple One is going to be announced at Apple’s special event on Tuesday.

The strings include mentions like “Cancel Apple One”, “Keep Apple One” and “You can unsubscribe from Apple One and keep only what you want”. The string references are in the same file as code strings that talk about selecting which individual Apple services to keep, rather than continuing with the bundle.

This alludes to the fact that customers will be able to choose if they want to continue to subscribe to Apple’s services individually, or sign up to one of the Apple One bundle options.

MacRumors today reported that Apple has registered a handful of domains with Apple One in the URL.

Apple is hosting its September media event on this coming Tuesday. It is expected to announce a new Apple Watch lineup, featuring Apple Watch Series 6 and a new cheaper model, as well as a revamped iPad Air featuring a thin bezel design.

Given the recent flurry of leaks, it now seems likely that Apple will also use this event to announce its Apple One bundle. Bloomberg previously reported that Apple One would include a new Apple fitness class service to compete with the likes of Peloton, something that could tie in to the health and fitness elements of the Apple Watch Series 6.

Stay tuned to 9to5Mac for full coverage of all the announcements from Apple on Tuesday, September 15. The event kicks off at 10 AM Pacific Time.