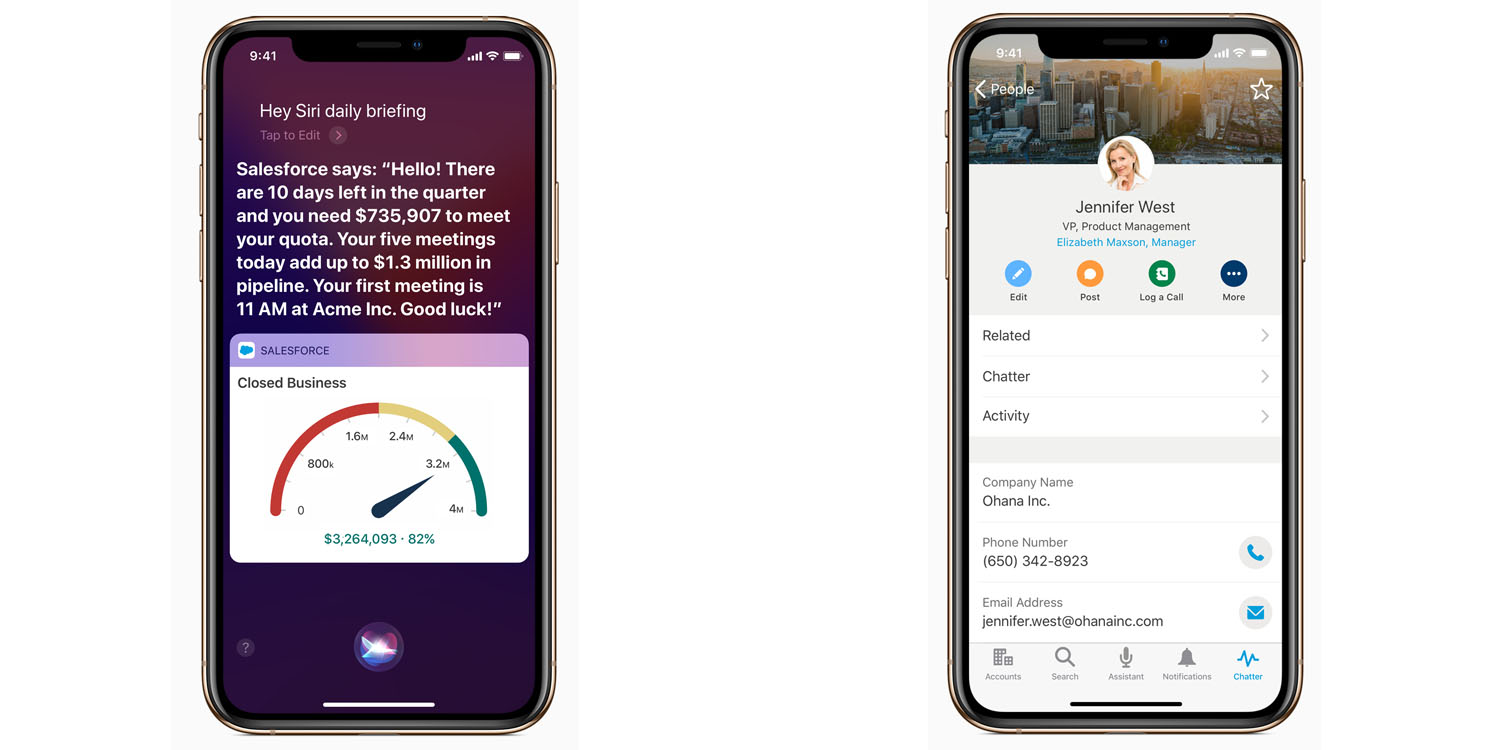 Apple and Salesforce today announced a strategic partnership that brings together the number one customer relationship management platform and iOS, the world’s most advanced mobile operating system, enabling powerful new mobile apps for business. Working with Apple, Salesforce is redesigning its app to embrace the native mobile platform with exclusive new features on iOS …

In addition to iOS app features created by Salesforce, opportunities are being created for third-party developers.

The companies will also provide tools and resources for millions of Salesforce developers to build their own native apps with a new Salesforce Mobile SDK for iOS, and a new iOS app development course on Trailhead, Salesforce’s free, web-based learning platform.

The CEOs of both companies said the deal would marry the best hardware and software.

“With the powerful combination of iPhone, iPad and iOS — the best hardware and software for business — together with native Salesforce apps and the new Salesforce SDK, we can deliver great customer experiences for businesses around the world,” said Tim Cook.

“With this partnership, we’re bringing together the world’s number one CRM platform with iPhone and iPad, the world’s best devices for business,” said Marc Benioff, chairman and co-CEO, Salesforce.

Features unique to the iOS app will include Siri Shortcuts, Face ID and business chat. Reuters provided examples of what that means in practical terms.

The partnership means that a salesperson can use Siri after a customer meeting to update that customer’s record with notes from the meeting, flag a customer service issue for a support team to follow-up on and many other data-entry tasks that can eat up valuable time.

“If you look at enterprise in general, voice has not been used as much as in consumer,” Apple CEO Tim Cook told Reuters in an interview. “We’re going to be able to provide the sales rep instant access to things using your voice instead of clicks and going through different apps […]

At Salesforce’s annual customer conference this week, Marriott International will demonstrate a new system that uses Salesforce and Apple tools so that hotel guests can turn up the heat, order a sandwich or hail a ride using Siri with an Apple HomePod in their hotel room. And at the next Marriot the guest stays at, Siri will remember the guest’s preferences – even their favorite sandwich, Salesforce CEO Marc Benioff told Reuters in an interview.

Around 5 million developers create Salesforce apps, a quarter of the 20M who create iOS apps.