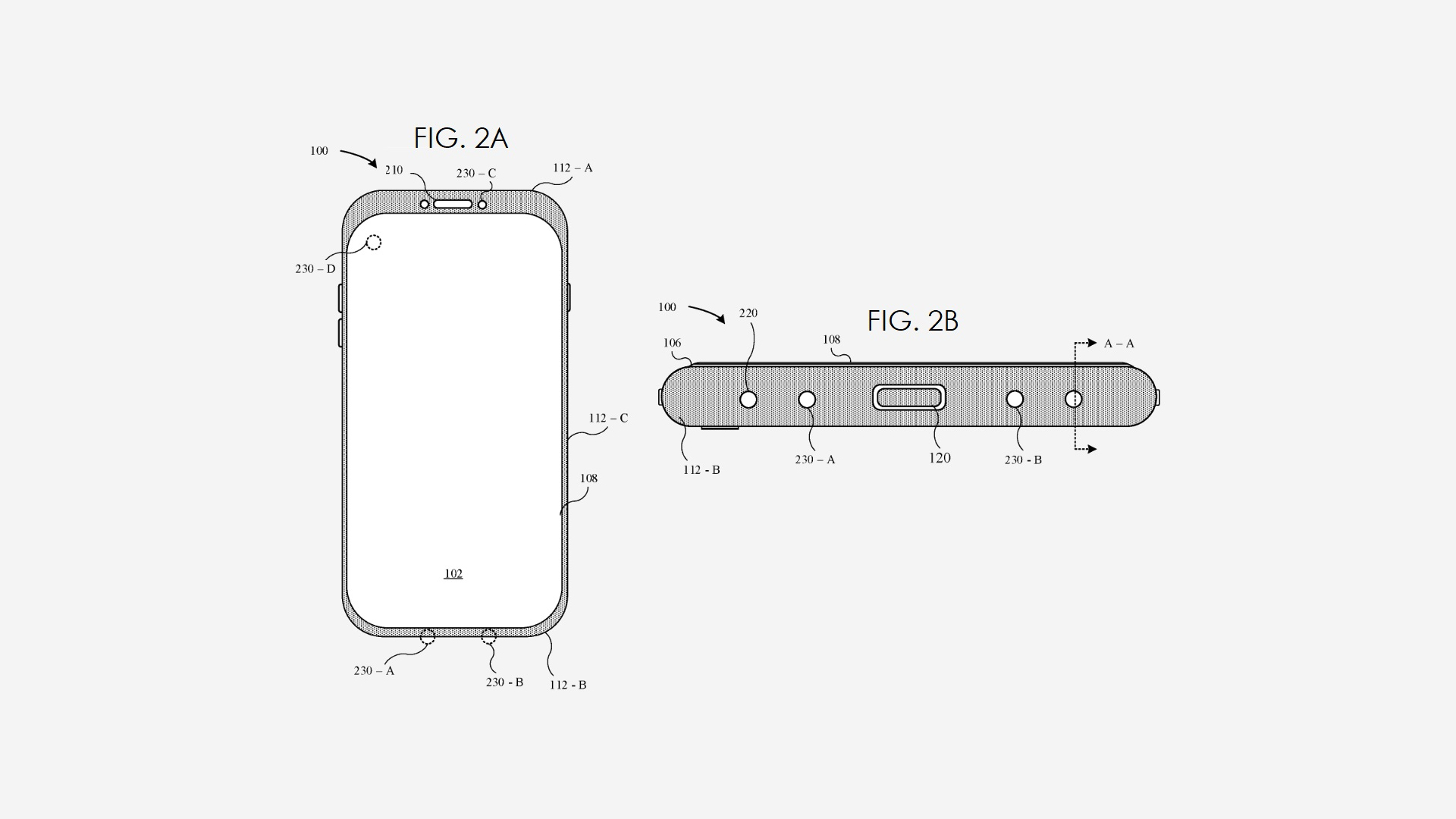 Apple Watch Series 2 was the first model to be entirely waterproof, and Apple introduced an important feature to keep the internal components protected. As you may know, Apple Watch has a water-ejection system in which the speaker expels water — and this might come to iPhone according to a new patent registered by Apple.

The Apple Watch water-ejection system works by using the speaker to vibrate and emit specific sounds that push the water out, which is useful when you use your Apple Watch for swimming or during a shower.

As pointed out by Patently Apple, this feature might be available in future iPhone models as Apple has registered a new patent that shows exactly that. The patent was originally filed by Apple back in 2019, but it was only published today by the US Patent and Trademark Office.

The figures show a water-ejection system built into an iPhone that works similar to the technology found in Apple Watch Series 2 and later. It uses the speaker and a sensor module with hydrophobic coating to repel water, which would make the iPhone even more waterproof and also prevent the speakers from failing right after they come in contact with liquids.

Based on the patent description, this system is able to expel different types of liquids, including fresh water, salt water, gases, and more. It can even detect the presence of salt water crystals on the acoustic mesh barrier.

However, there are no known plans for this feature to be included in this year’s iPhone models. It’s important to keep in mind that Apple files hundreds of patents every year and not all of them are actually used in an actual product.

The popular YouTube channel Slo Mo Guys recently shared a stunning video of the Apple Watch water-ejection system in action, as we covered here on 9to5Mac, and it’s worth watching.

Would you like to have this water-ejection system on iPhone? Let us know in the comments section below.