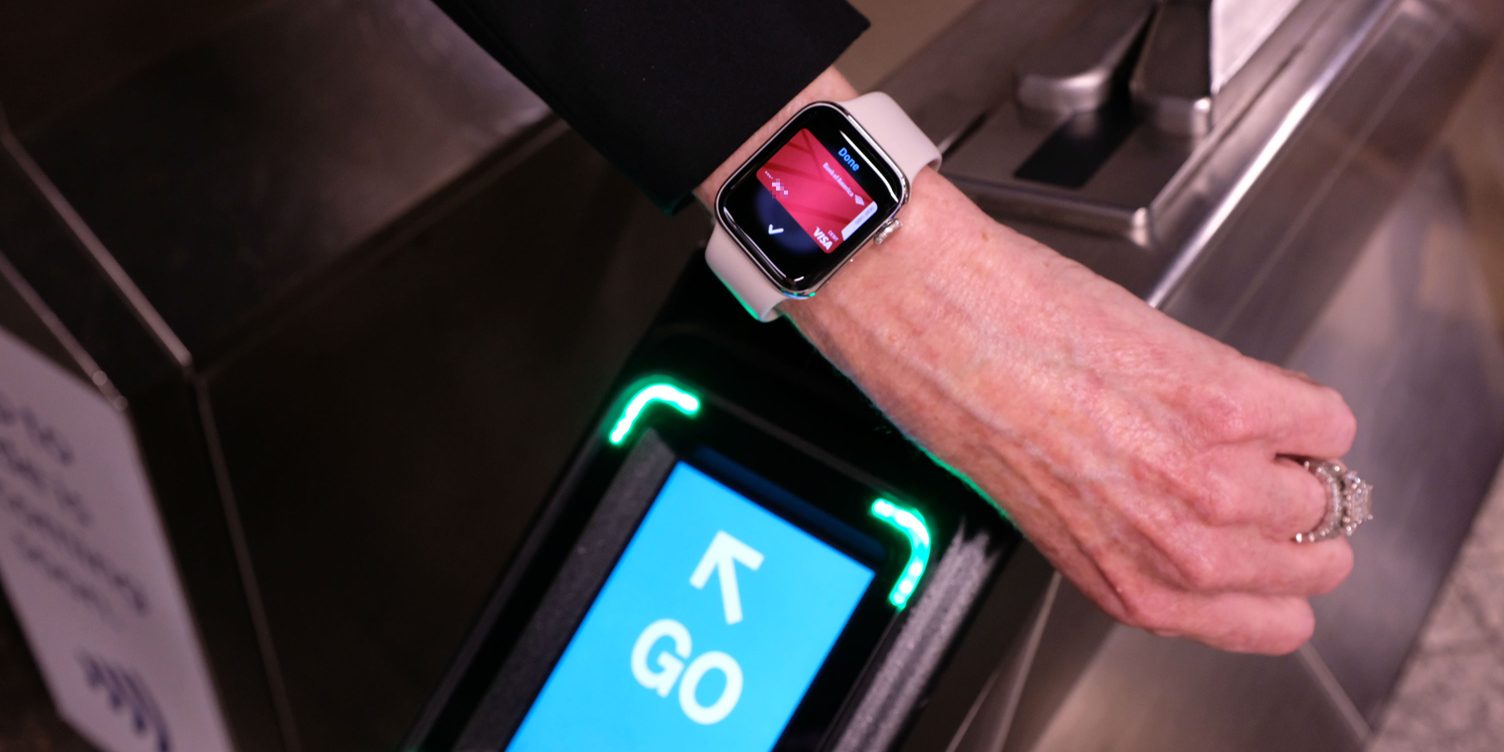 Starting today, you can now use Apple Pay at 18 turnstile arrays serving the A, C, E and 1, 2, 3 subway lines at the 34th St-Penn Station intermodal complex. This is “one of the busiest transit hubs in North America,” MTA says. “The subway customers at the complex include many LIRR, NJ Transit, and Amtrak commuters and travelers arriving at Penn Station,” the agency explains.

According to MTA, the OMNY system is seeing “better-than-expected” adoption. By the end of this month, it expects that all MTA-operated buses on Staten Island, two Staten Island Railway stations, and 85 subway stations will have active OMNY readers with support for Apple Pay.

The OMNY readers also support Express Transit Mode. This allows users to complete Apple Pay transactions without having to authenticate with Face ID or Touch ID. Instead, you just tap your iPhone or Apple Watch on the terminal and your default card i used for the transaction.

The biggest limitation to the OMNY platform right now is that it is limited to full-fare, pay-per-ride use. This means that it does not support fare options such as unlimited ride passes and any discounted tiers. Beginning in 2020, MTA says that it will roll out “all remaining fare options” and introduce the OMNY Card in the OMNY app.

Beyond this month, MTA says OMNY is expected to be available for the Long Island Rail Road and Metro-North Railroad in 2021. The agency expects the OMNY rollout to be fully complete by 2023, at which point it will “say goodbye to MetroCard for good.”