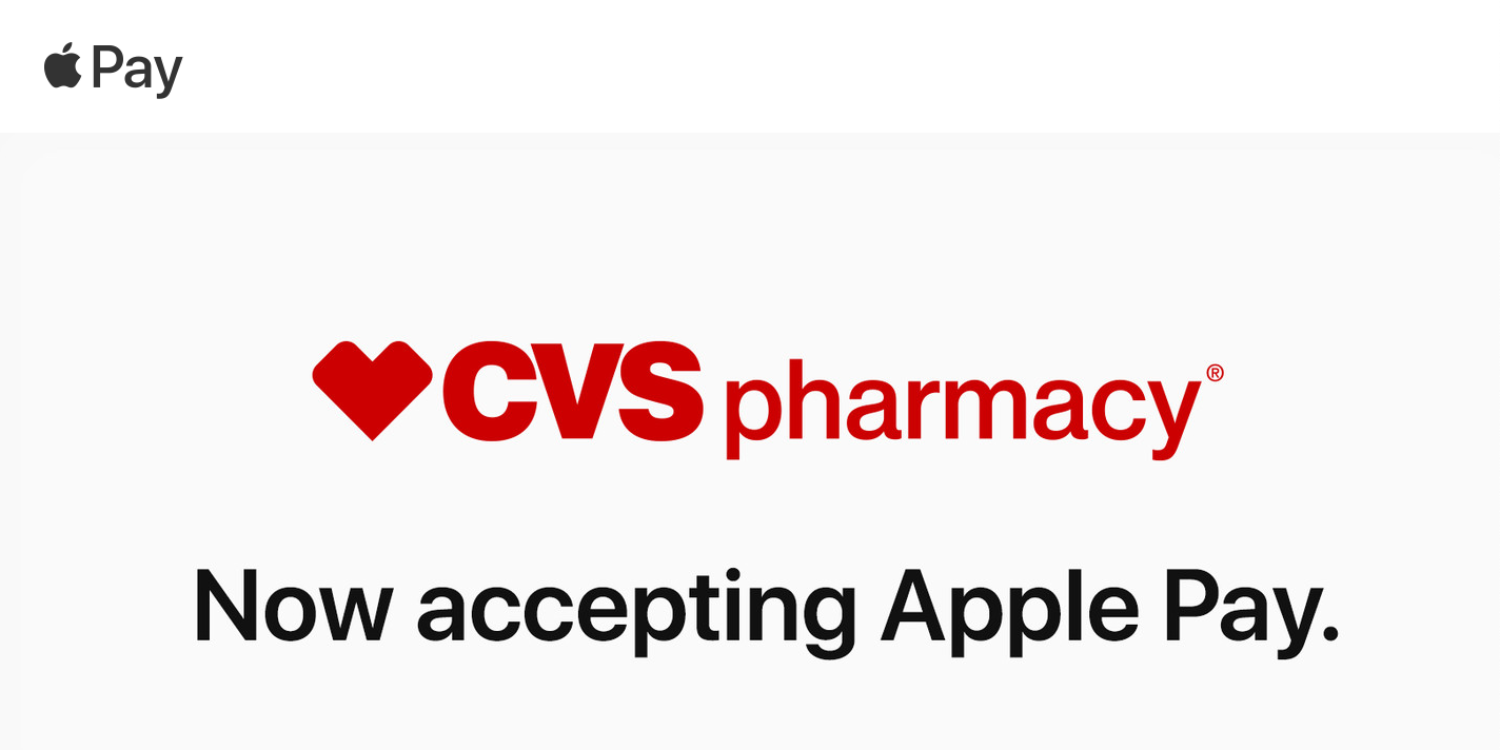 Earlier this year, Apple reported that Apple Pay was finally coming to CVS. Oddly enough, CVS’ terminals have supported NFC for years, but they intentionally disabled it. I was actually was able to use it on the day Apple Pay launched right before they disabled it.

Apple just sent out an email informing that Apple Pay is now accepted at CVS.


I personally get medicines for my entire family from CVS as I pass one right near my house. I’ve tried to use their CVS app to make purchases, but it’s a cumbersome process (it involves a QR code). I actually had considered switching to Walgreens, but I never got around to it.

Apple Pay has slowly made its way into most of the retailers I shop at in the US. Target is one of the main holdouts at this point. Matt Bircher actually looked at the possibilities of why on his Birchtree blog:

This story starts back in 2013 when Target unveiled Cartwheel, a couponing app that had exclusive deals that cycled in and out on a regular basis. After a string of misses in the ecommerce space, Cartwheel was finally something that clicked with customers. At the time I remember seeing tons of people in checkout lines scanning things in their carts for more deals and employees chatting about cool deals they were seeing. A year after launch, Cartwheel made up 76% of all time mobile users spent on Target properties. Put another way, people spent 3x as much time finding deals and sorta-shopping in Cartwheel as they did in the actual Target app and website.

I personally think that majors retailers that hold out do it because they want to be able to connect their marketing efforts to transactions. I personally use Walmart Pay quite a bit, and it allows Walmart to know exactly what I purchase and where. They now know what I am buying, and can use that to further influence marketing decisions.

Now that CVS has joined the club, will Target and Walmart be next? I’ve often said that CMOs for retailers likely hate Apple Pay because it can limit their ability to track purchases, but CTOs love it because it limits the amount of financial data they have to secure.