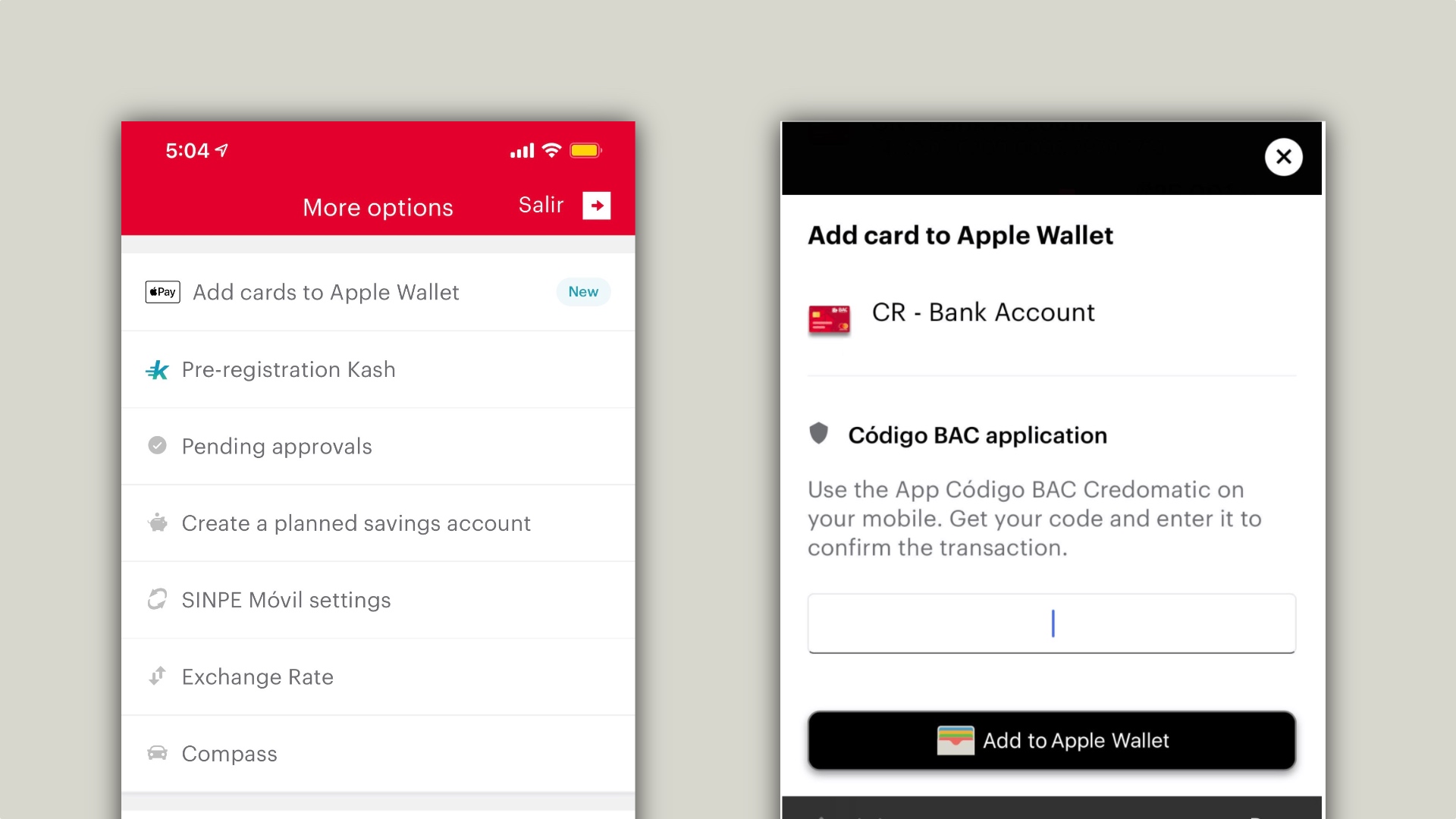 Apple Pay could be readying its launch in Central America as bank BAC Credomatic is testing support for this feature in Costa Rica. As of now, Central America is the only part of the Americas that doesn’t have a country supporting Apple Pay. With this feature available in more than 60 regions all over the world, there is still plenty of space to expand.

According to 9to5Mac reader Juan, BAC Credomatic started testing Apple Pay support in Costa Rica a few weeks ago. While still in TestFlight, the function is likely to be available for both Visa and Mastercard cards owners.

According to one of the software engineers working there, Visa and Mastercard will be two type of cards accepted for now. Feature hasn’t been enabled for customers.

One of the aspects that shows whether a bank will start to support Apple Pay is when its app shows that it supports the Apple Wallet on its page. As for now, BAC Credomatic doesn’t, but since this feature is currently on TestFlight, the bank could be just months away from releasing it.

In Brazil, for example, the fintech Nubank has been teasing Apple Pay support for a while. The bank already shows that its app works with Apple Wallet, even though the feature itself is not live yet.

If BAC Credomatic is the first bank to bring Apple Pay to Costa Rica, it shouldn’t take long for a broader expansion, since it has operations all over Central America, such as in Guatemala, El Salvador, Honduras, Nicaragua, Panama, Grand Cayman, and The Bahamas.