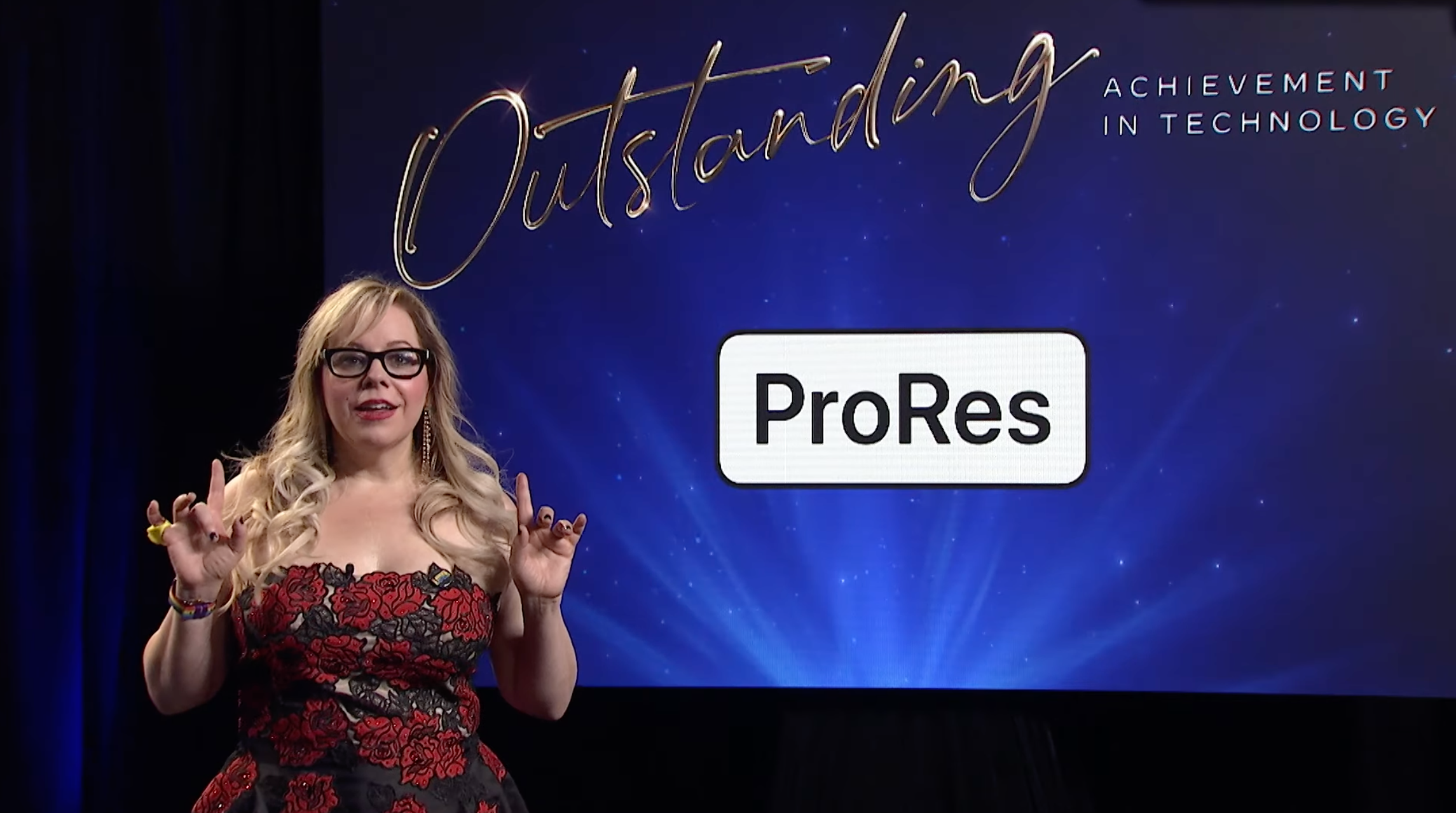 Engineering Emmys are presented to an individual, company or organization for developments in engineering that are either so extensive an improvement on existing methods or so innovative in nature that they materially affect the production, recording, transmission or reception of television. This year the Academy is recognizing nine companies and five individuals with the prestigious award.

If you’re not familiar with ProRes, it is a video codec that is known for preserving image quality with high level of detail but also with lower storage rates and faster encoding and decoding. Apple ProRes was introduced in 2007 with Final Cut and it’s now a standard in the movie industry.

You can watch the exact moment of the Apple ProRes award in the video below at 13 minutes and 04 seconds: