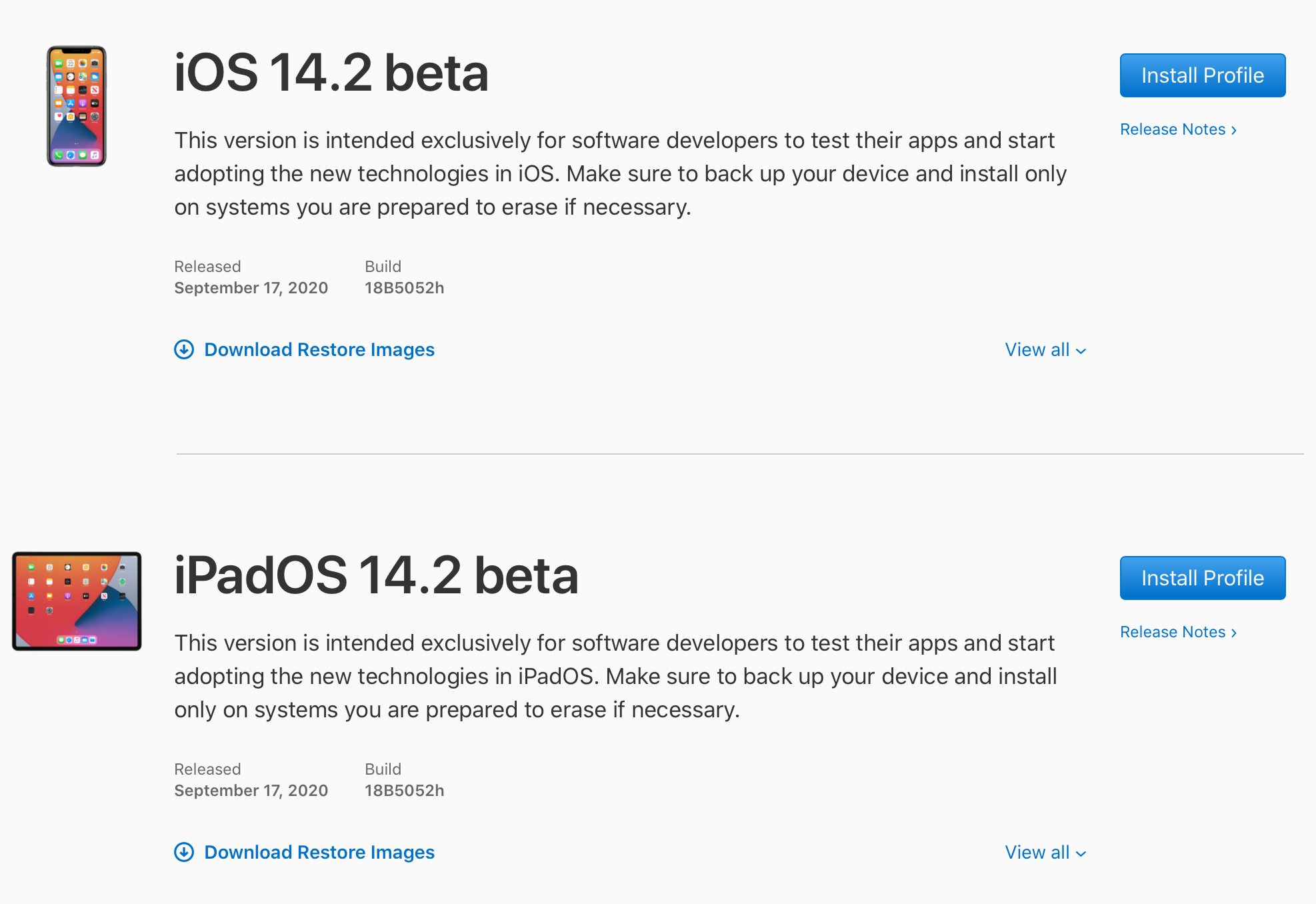 Apple has just released the first developer beta of iOS 14.2 and iPadOS 14.2 following the public release of iOS 14.0 this week. It’s uncertain what has changed in this update, but probably Apple is working on improvements and some new features.

In addition to iOS 14.2 and iPadOS 14.2, Apple has also released the first developer betas of tvOS 14.2 and watchOS 7.1. Earlier today, the company released macOS Big Sur beta 7 and an update for Xcode 12.2 beta that included references to iOS 14.2 and other updates.

For now, the iOS 14.2 update is available exclusively through the Apple Developer portal, so those who prefer to install new versions of iOS through the Over-The-Air system will have to wait a bit longer.

This version is intended exclusively for software developers to test their apps and start adopting the new technologies in iOS. Make sure to back up your device and install only on systems you are prepared to erase if necessary.

Previous rumors have suggested that iPhone 12 will be released next month with iOS 14.1, as iOS 14.0 is now available to all users. However, this suggest that iOS 14.1 might arrive prior to the new iPhones, which could be shipped with iOS 14.2 instead of 14.1.

If you spot any changes in iOS 14.2 beta or the other new betas from Apple today, let us know in the comments below or on Twitter @9to5Mac.