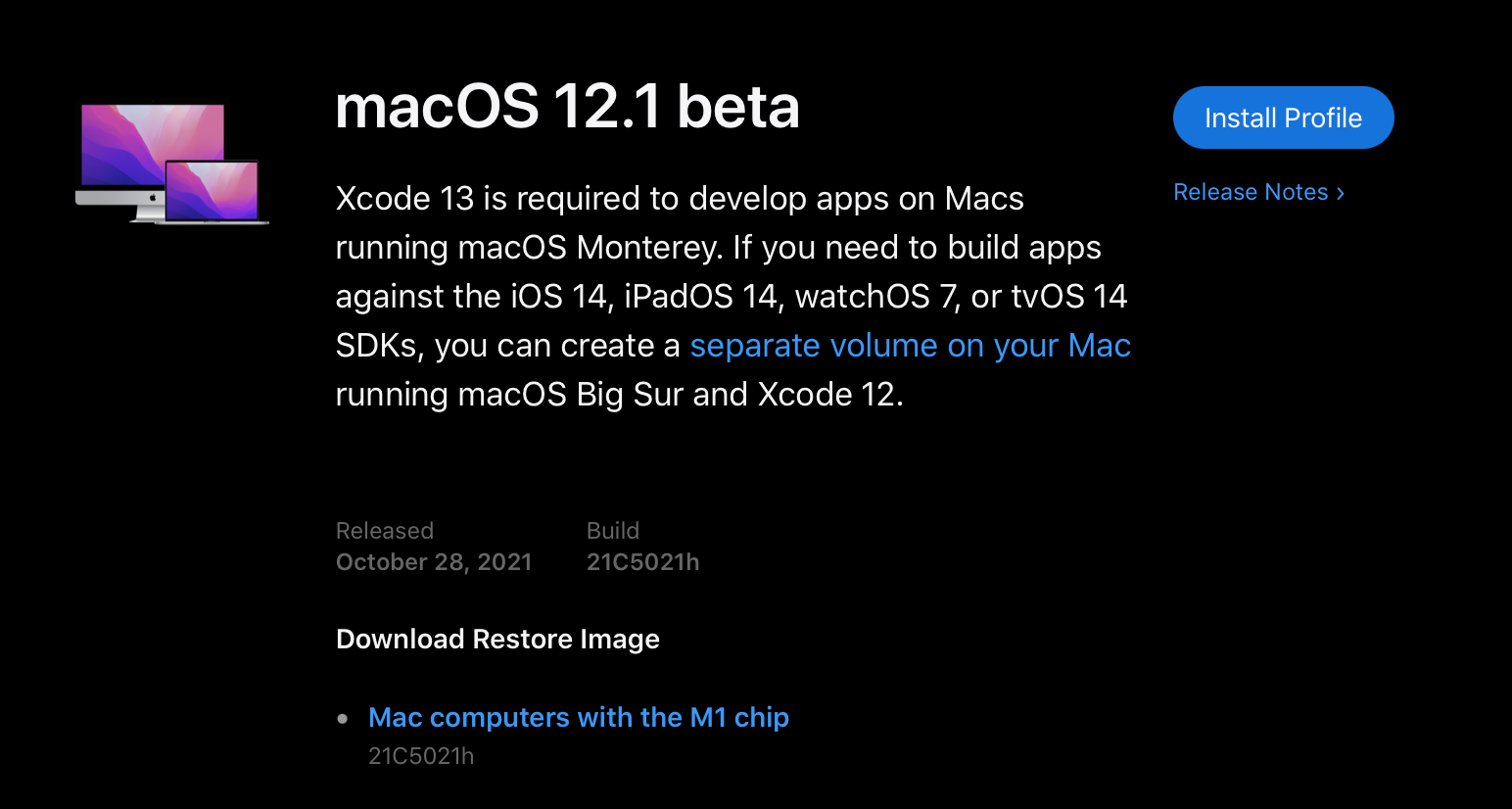 Just after launching macOS Monterey to the public earlier this week with build 12.0.1, Apple has seeded developers with macOS 12.1 beta 1. It comes as Apple has slated the launch of Universal Control and SharePlay as coming “later this fall.”

The first macOS Monterey 12.1 beta is appearing now via OTA for developers with build number 21C5021h. You can also download it from Apple’s Developer website if you’re not running the beta yet (full guide here).

New features and changes that come with macOS 12 Monterey include a totally redesigned Safari, Shortcuts app arriving on the Mac, a new Focus mode, Quick Notes, AirPlay to Mac,

However, with Universal Control to seamlessly work across multiple Apple devices and SharePlay both coming later this fall, we’ll be looking out to see if those features are enabled with macOS 12.1.