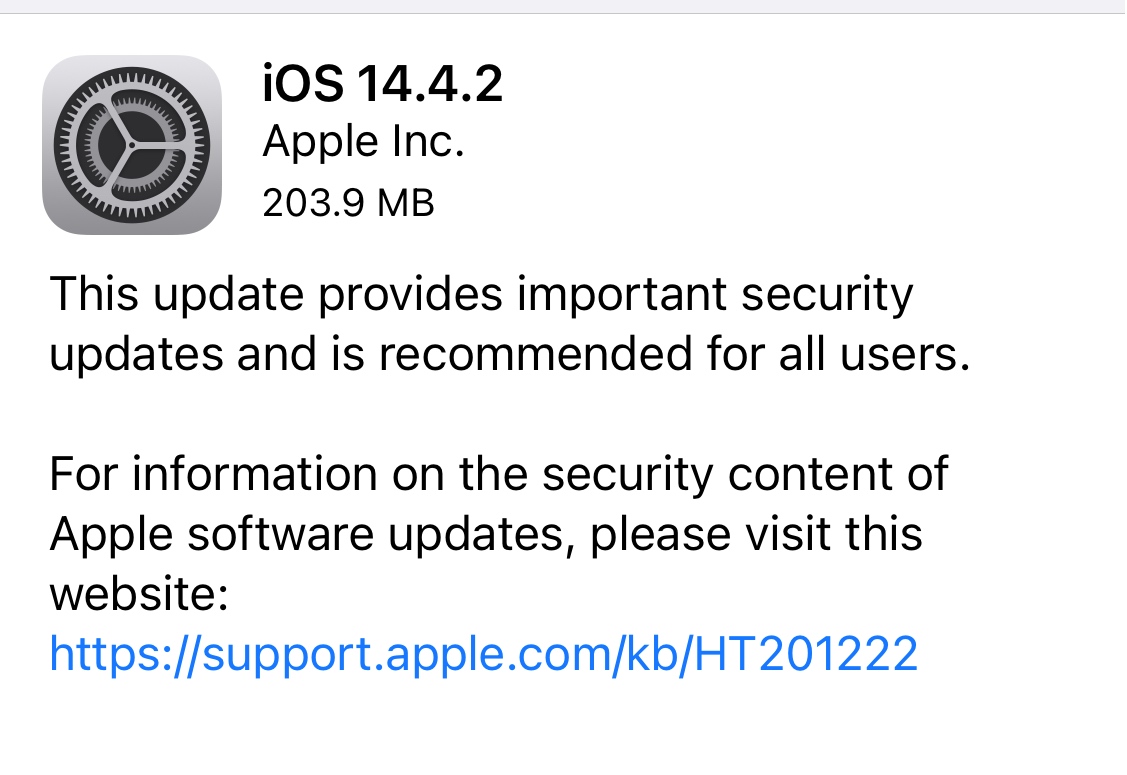 Apple today released iOS 14.4.2 for iPhone and iPad, and watchOS 7.3.3 for Apple Watch. The updates includes an important security fix for WebKit, which Apple says may have been actively exploited.

Apple said that a bug in WebKit could allow malicious web site to perform activate arbitrary cross-site scripting. The company said it is aware of a report that this bug was being exploited in the wild.

This bug-fix update comes amidst ongoing developer beta seeds of the next major release, iOS 14.5, which we expect to be released to the public in April.

iOS 14.5 includes a handful of feature enhancements, most notably the ability to unlock your iPhone using your Apple Watch whilst wearing a face mask, circumventing a common grievance with Face ID. It will also introduce App Tracking Transparency, a new permissions dialogs that apps must show before they share user identifying information with third-parties.

You can update to the latest version of iOS 14 now by going to Settings -> General -> Software Update on your devices.