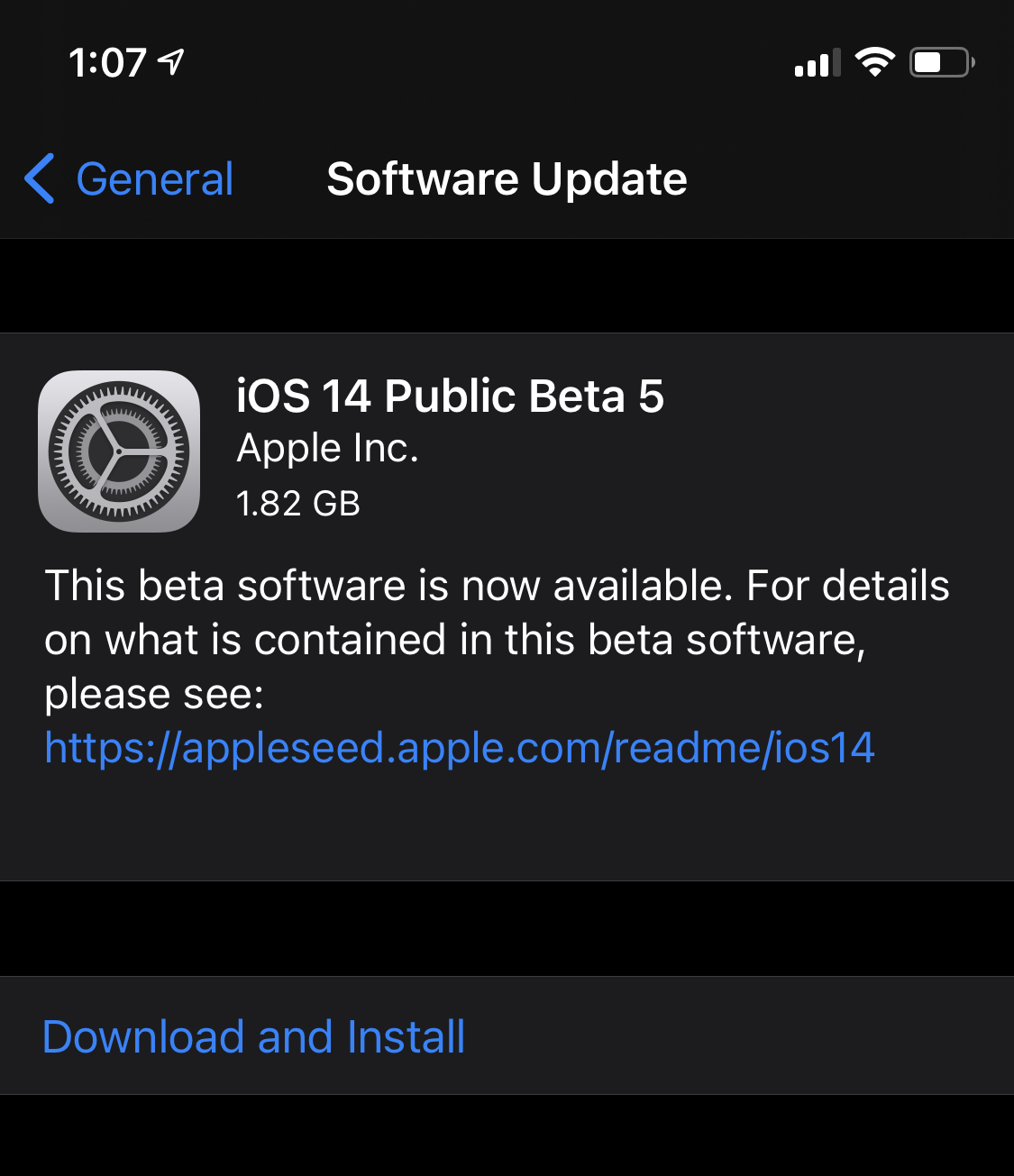 Apple has released the fifth beta of iOS 14 for public beta testers. The update arrives two weeks after the fourth public beta and just a day after the latest iteration arrived for developers. Beta 5 includes a few notable changes and even a new ‘Hidden Album’ toggle for the Photos app.

Head to Settings > General > Software update to check if the fifth public beta is available on your device.

We should see most of the same changes with the iOS 14 public beta 5 as we saw arrive yesterday with the developer beta 5. That includes the return of the time wheel picker — although in a new form — to the Clock app.

Other changes include a new Tall News widget for the Today View section, a “Hidden Album” toggle for the Photos app that’s been long-requested, and new “Availability Alerts” for Exposure Notifications.

The Shortcuts app has a new splash screen and widgets are blocked for devices when a parent app is blocked with Screen Time.

The fifth public betas for iOS 14 and iPadOS 14 weigh in at hefty ~2GB and 4GB sizes, respectively. Apple also released the fifth developer beta of watchOS 7 yesterday. We’re still waiting on the Big Sur betas to catch up to where iOS and watchOS are at in the beta cycle.

Get a better look at everything that’s new in iOS 14 beta 5 in our full coverage here and what to expect across the board below: