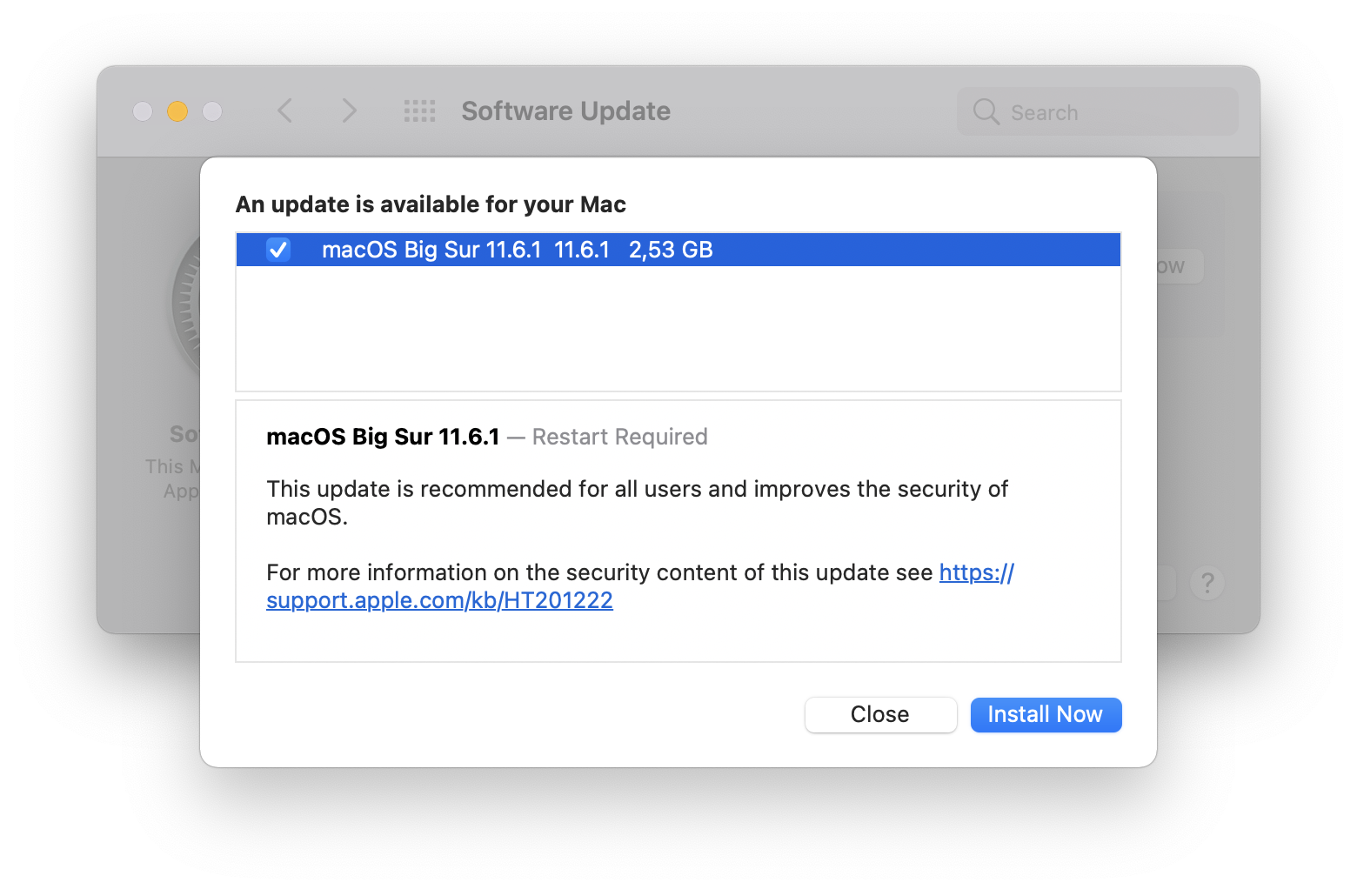 The update comes as a surprise since Apple has not released any beta builds of macOS Big Sur 11.6.1 previously. Instead, the company is already delivering a Release Candidate version to developers, which suggests that this update will be released to the public in the coming days.

The macOS Big Sur update is now available for developers with a Mac configured to get beta updates. To install version 11.6.1 RC, go to the Software Update menu in the System Preferences app.

Did you find anything new or different in today’s release? Let us know in the comments below.