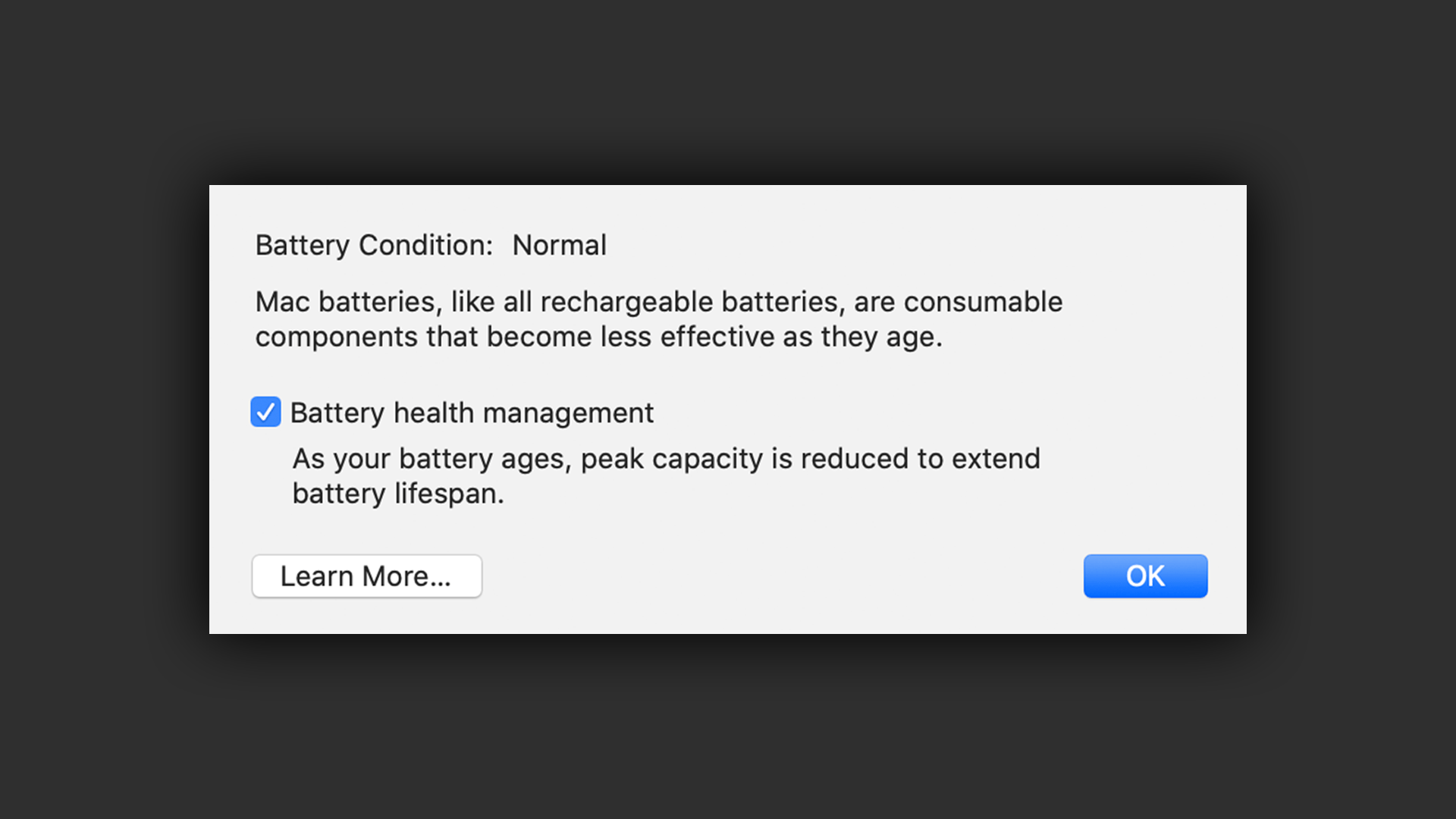 Following the release of iOS 13.5 developer beta 4 yesterday, Apple today has released the fourth developer beta macOS Catalina 10.15.5 as well. The new update is rolling out now via System Preferences.

The biggest change in macOS 10.15.5 is a new Battery Health Management feature. The goal of the change is to reduce the chemical aging of a MacBook’s battery and extend its lifespan, but without comprising battery life.

Here’s how Apple describes the feature, which was introduced in macOS 10.15.5 beta 2:

The battery health management feature in macOS 10.15.5 is designed to improve your battery’s lifespan by reducing the rate at which it chemically ages. The feature does this by monitoring your battery’s temperature history and its charging patterns.

Based on the measurements that it collects, battery health management may reduce your battery’s maximum charge when in this mode. This happens as needed to ensure that your battery charges to a level that’s optimized for your usage—reducing wear on the battery, and slowing its chemical aging.

Other than this change, macOS 10.15.5 focuses on bug fixes and performance improvements. The update is available now through the System Preferences application for developers. We expect a public beta release soon as well.