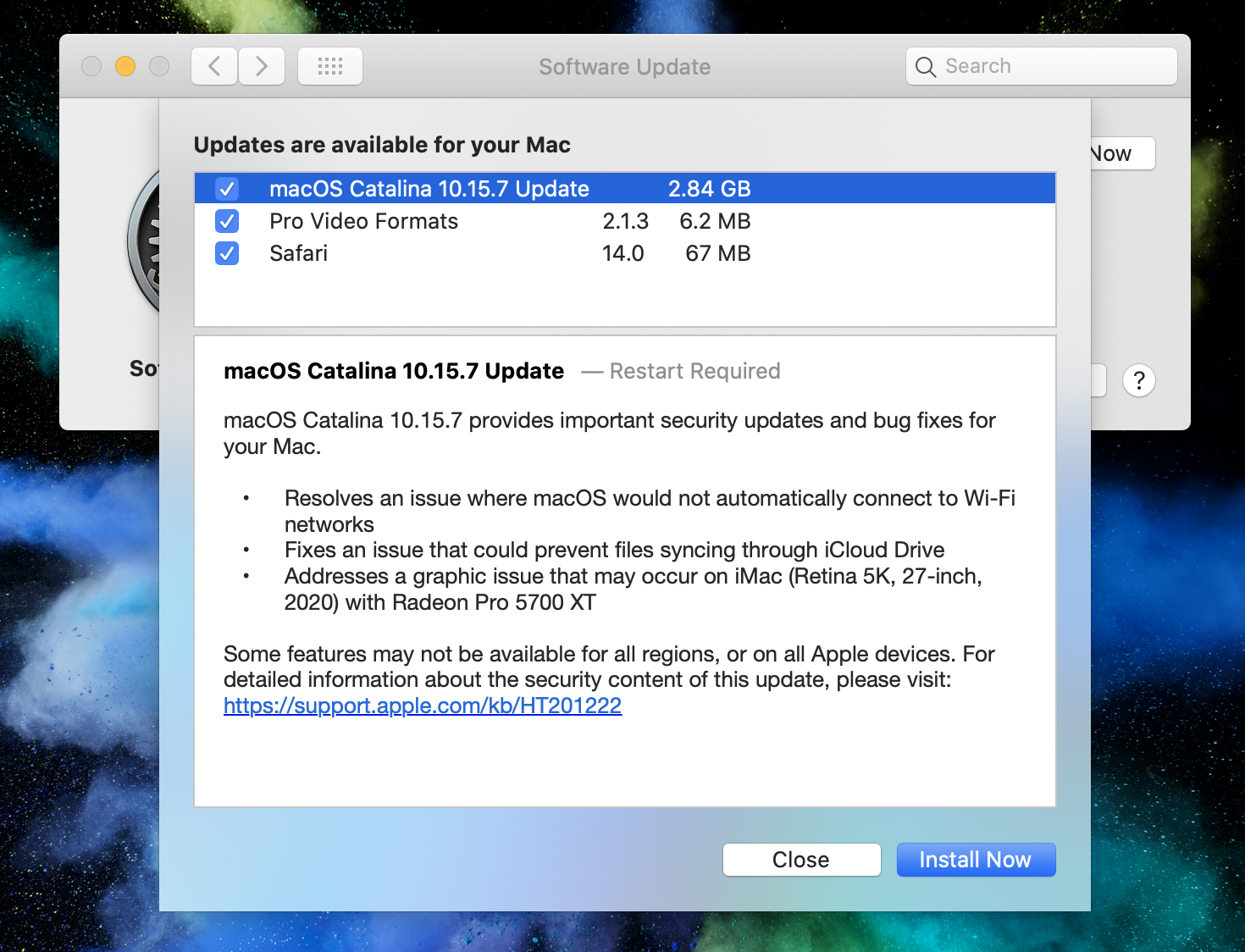 Apple has released several updates for Mac today including macOS 10.15.7 and new versions of Final Cut Pro X and iMovie that squash a number of bugs and improve stability. macOS 10.15.7 includes fixes for a WiFi issue and an iMac graphics card issue. The FCP X update solves problems with brightness levels, keyframes, exporting, and more.

First up, macOS 10.15.7 comes about a month after we saw 10.15.6 arrive last month with fixes for a virtualization issue and trouble with the 2020 iMac display. macOS 10.15.7 comes with fixes for a WiFi issue, problems with iCloud Drive syncing correctly, and a graphics problem with 2020 iMacs that have the Radeon Pro 5700 XT (the WiFi and iCloud Drive fixes previously arrived in a 10.15.6 supplemental update that Apple marked as a public release but turned out to be just for beta users).

The release also includes other security updates and bug fixes. macOS 10.15.7 is rolling out now, check System Preferences > Software Update to see if it’s landed on your Mac.

• Improves reliability when exporting an FCPXML that contains Compound clips

• Addresses an issue which could prevent sharing at certain resolutions

Finally, iMovie for Mac gets a minor update with two specific fixes: