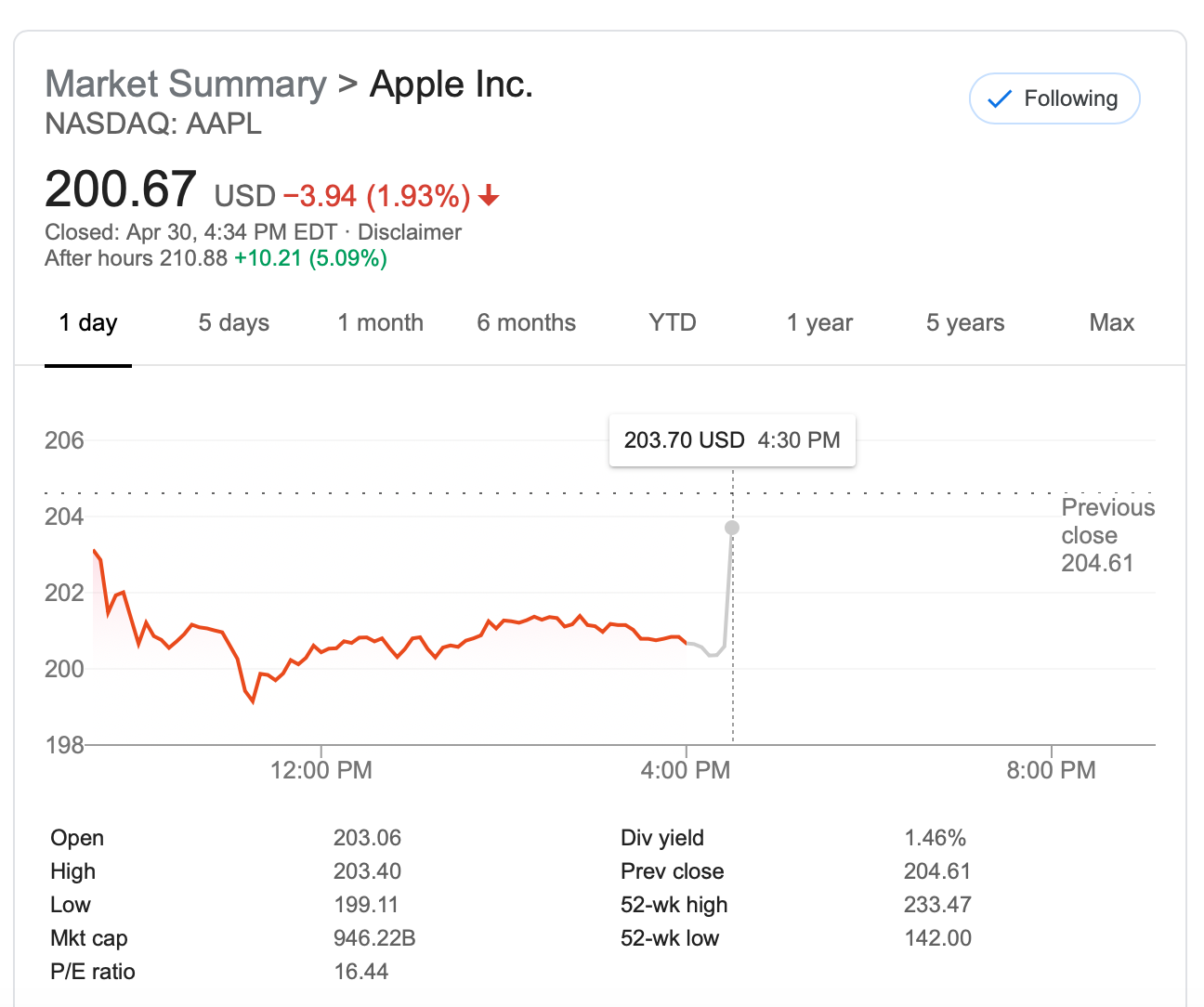 Apple earnings day is upon us, and with it we learn how the company performed since last quarter’s rare guidance revision. Apple forecasted revenue between $55 billion and $59 billion, down from $61.1 billion reported during the same quarter a year ago.

So how much money did Apple actually make during the first three months of the calendar year? $58 billion revenue and $11.56 billion profit. Apple no longer reports iPhone, iPad, and Mac unit sales numbers, a shift to reporting announced last year that started last quarter.

“Our March quarter results show the continued strength of our installed base of over 1.4 billion active devices, as we set an all-time record for Services, and the strong momentum of our Wearables, Home and Accessories category, which set a new March quarter record,” said Tim Cook, Apple’s CEO. “We delivered our strongest iPad growth in six years, and we are as excited as ever about our pipeline of innovative hardware, software and services. We’re looking forward to sharing more with developers and customers at Apple’s 30th annual Worldwide Developers Conference in June.”

“We generated operating cash flow of $11.2 billion in the March quarter and continued to make significant investments in all areas of our business,” said Luca Maestri, Apple’s CFO. “We also returned over $27 billion to shareholders through share repurchases and dividends. Given our confidence in Apple’s future and the value we see in our stock, our Board has authorized an additional $75 billion for share repurchases. We are also raising our quarterly dividend for the seventh time in less than seven years.”

Apple’s stock has climbed around 5% during after hours trading following the positive quarterly results:

You can listen live to the Apple Q2 2019 earnings call audio streaming at the top of the hour here, or listen back shortly after the call with Apple Podcasts.

While Apple no longer shares hardware unit sales, the company does provide this revenue breakdown by product category (we’ve sorted by size):

You can read the full report on Apple Newsroom. Stay tuned to 9to5Mac for more coverage from the earnings call with Tim Cook and Luca Maestri next.