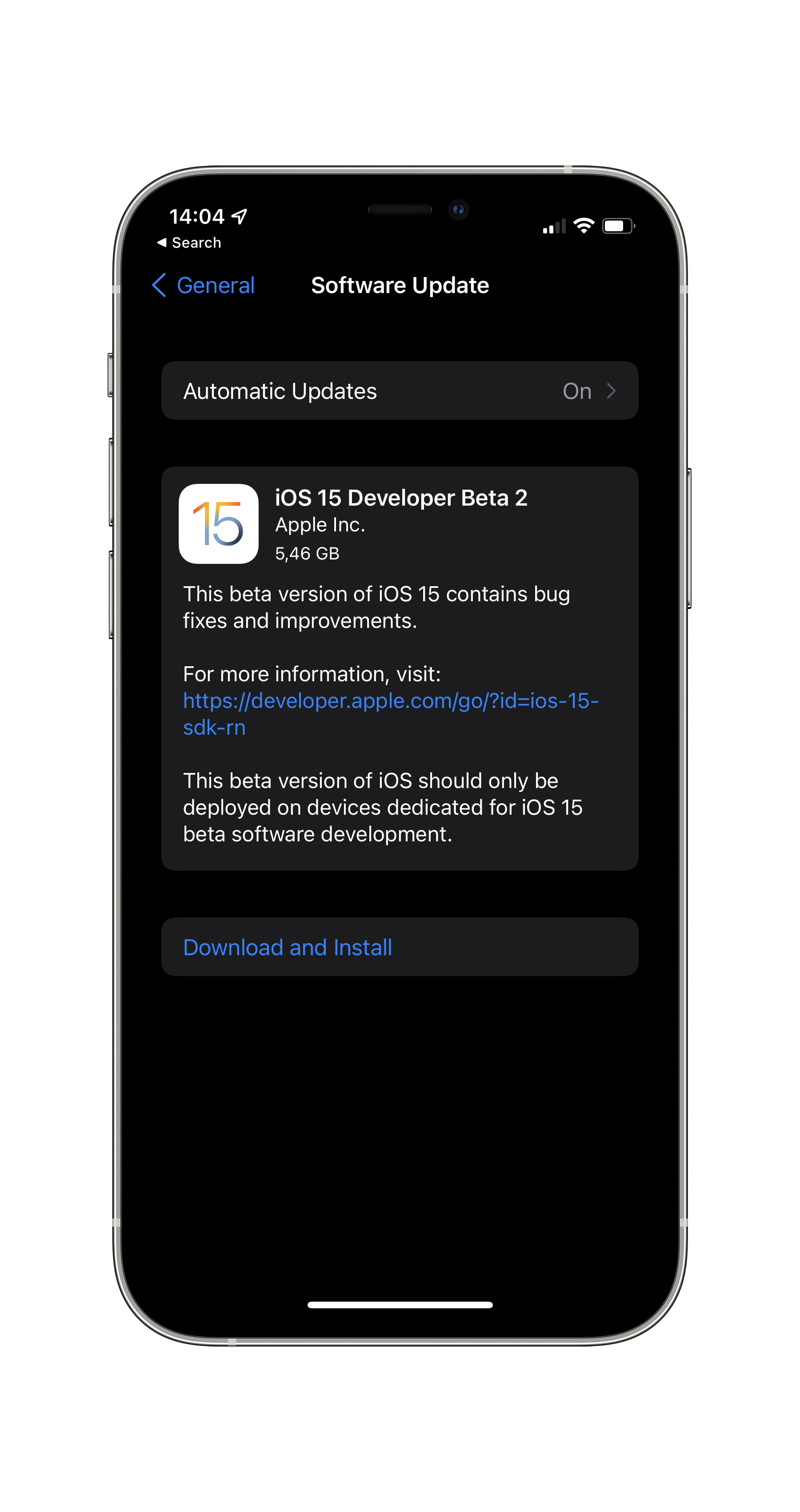 Just a few days after releasing iOS 15 beta 2 to developers, Apple has now released an updated build that is still labeled as the second beta. The new release, however, features an updated build number and is rolling out now via an over-the-air update.

The updated build of iOS 15 beta 2 is available to developers via an over-the-air update in the Settings app. As usual, if the update does not immediately appear for download, keep checking, as it sometimes takes a few minutes to roll out to all registered developers. The build number for today’s iOS 15 beta 2 release is 19A5281j, compared to 19A5281h for the beta released last week.

Notably, the first release of iOS 15 beta 2 was not available for the 9.7-inch iPad Pro with WiFi and Cellular. It could be that today’s release resolves this issue, but Apple decided to release an updated build for all users at the same time.

Apple’s new software version won’t be complete until the fall, at which point it will be released to the general public. Testers should still expect performance and stability issues when running the iOS 15 beta on primary devices for the time being.

Learn more about what’s new in iOS 15 and iPadOS 15 in our coverage below:

If you spot any changes in the iOS 15 beta, let us know in the comments below or on Twitter @9to5Mac. Stay tuned for our full hands-on coverage with the new releases right here at 9to5Mac today and throughout the rest of the week.