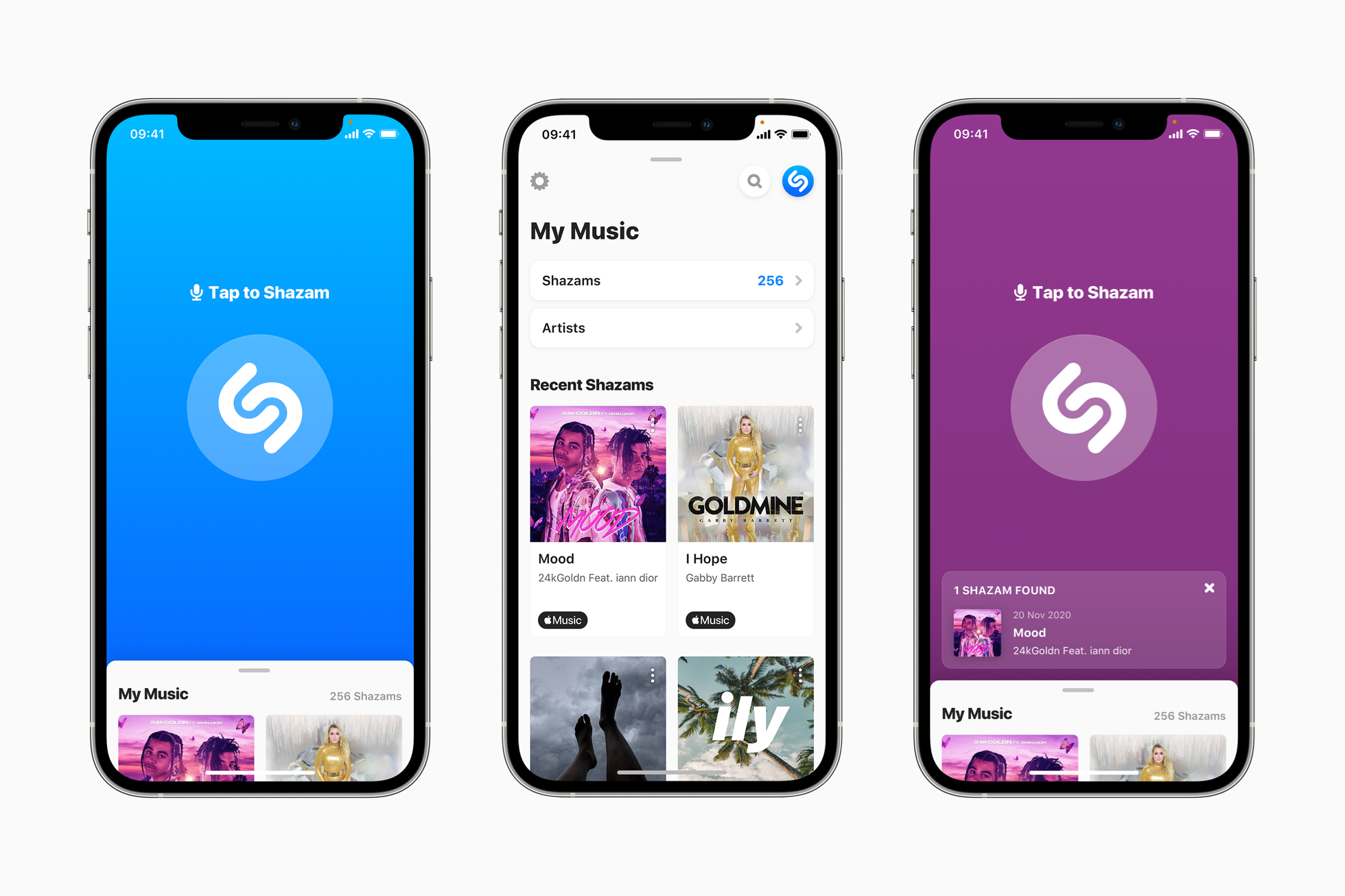 Apple today overhauled the Shazam iOS app with a new look, modernizing the user interface and bringing the design language in line with recent UI updates to Apple Music.

Upon launching the app, the screen is dominated by the central Tap to Shazam button with access to recently identified music revealed by swiping up. Apple is also adding the ability to identify songs through a web browser for the first time, available in beta now at Shazam.com.

Last month, the company announced that Shazam was seeing in excess of 200 million monthly active users across its iOS and Android apps. Apple acquired Shazam in 2017, citing synergies with its music business.

The new Shazam UI makes the app feel more at home with modern iOS design trends, although it continues to feature some cross-platforms quirks like a vertical three-dot more button, an Android paradigm.

The primary task of song identification is conveniently prioritized, with access to previously Shazamed tracks found in a pull-up drawer found at the bottom of the screen.

The update also increases the reliability of syncing Shazam tracks to either Apple Music or Spotify.

Apple has also launched Shazam song identification as a web experience for this first time. Available at Shazam.com, users can Shazam tracks through their web browser. The feature is launching in beta and is currently compatible with Safari, Chrome and Firefox on macOS and Chrome OS.

You can get the new Shazam update for free in the App Store.