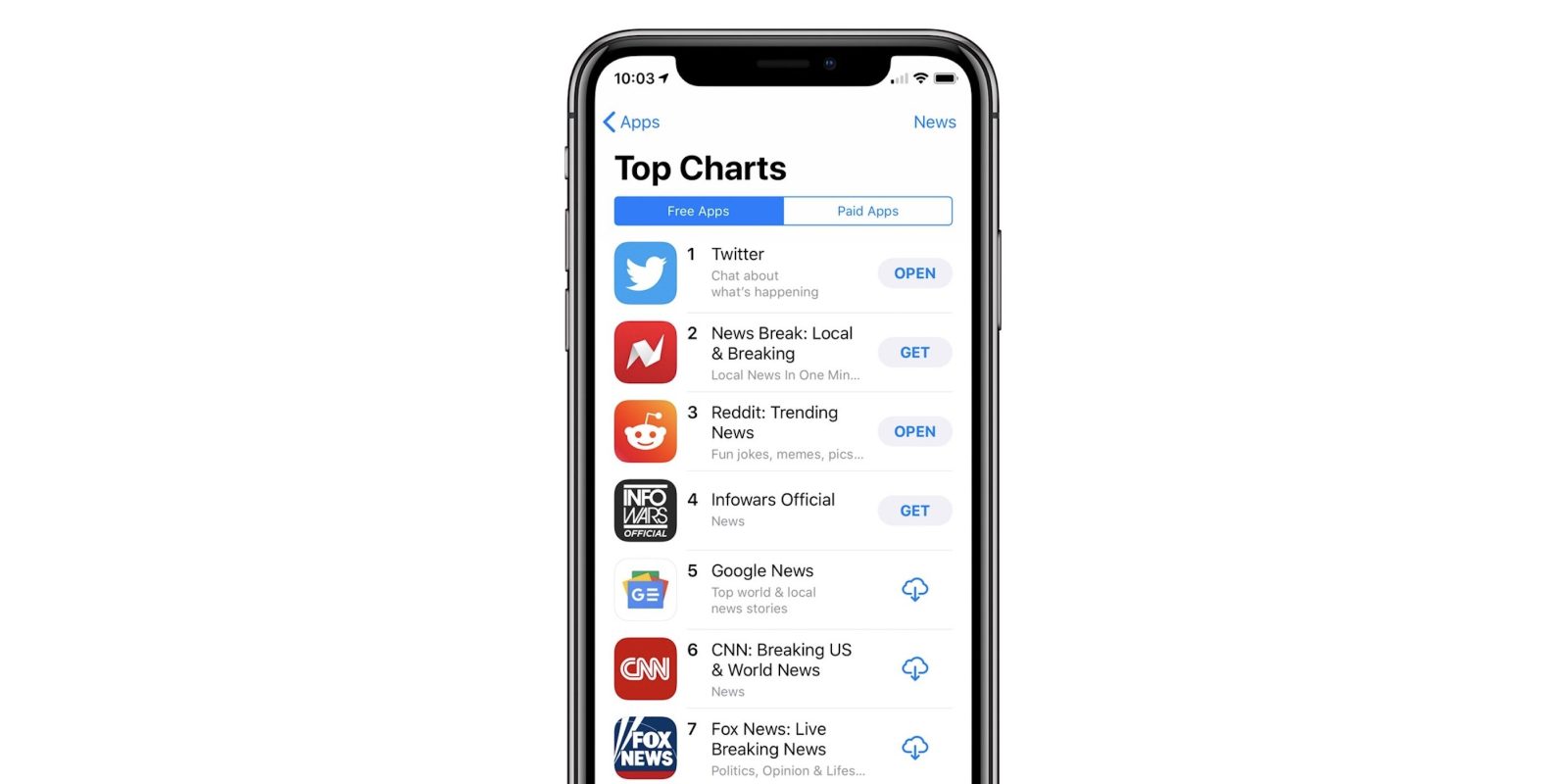 A month after removing Infowars podcasts from Apple Podcasts, Apple today has removed the Infowars application from the App Store. The company confirmed the decision to BuzzFeed News late on Friday evening.

“Defamatory, discriminatory, or mean-spirited content, including references or commentary about religion, race, sexual orientation, gender, national/ethnic origin, or other targeted groups, particularly if the app is likely to humiliate, intimidate, or place a targeted individual or group in harm’s way.”

Apple confirmed that the ban of the Infowars application is permanent and that the application will never be allowed back on the App Store.

When Apple removed five Infowars podcasts from Apple Podcasts, the obvious question many asked was why Infowars application was allowed to remain on the App Store. At the time, Apple defended its decision by saying the App Store is home to “all points of view,” though it did not that it continuously monitors applications for violations of tis violations and removes them as necessary.

The Inforwars application on iOS allowed users to read articles from the website, as well as listen to programming from Alex Jones. Following the removal of Infowars podcasts, the Infowars app skyrocketed in popularity, with Apptopia telling BuzzFeed News that the app has logged more than 600,000 hours spent in-app as of August

Apple’s decision comes just a day after Twitter permanently banned Infowars and Alex Jones from its platform. Jones was present in Washington D.C. earlier this week while the Senate Intelligence Committee grilled Facebook and Twitter on election interference and other topics. While in D.C., video showed Jones harassing executives, reporters, and politicians.