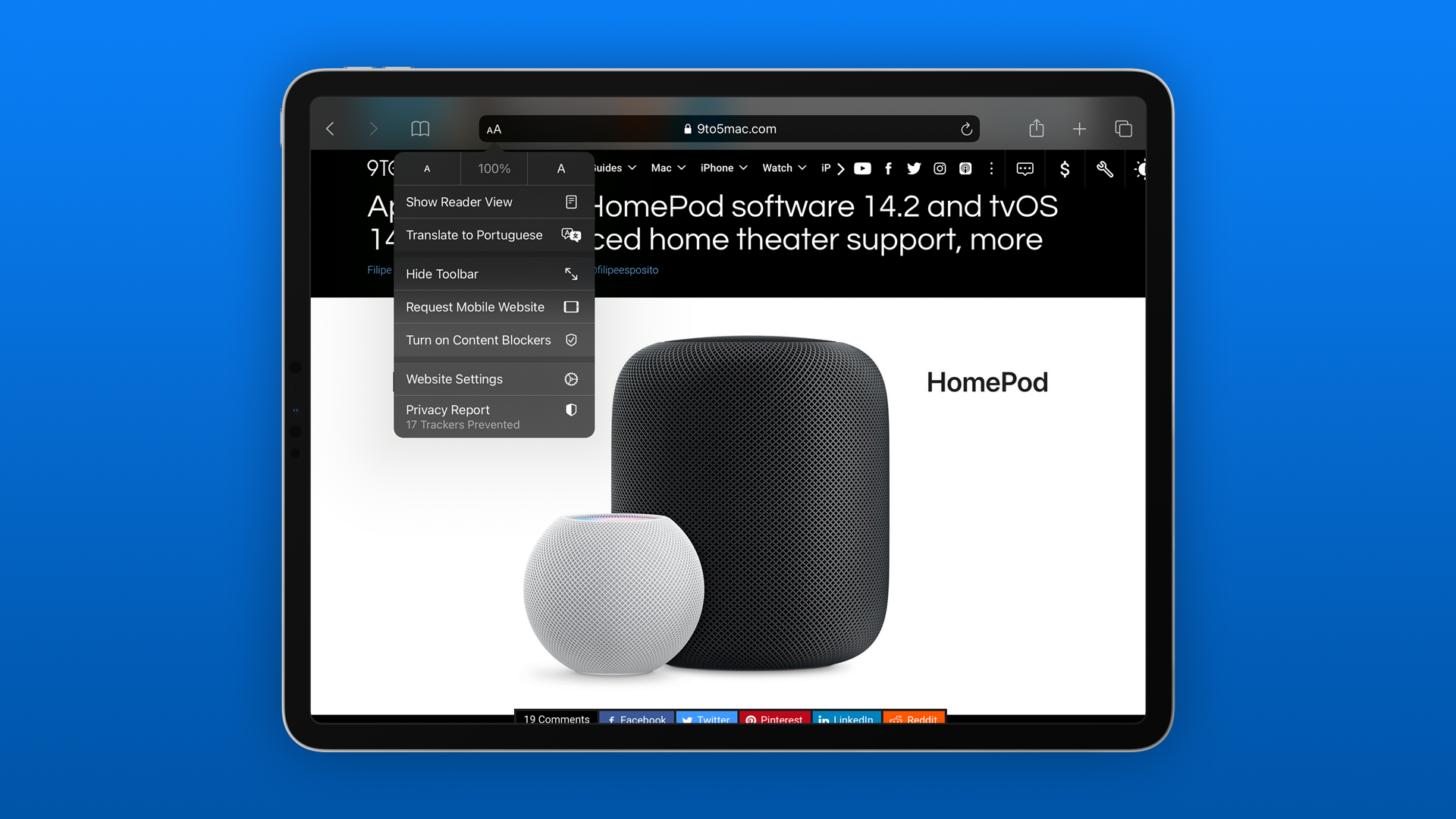 Apple introduced its own translator this year, which comes as a standalone app on the iPhone and also as a built-in feature in Safari for iOS 14 macOS Big Sur users. Although the Translate app works with 11 languages, the built-in Safari translator was restricted to some regions — which is changing now as Apple is now rolling out this option to more countries.

Some 9to5Mac readers from countries like Brazil and Germany told us that the translating option is now working in Safari, which is something that has definitely changed today. I was able to confirm that the Safari translator is now working on my devices with the system region set to Brazil.

Based on users’ reports, Apple has remotely enabled the translate option as it is working on iOS 14.1 and also on the recently released iOS 14.2. The same goes for macOS Big Sur beta and Release Candidate.

With this feature, you can quickly translate texts from any webpage written in a language other than yours. Both the Translate app and the Safari translator work with the following languages: Arabic, Chinese, English, French, German, Italian, Japanese, Korean, Portuguese, Russian, and Spanish.

Let us know in the comments below if the Safari translator is now working for you, and don’t forget to check our guide on how to use it on the iPhone and iPad.