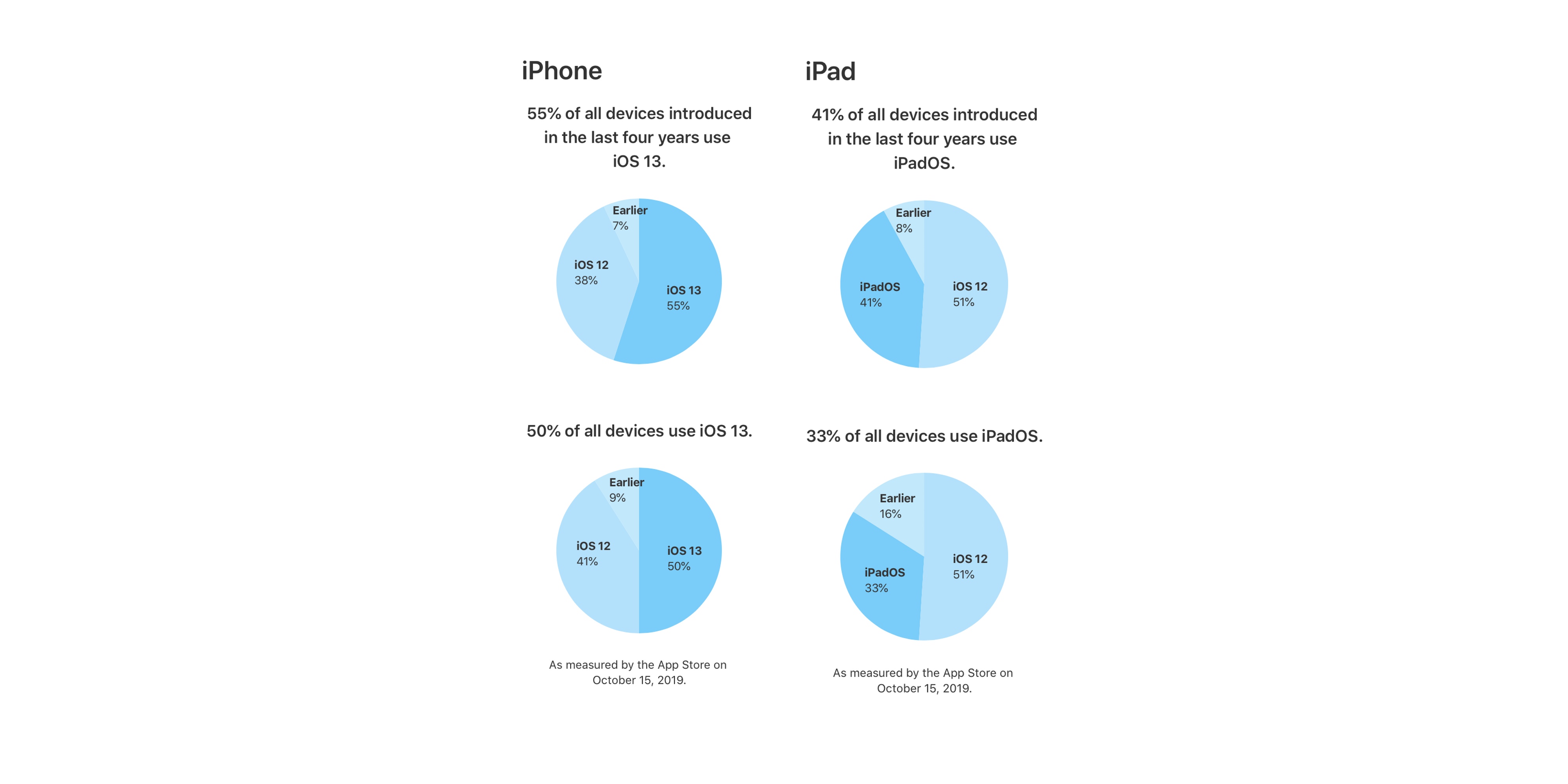 Apple today has offered its first official look at iOS 13 and iPadOS 13 adoption so far. The company says that 50% of all iPhone and iPod touch devices now run iOS 13, while 33% of iPads now run iPadOS.

In comparison to iOS 12 (according to data published by Apple on October 11, 2018), adoption of iOS 13 among the entire user base is identical at 50%. In terms of devices introduced in the last four years, iOS 13 is slightly ahead at 55% compared to 53% last year.

Something to consider when comparing that data is that the iOS 12 install base included iPads, whereas the iOS 13 install base does not. This is due to the separation of iOS and iPadOS this year.

Apple is also offering specific adoption information for iPadOS. Note that these numbers are likely lower because iPadOS 13 was released almost a week later than iOS 13.

Apple’s usage data is based off visits to the App Store as of October 15. The company introduced the “four years” time metric last year, presumably as a way to avoid having devices that can’t update to the latest version of iOS dragging down the adoption percentages.

The release cycle for iOS 13 and iPadOS 13 has been quite a bit different than iOS 12. Apple has already released iOS 13.1, iOS 13.1.1, iOS 13.1.2, and iOS 13.1.3 with various bug fixes and performance improvements. iOS 13 has been criticized for being unstable for some people, and these swift updates have been Apple’s way of trying to fix the issues.

Apple is currently beta testing iOS 13.2, which includes new emoji and various other changes. These sort of .1 and .2 releases often drive adoption of flagship iOS releases, especially when they include new emoji.