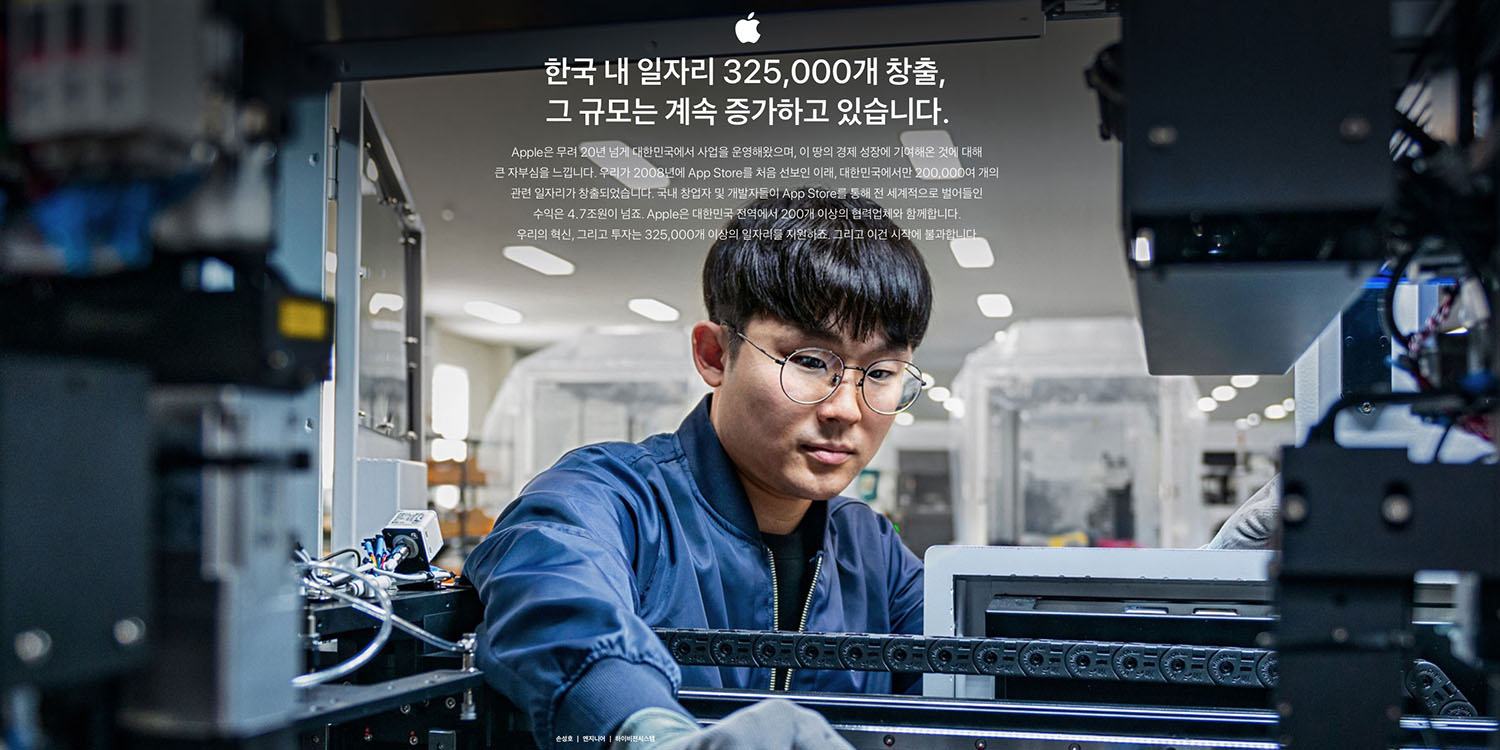 Apple has created a new web page announcing that it has “directly and indirectly” created more than 325,000 jobs in South Korea, home to supplier and rival Samsung.

It says that around 200,000 of these are associated with the App Store, suggesting that the majority of these jobs are in independent software development businesses…

Apple has been operating its business in the Korean market for over 20 years and takes pride in contributing to the economic growth of the country.

In Korea, Apple raises more than 4.7 trillion won ($3.9 billion) in profit from the App Store and cooperates with over 200 companies across the country.

The American tech giant also officially revealed that the company started sourcing high-tech stainless materials from Korea’s biggest steelmaker Posco for its latest iPhone X. It is the first public announcement on a partnership with a Korean company.

“Apple and Posco began a journey together in 2016 and made best efforts to develop a new kind of stainless (steel),” the company said.

Netmarble, a Korean gaming publisher, is another partner of Apple on its App Store, according to Apple.

The Korean firm worked together with Apple to publish over 300 mobile games on the App Store. The company’s sales via mobile gaming surged from 5% in 2012 to 95% in 2018.

The paper suggests that mentioning the 325,000 jobs is a PR initiative to try to stave off calls for local taxes on tech giants.

The rare announcements come amid growing calls for international tech giants like Apple, Google, Facebook, and Amazon to pay a fair portion of taxes in accordance with their sales and profits generated in Korea […]

“The government once considered introducing a tax on those multinational IT companies several years ago, but decided to follow international moves,” said an official at the ICT Ministry. “Korea will look at an upcoming report by OECD on the issue and consider the taxation.”

Although Google is the primary focus at present, all tech giants are believed to be coming under scrutiny.

Korea is considering following the example of France, which last year announced that it will impose a new levy on global tech giants who pay a lower rate of taxation than local companies due to the way they manage their international accounting. The G20 has also agreed a deadline for a global tax crackdown on tech giants considered to be using aggressive tax-avoidance measures.