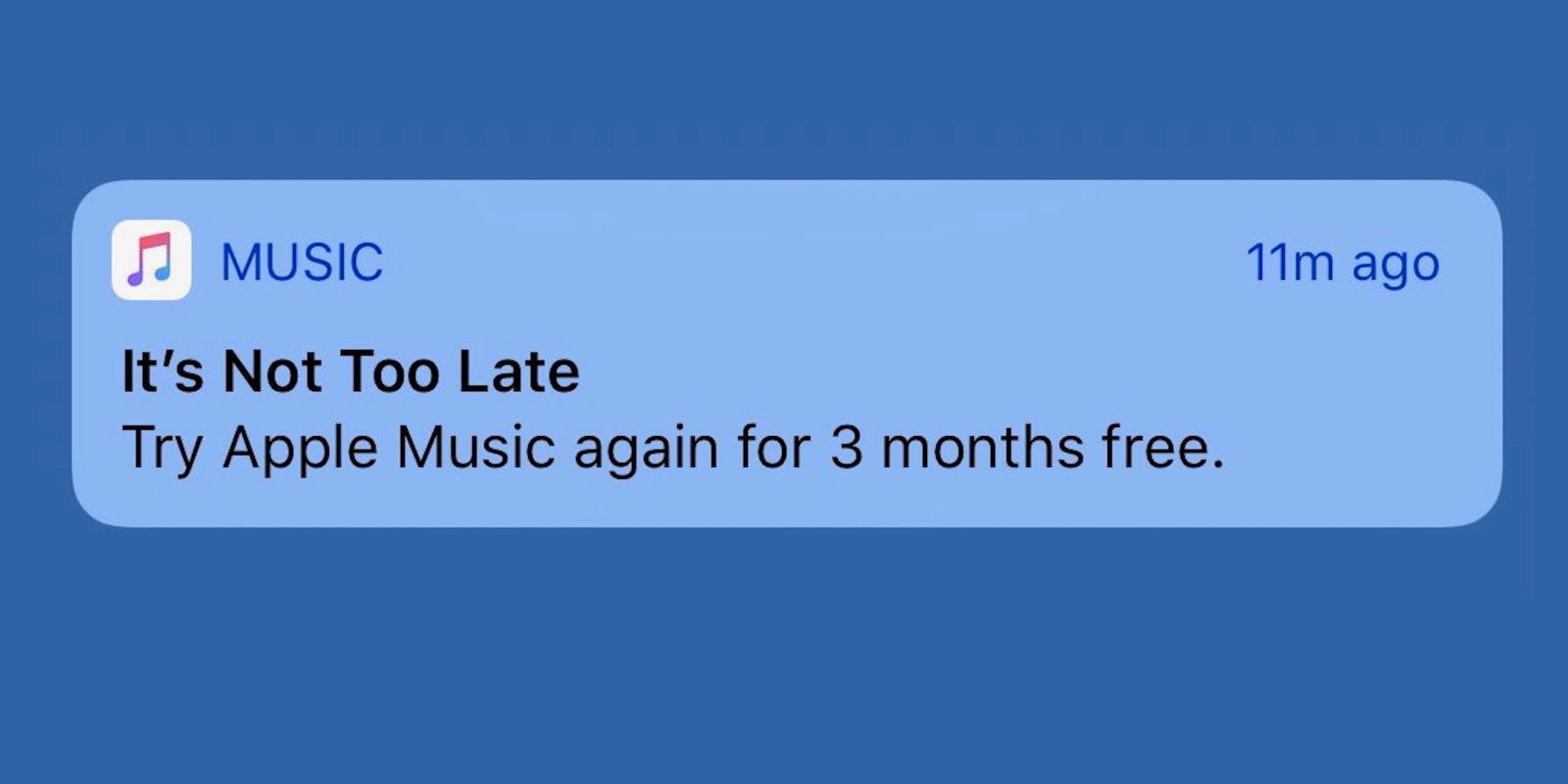 Over the last week, it appears that Apple has been sending iOS users mass push notifications with Apple Music free trial offers. The notifications seem to target who were at one point an Apple Music user, but canceled their membership or never used the service beyond their initial free trial.

Users took to Twitter last night to share screenshots of the various notifications Apple sent regarding Apple Music. One version of the notification touted that “We’ve changed,” while another said that “It’s not too late.”

Apple touted that users could come back to Apple Music and get 3 months of the service for free. While Apple regularly offers 3-month trials for Apple Music, these notifications in most cases are seemingly offering a second 3-month free trial.

Based on the timing of Twitter reports, Apple sent a small batch of notifications to former Apple Music subscribers last week. Yesterday, however, it seems Apple pushed a much larger round of notifications.

Developers have been quick to point out that Apple’s use of notifications appears to violate its own App Store guidelines. Apple says that push notifications should not be used for direct marketing purposes:

Push Notifications must not be required for the app to function, and should not be used for advertising, promotions, or direct marketing purposes or to send sensitive personal or confidential information. Abuse of these services may result in revocation of your privileges.

Have you received one of these Apple Music push notifications? If so, were you a subscriber in the past or did you simply use the initial Apple Music free trial? Let us know down in the comments.

I liked mine better pic.twitter.com/cCEQR0yee1

Apple Music really just sent me a notification saying “come back we’ve changed” like some toxic ex. Spotify has been treating me so good, thanks but no thanks ma’am

“We’ve changed” Apple Music talking to me like an ex girlfriend pic.twitter.com/wxNqiV9kYd

How is Apple Music promoting a trial via random Push Notification not a violation of their own App Store guidelines?

“4.5.4 Push Notifications must not be required for the app to function, and should not be used for advertising, promotions, or direct marketing purposes…” pic.twitter.com/98ceT6i19y