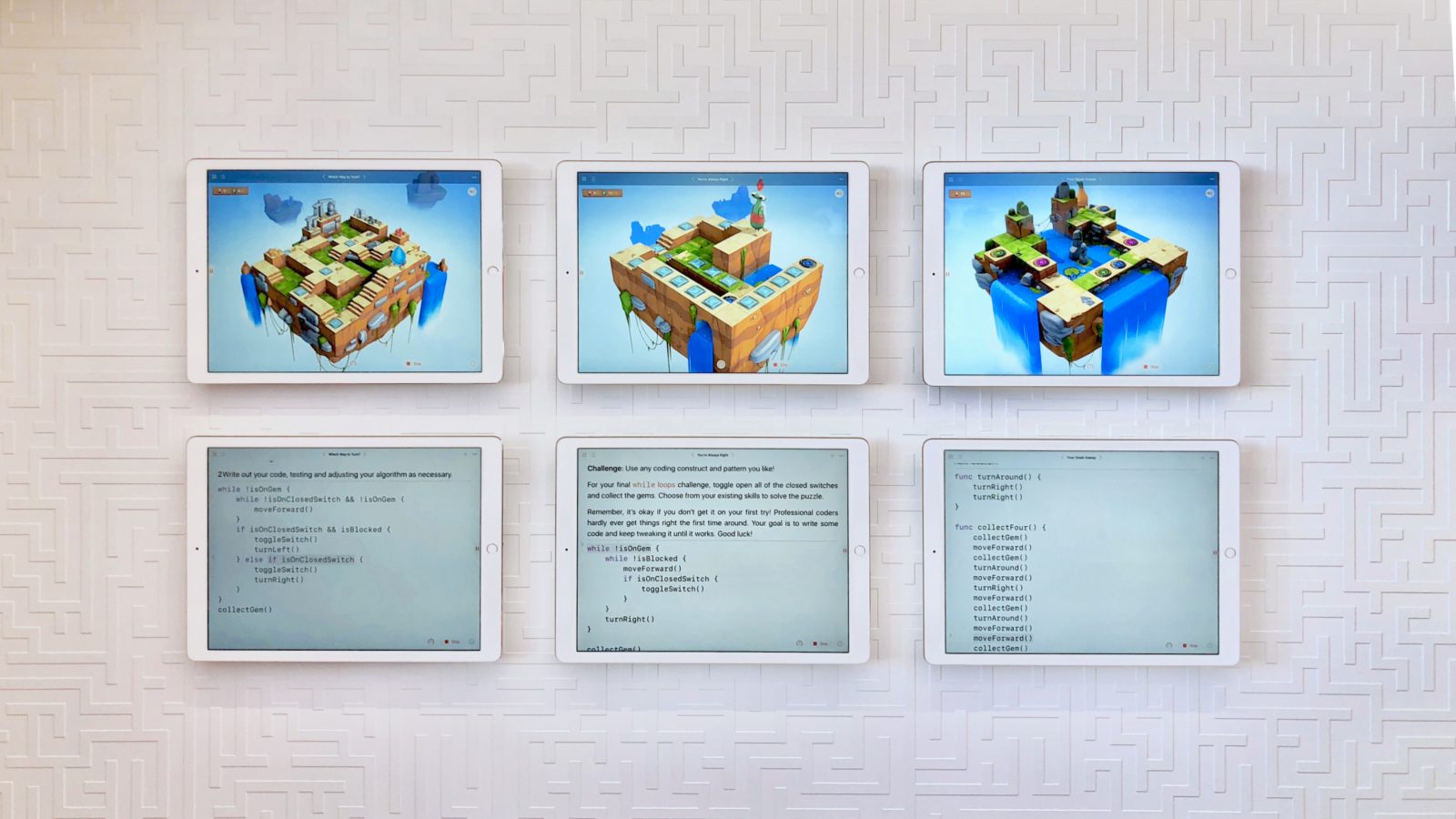 Beginning tomorrow, Apple stores across Europe will offer an increased number of Today at Apple sessions focused on programming with Swift. The initiative is in celebration of EU Code Week, an annual program celebrating the importance of learning how to code.

Apple stores across the world already offer Today at Apple content based around Swift and Swift Playgrounds. Perhaps most notable is a Kids Hour session where participants learn how to guide a Sphero Robot through a maze. The session has become a favorite for children of all ages, and the mazes themselves have become works of art.

From October 6-21st, European residents will have more opportunities than ever to attend sessions at their local stores. Apple has promised that at least one session will be held in every store in Europe every day, amounting to over 2,000 in total. Those looking to attend can search for event listing on the Today at Apple webpage or by visiting the EU Code Week site.

Apple stores participated in EU Code Week in 2017, too. While fewer sessions were offered last year, Apple stated its goals for the year ahead at the time:

Apple plans to offer more than 6,000 coding sessions across Europe in the next year as part of Today at Apple programmes at over 100 retail stores in ten countries.

Checking in one year later, the company appears to have exceeded its own expectations, offering an updated statement:

Over 75,000 attendees have taken part in more than 14,000 coding sessions at Apple stores across Europe in the past year.

Coding sessions are closely tied to Apple’s Everyone Can Code curriculum, a program that was supplemented this week by the release of the Everyone Can Create curriculum on iBooks. In Europe, Apple’s Regent Street store will also be offering special art sessions this month in partnership with The Big Draw.

Follow along with 9to5Mac‘s retail guide for all Apple store news.