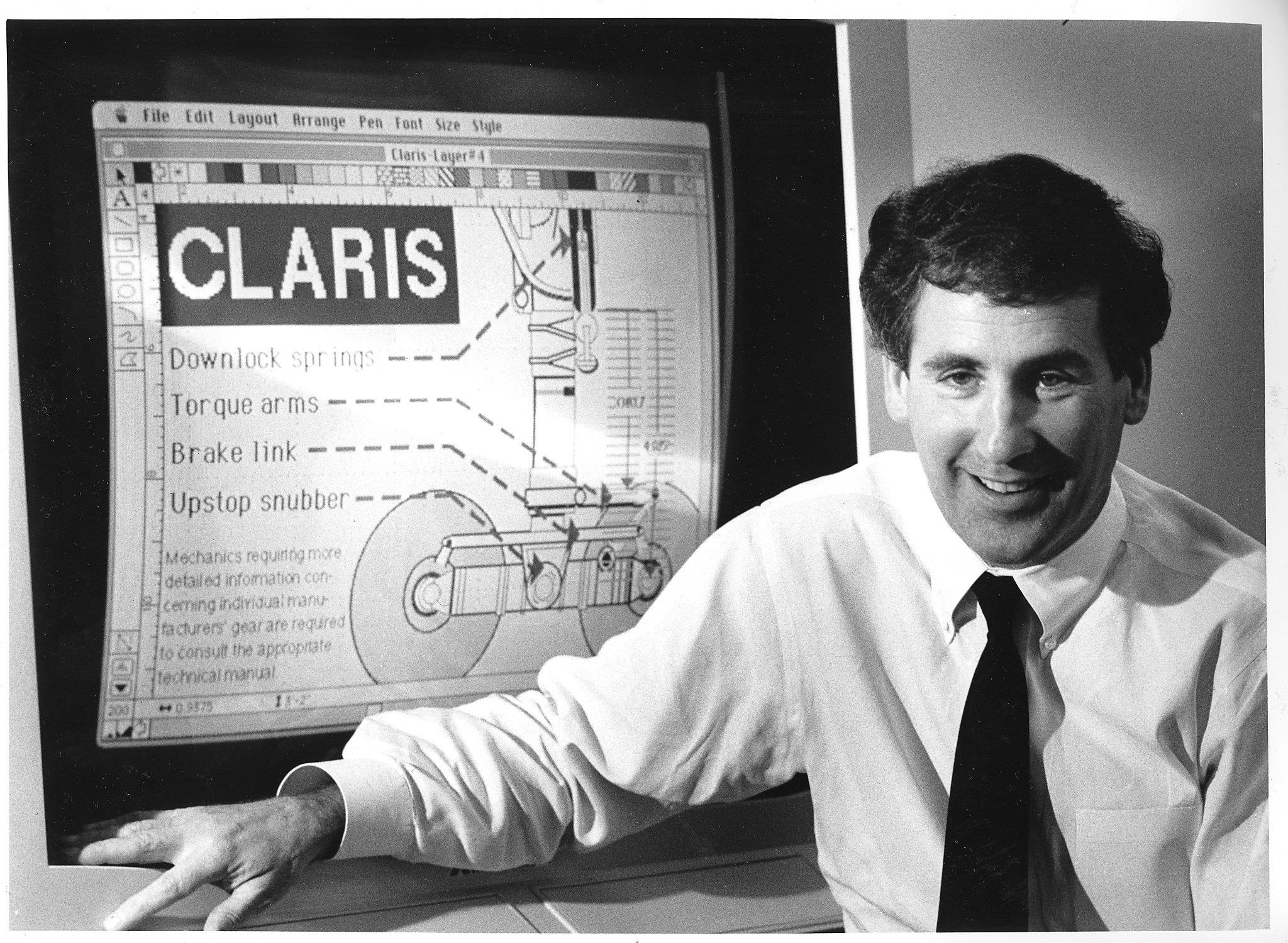 Apple subsidiary FileMaker has announced today that it is rebranding to Claris, a name that likely sounds familiar if you’ve been an Apple user since the early days. While the core FileMaker product will remain the same, the company itself is changing its name to Claris International.

Claris was a 1987 spin-off of Apple responsible for things like MacWrite, MacPaint, and FileMaker. In 1998, Apple brought all those initiatives in-house, except for FileMaker, which remained a separate Apple subsidiary. Things are now seemingly coming full circle. The Claris brand was first created by the late Bill Campbell. (Read about Clarus the Dogcow here.)

“Claris stems from the Latin root ‘clarus,’ which means ‘clear, bright and shining,’” said Brad Freitag, Claris CEO. “Nothing better encapsulates the company’s mission: to empower the problem-solver with smart solutions that work for their business. With the integration of Stamplay, our customers can unlock their data across hundreds of cloud services, bringing even more utility to their apps.”

Claris says that the FileMaker service has been profitable for over 80 consecutive quarters and has a customer base of 50,000 with over 1-million end-users. The FileMaker service will remain the same through this rebrand and other changes at the company.

Claris also announced that it has acquired Stamplay, a startup focused on helping businesses integrate third-party cloud services into their applications.

Going forward, Claris says that it will invest heavily in areas like artificial intelligence, augmented reality, and more. CEO Brad Freitag hopes to grow the company by at least 3x over the next five years and plans to push the Claris and FileMaker names even more. Speaking to TechCrunch, Freitag said that Claris is “investing heavily in organic innovation” as it expands product lines, and is open to additional acquisitions.

Read the full press release below.

In addition, the company announced its acquisition of Stamplay, a service that helps businesses of all sizes integrate data from third-party cloud services into their apps with easy-to-use connectors. Claris has fully integrated this service and unveiled a new offering, Claris Connect. This service will provide customers with a simple and intuitive interface to unlock data across their apps, saving them from the task of custom-building, backend integrations. The Connect team will continue to be led by former Stamplay CEO, Giuliano Iacobelli.

“Claris stems from the Latin root ‘clarus,’ which means ‘clear, bright and shining,’” said Brad Freitag, Claris CEO. “Nothing better encapsulates the company’s mission: to empower the problem-solver with smart solutions that work for their business. With the integration of Stamplay, our customers can unlock their data across hundreds of cloud services, bringing even more utility to their apps.”

Mr. Freitag was appointed FileMaker CEO in March after six years with the company in global sales. He has set an ambitious strategy to multiply the company’s customer base over the next three years. By extending the platform as a modern combination of custom apps and third-party cloud services, customers can now solve problems faster and build applications that have no limits on their capabilities.

Claris began as an Apple product in 1984 and FileMaker was developed under the Claris name. FileMaker became an Apple Subsidiary in 1998 and has since grown to 50,000 customers and more than one million end-users, while consistently profitable for 80+ quarters.

Claris Connect will be available by invitation this fall and available for wider distribution in 2020. To learn more about Claris, and its offerings, visit www.claris.com.

Claris, Inc. is a Workplace Innovation Platform that offers a suite of services for teams of a few to a few hundred who are stuck in a work rut that neither appliance apps nor enterprise systems can help them escape. The company’s service offerings, Claris Connect and FileMaker, allow problem solvers to quickly solve a universe of unique problems – even as they change. FileMaker is available in 11 languages and there are more than one million users under active subscription. Claris, Inc., is an Apple subsidiary.