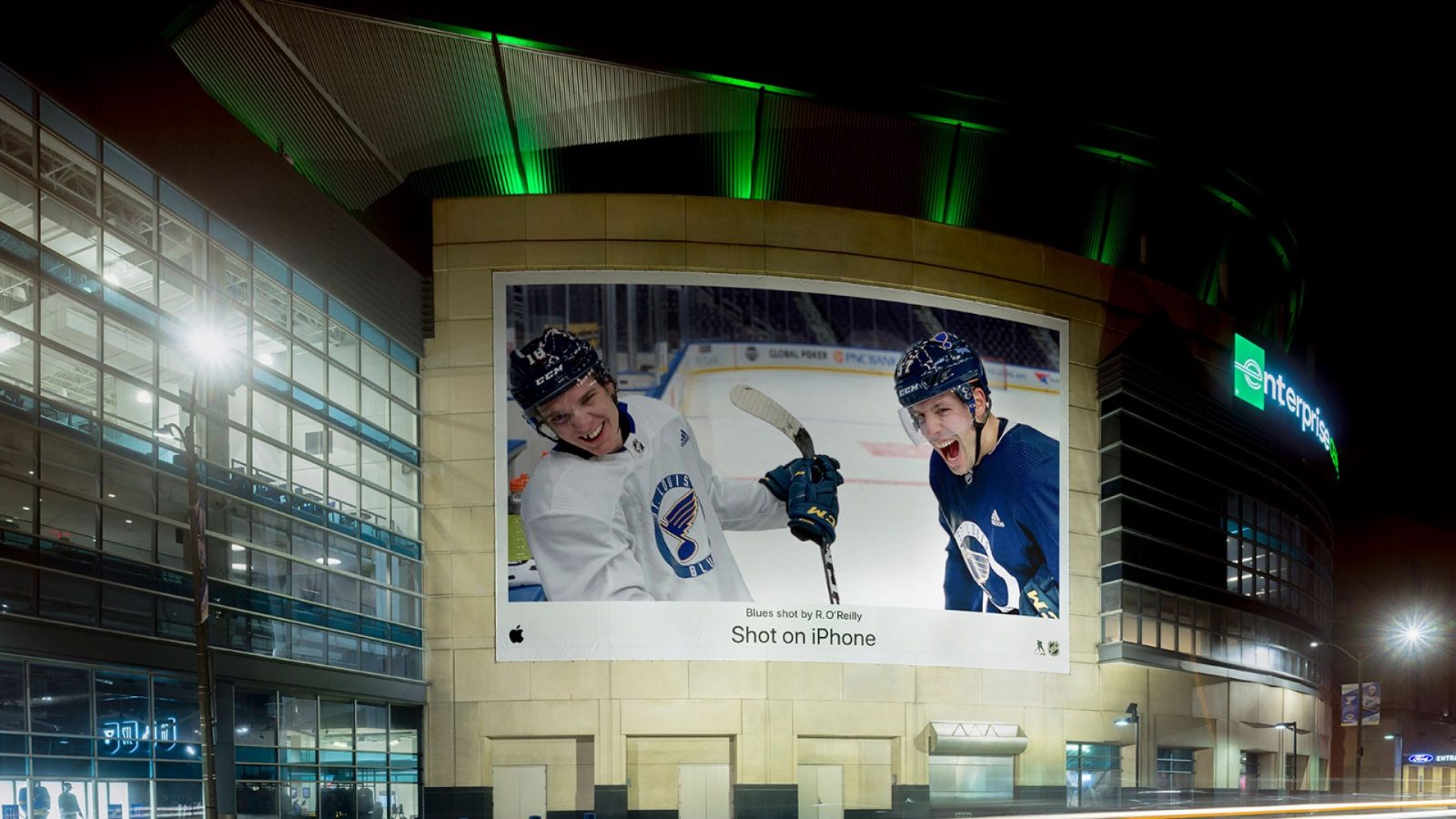 Apple’s Shot on iPhone campaign has exploded over the past several years. Today, the company is putting up more billboards using the tagline but rather than taking photos shot by normal people, the company is highlighting shots taken by NHL stars.

As reported by Muse by Clio, Apple has already had a relationship with the NHL in the past, and this new campaign is simply strengthening it. Apple is partnering with eight NHL teams to highlight their work: the Tampa Bay Lightning, Washington Capitals, St. Louis Blues, Edmonton Oilers, Carolina Hurricanes, Arizona Coyotes, Ottawa Senators, and Philadelphia Flyers.

Apple began putting up the billboards on Tuesday, demonstrating photos of NHL players taken by their teammates. These billboards are being displayed at each team’s arena.

Billboards started going up on Tuesday featuring candid photos—shot on the iPhone, of course—of NHL players, taken by their teammates. They are appearing on giant placements at each team’s arena.

But that’s not all. More photos and videos will be coming out through social media over the coming weeks. Photos are being taken with the iPhone XS’ dual-camera system.

Apple’s Shot on iPhone campaign has become a truly successful marketing strategy for the company. In fact, the company announced the winners of its first Shot on iPhone Challenge yesterday, with users submitting photos from all over the world.

You can find a gallery of the new NHL photos here.