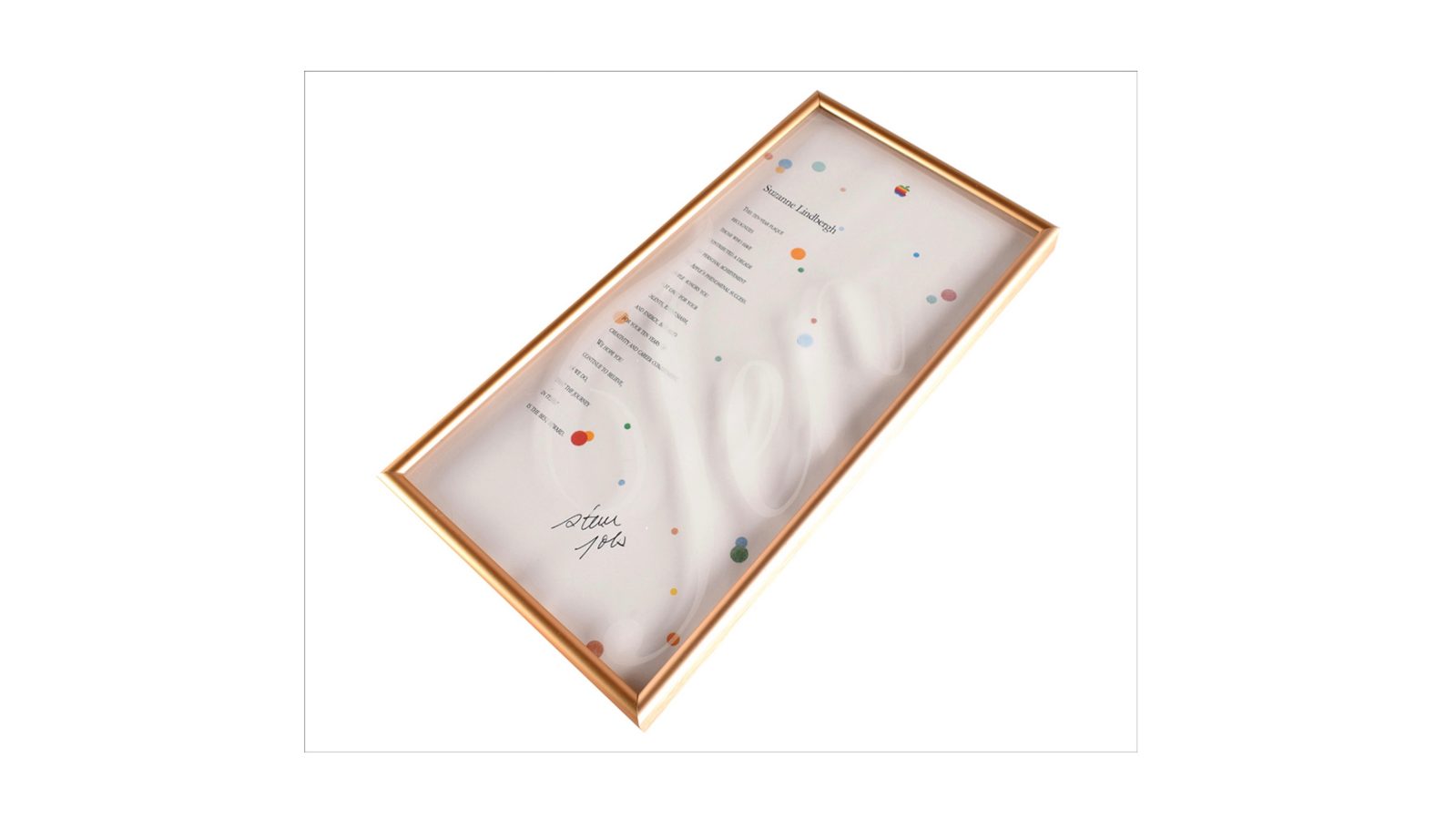 Memorabilia from the early years of Apple regularly goes up on the auction block ranging from early Mac computers, manuscripts, and more. This week, we’re seeing a “ten years of creativity” plaque signed by Steve Jobs go up for action, as well as a unique version of the Apple-1 operation manual.


The plaque is a rather unique piece of Apple memorabilia. It was issued to Suzzane Lindbergh in 2000 and a way to “recognize those who have contributed a decade of personal achievement to Apple’s phenomenal success.” The plaque is estimated to fetch at least $15,000 during auction.

According to the RR Auction website, the plaque is one of the few actually signed by Steve Jobs. It was issued shortly after Jobs returned to Apple, and the company transitioned to facsimile signatures soon after that. The plaque is said to be in “fine condition with some light rippling.”

The text reads: “This ten-year plaque recognizes those who have contributed a decade of personal achievement to Apple’s phenomenal success. Apple honors you not only for your talent, enthusiasm, and energy, but also for your ten years of creativity and career commitment. We hope you continue to believe, as we do, that the journey in itself is the best reward.”

This plaque was issued shortly after Jobs returned to Apple, and is one of few authentically signed examples—the company soon transitioned to facsimile signatures on the anniversary awards.

Also going up for auction through RR auction is a signed photo of the Apple-1, as well as  a signed copy of the Apple-1 operational manual. The photo is signed by Steve Wozniak, while the manual is signed by Ronald Wayne who was an Apple co-founder. The set is expected to fetch over $200.