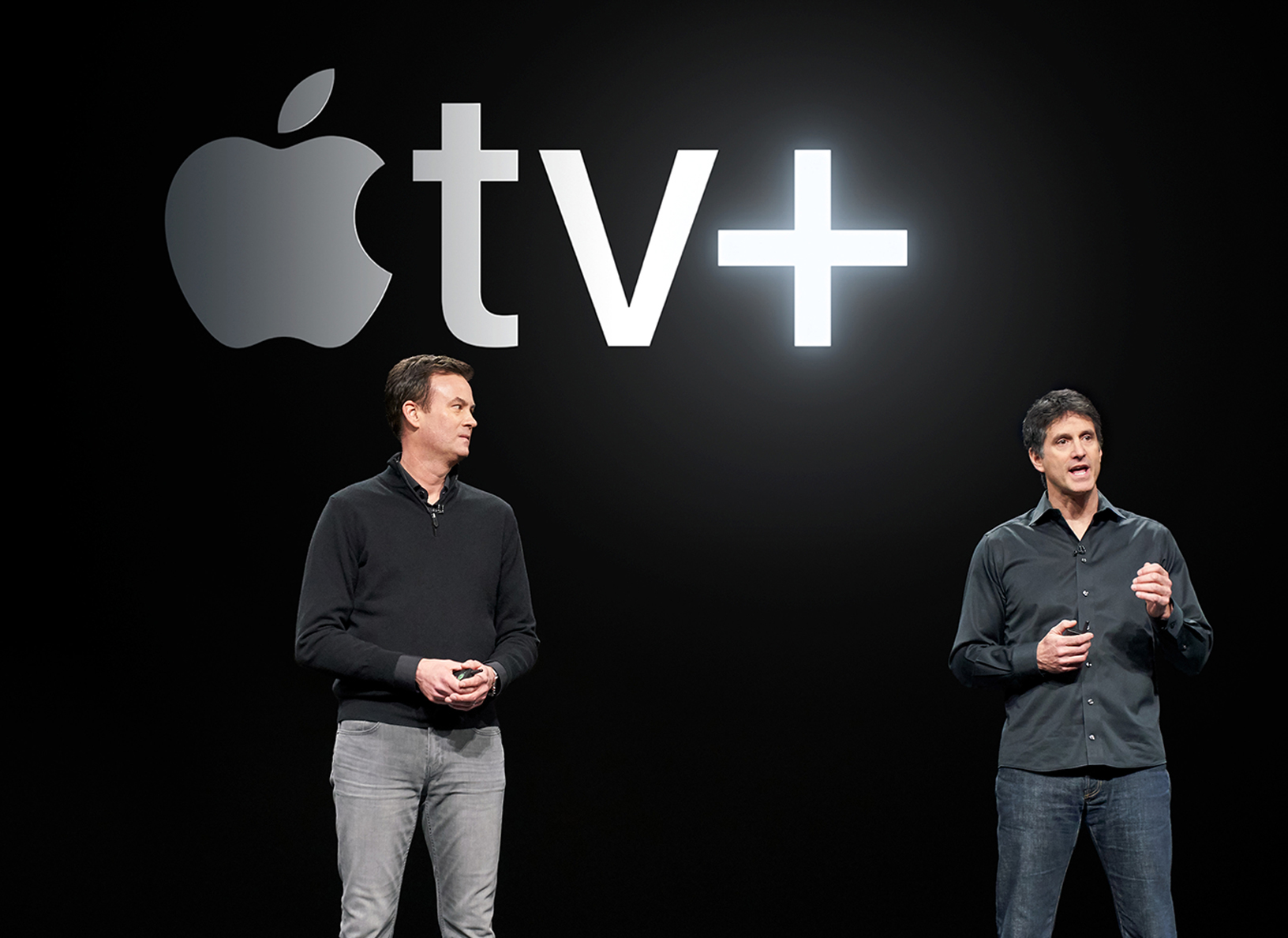 In a new interview with Variety, Apple’s head of worldwide video programming Zac van Amburg and Jamie Erlicht discuss the Apple TV+ streaming service ahead of its November 1 launch.

The execs say that Apple TV+’s first year of programming is bigger than they thought it would be, with at least one new TV show or movie every month. They tease that the investment is only ramping up, with even higher total number of originals in the second year.

Apple TV+ will face competition from the likes of Netflix, Disney+, and Hulu. Unlike its closest rivals, Apple is not offering a back catalog of library content. Instead, the company is focusing on developing wholly original programming with dramas, documentaries, comedies and more.

Whilst this means everything on Apple TV+ has never been seen before, it also means the amount of content in raw terms of hours of video is much less than its rivals.

The duo said when they joined Apple they spent time meeting heads of every division, in an effort to determine how to make Apple TV+ “feel seamless for the company”.

Erlicht says they are excited to finally release Apple TV+ but consider November 1st as ‘the starting line’ to a long journey. Despite a mediocre reaction from TV critics this week to the launch show lineup, Erlicht says that no data point will change their guiding principles on selecting content.

It’s not entirely clear what “a user interface that will change the way consumer watches video” will look like, or if Erlicht is simply referring to the ordinary TV app user interface. The duo have previously said they are looking for quality content and are not interested in checking off a list of demographics.

Apple TV+ launches this Friday, November 1st, for $4.99 per month. Purchases of a new iPhone, iPad, Mac, Apple TV or iPod touch qualify for a free year trial of Apple TV+. The subscription can be shared with up to six family members through Family Sharing.