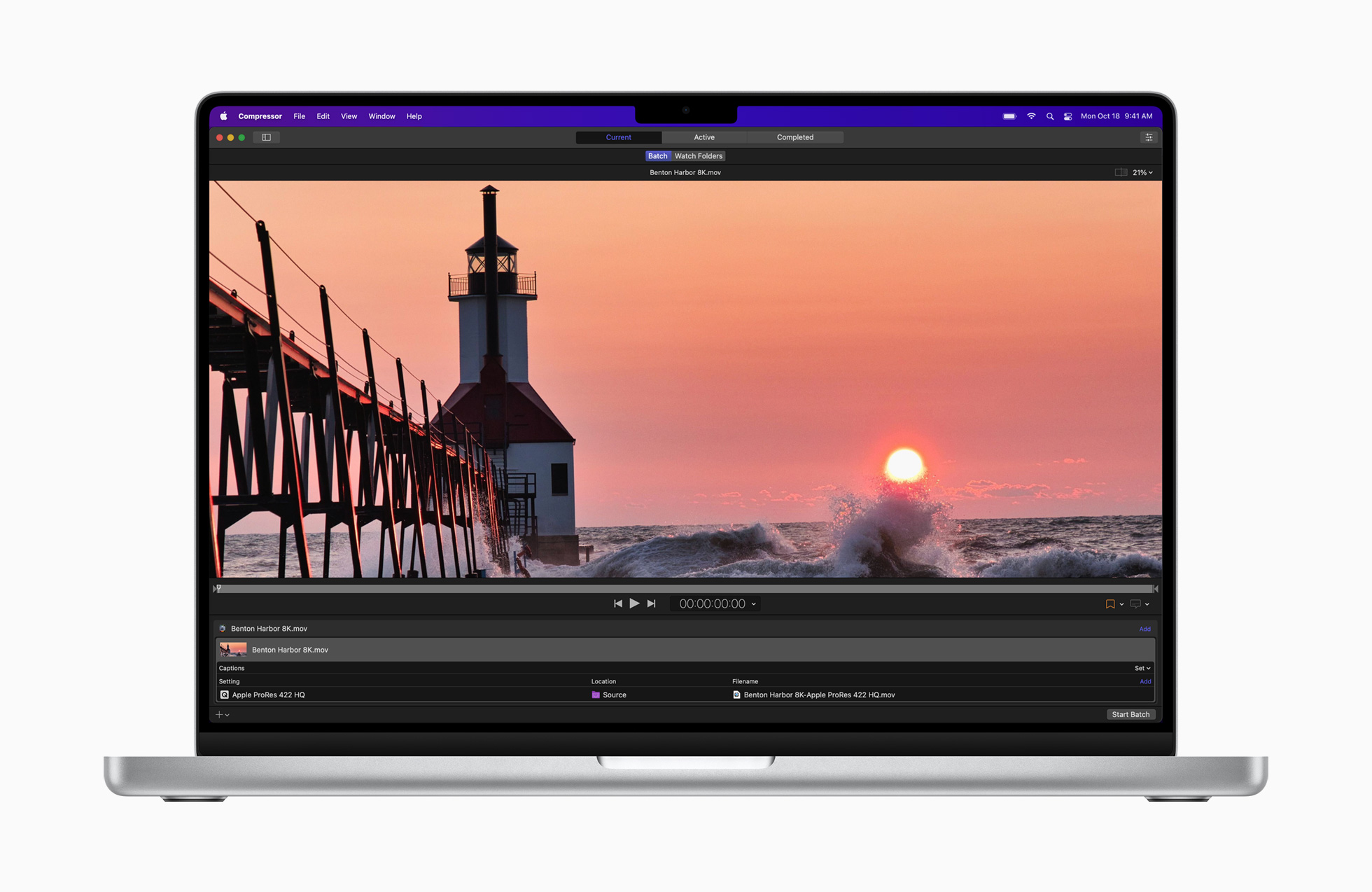 The latest update to Final Cut Pro, version 10.6, brings forth the ability to play a whopping seven streams of 8K ProRes at full resolution, as well as exporting ProRes videos over 5 times faster than before. These performance gains are made possible by the new M1 Pro and M1 Max chips in the just-announced 14- and 16-inch MacBook Pro models.

For someone like myself, who’s been working more with 8K video lately, this update is music to my ears. Perhaps more impressive is the new motion graphics tracking functionality, which is now a native part of the Final Cut Pro experience.

Object Tracker is a tool that lets users create animated graphics that follow the movement of faces and other objects in the frame. The object-tracking analysis is up to 5 times faster on the updated 16-inch MacBook Pro and takes full advantage of the M1 Pro and M1 Max 16-core Neural Engine’s machine learning capabilities.

As expected, both Compressor and Motion, two highly-important Final Cut Pro companion applications, have received corresponding updates to support the new changes. Most notably, Compressor can transcode HEVC video up to two times faster, and ProRes video up to 10 times faster.

The new Logic Pro update also comes with the Producer Packs that Apple introduced in GarageBand earlier this year. These packs feature beats, samples, and loops from some of the music industry’s top musicians, including Mark Ronson, TRAKGIRL, and others. The updates give Logic users access to over 2,800 new royalty-free loops, 50 new kits, and over 100 new patches from which to build their music.

As someone who has owned all four of these apps for years, it’s kind of ridiculous that I’ve never had to pay a dollar extra, yet they continue to receive big new updates year after year. What a contrast to Adobe’s business model of charging a continuous subscription fee for access. These Pro apps are some of the best value out there, hands-down.

What are your thoughts on the Final Cut Pro and Logic Pro updates? Sound off down below in the comments.