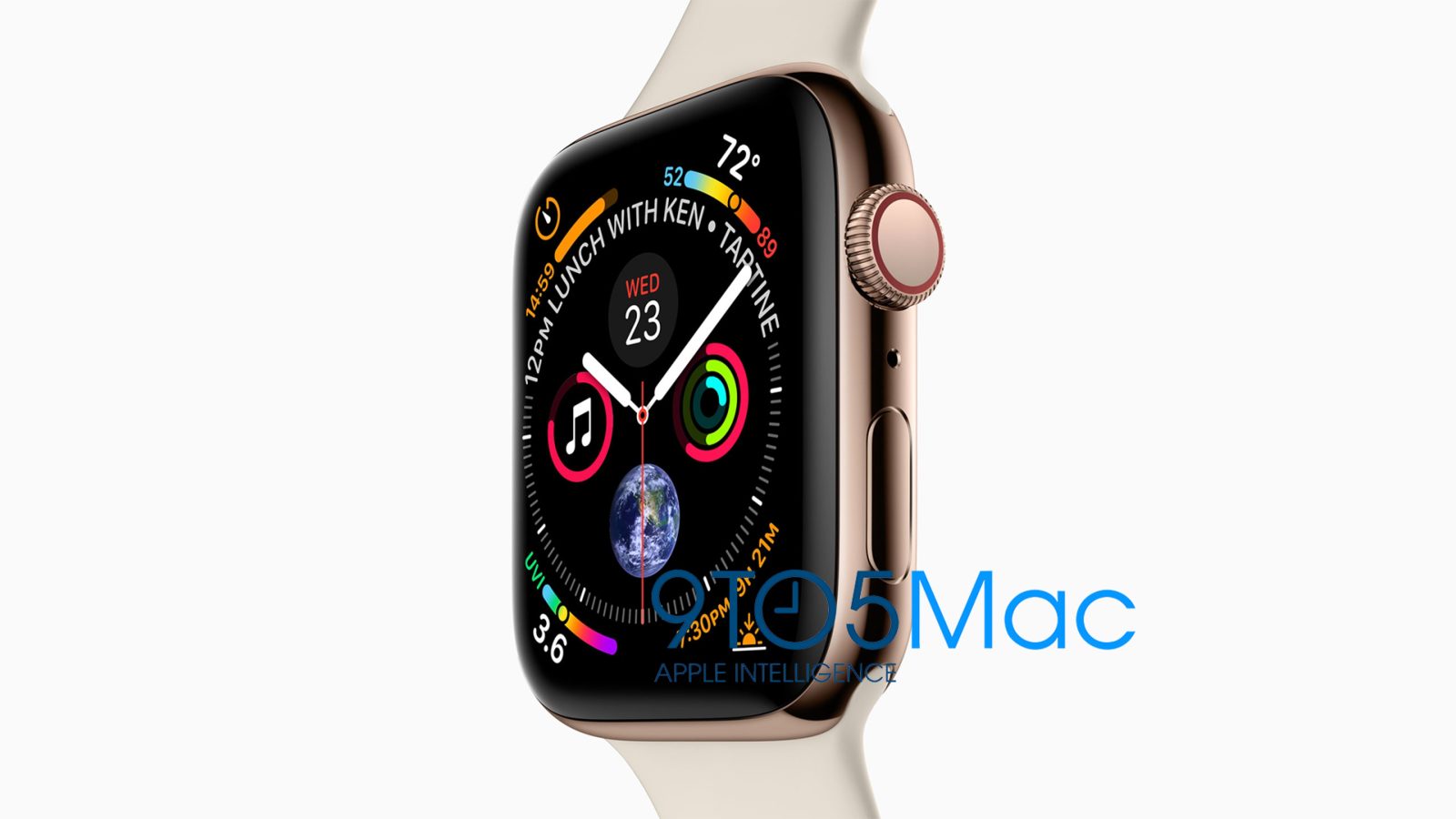 Last week, after Apple announced its September event for next Wednesday, we got our hands on some marketing images of the new iPhone Xs and the new Apple Watch Series 4. The most interesting aspect of the marketing image for Apple Watch Series 4 is probably a new watch face they used for the picture, which has at least 9 different complications (depending on what you count as a complication).

Today, we’ve been able to figure out the probable screen resolution for the 42mm version of this new device. We believe, from looking at some information found on the latest watchOS 5 beta, that the resolution will be 384×480. For comparison, the resolution on the current 42mm Apple Watch Series 3 is 312×390. Apple is going to achieve this significantly higher resolution by reducing the size of the bezels and making the screen a little bit larger. This new device will also probably feature a higher PPI, which also contributes to the higher resolution.

We ran some tests by using a modified Apple Watch Simulator on the latest Xcode beta to see how much those extra pixels are going to contribute to the watchOS experience. For our tests, we guessed a PPI of 345. Scroll down for images comparing watchOS running on the Series 3 and the simulated Series 4.

This new Apple Watch model will include new watch faces specifically designed for the larger screen and edge-to-edge display. It’ll also offer new types of complications for both Apple’s built-in apps and for 3rd party developers to adopt.

The larger display will require some work by 3rd party developers, depending on how their apps are structured. We tried out the PCalc app on this simulated device and it doesn’t scale properly because the buttons are fixed in size, but this shouldn’t be too hard to fix. Apple is probably going to provide new content through the WWDC app right after the event, like they’ve done with the introduction of the iPhone X last year.