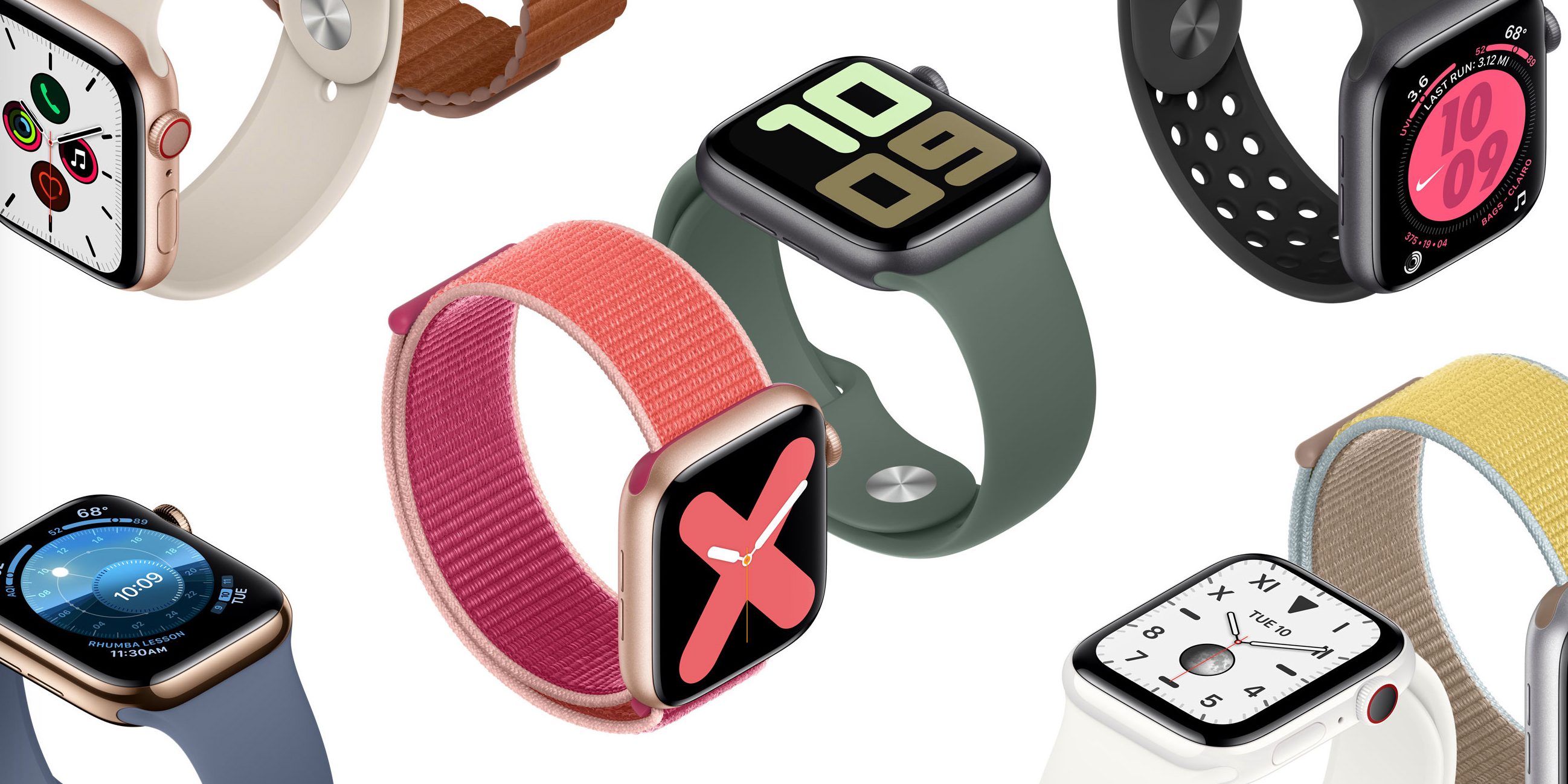 The differences between the Apple Watch Series 4 and Series can really be broken down into four major areas: the new always-on display, a built-in compass, battery life, and new ceramic and titanium material options.

The biggest new feature of the Apple Watch Series 5 is the always-on display. Among many watch users, this has been the most often-requested over the last few years. The new always-on display means you no longer have to tap the screen or raise your wrist in order to see the time.

Apple has optimized many of its first-party watch faces to take advantage of the new always-on display. This means when the display is dimmed, you can still see the time and certain complications on your watch face. When you raise your wrist or tap the display, it will come back to full brightness.

The same always-on display also extends to the Workout app on Apple Watch Series 5. This allows you to easily see your time, calories, and other data without having to raise your wrist or awkwardly tap the screen while working out.

Meanwhile, for the Apple Watch Series 4, you have to raise your wrist or tap the screen in order to see the time and your watch face. This should be a familiar to anyone who has used an Apple Watch, and is the way it has worked since the first model was introduced in 2015.

The always-on display is a major change for the Apple Watch Series 5, and greatly improves the experience from a time-telling perspective. The integration with the Workout app is also notable, and there are even more areas to which Apple could expand the always-on technology.

The biggest benefit outside of the new Compass app, at least right now, is the improvements it brings to Apple Maps. The app now indicates which direction your facing, which makes directions and navigation far more useful, especially when walking.

Going forward, there’s a lot more that the new compass hardware might be able to accomplish. Third-party applications will be able to tap into it, but developers will need to update their apps to adopt those features.

The Apple Watch Series 4 does not feature a compass, and therefore misses out on a lot of these features. If you’re an active, outdoors person who likes to rely solely on your Apple Watch for things like hikes, walks, and bike rides, the new compass hardware is a very useful addition.

From a design standpoint, the Apple Watch Series 5 looks quite a bit like the Series 4 – that is, depending on the material you pick. The Series 5 is available in aluminum, stainless steel, titanium, and ceramic. The latter two of those are new offerings this year compared to the Series 4.

Apple first introduced a ceramic Apple Watch with the Series 2 and continued the trend with the Series 3. Last year, however, the Series 4 was not available in ceramic, making stainless steel the sole high-end option.

The aluminum and stainless steel versions of the Apple Watch Series 5 are unchanged compared to the Series 4. If you value design and want the high-end Apple Watch Edition, the Series 5 is the option for you thanks to the new ceramic and titanium choices.

What about battery life? Apple says the Apple Watch Series 5 should achieve 18 hours of use per charge, which is the same claim as it made with the Series 4 last year. The Series 5, however, has faced some early struggles in terms of battery life.

It’s common for the Apple Watch Series 4 to last much longer than 18-hours, especially depending on how you use it. For instance, if you have a day without a workout, you’ll likely make it significantly longer than 18-hours. Because of the new always-on display, that’s not necessarily the case with the Series 5.

Whereas Apple undersold the battery capabilities of the Apple Watch Series 4, the Series 5 falls much closer to Apple’s promise. Some Apple Watch Series 5 users are struggling to even make it through a 12-hour day. Whether or not this will be improved with a software update remains to be seen, but there are indications watchOS 6.1 solves the problem.

the battery life differences are worth keeping in mind when deciding whether or not you should upgrade.

Aside from these new features and materials, the Apple Watch Series 5 is largely unchanged compared to the Series 4. It uses the same processor, though you do get twice the amount of internal storage.

The Apple Watch Series 5 does feature a new international calling feature that’s not available on the Series 4:

International emergency calling. Now you can complete a call to emergency services almost anywhere in the world. Just press and hold the side button on Apple Watch Series 5 with cellular and you’ll be connected with the help you need. It even works if you’re nowhere near your iPhone.

Apple Watch Series 5 vs Series 4: Should you upgrade? 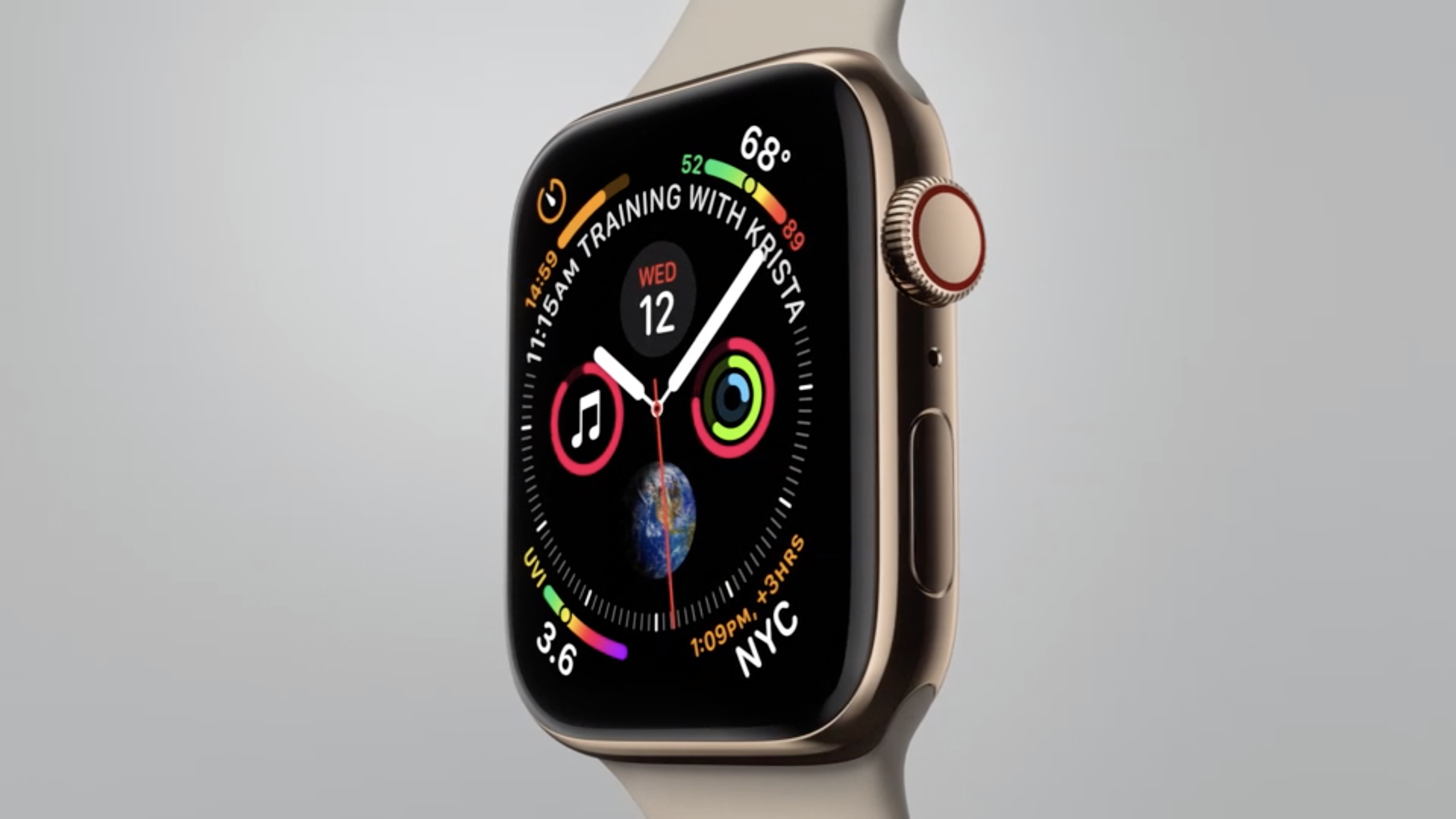 For most people, the answer to that question is “probably not. The Apple Watch Series 5 is a big upgrade to the Series 4, with the key differences being the new always-on display, compass, and new materials. That being said, the Apple Watch Series 4 is still an excellent and powerful smartwatch.

The Series 4 was a more radical change compared to the Series 3 thanks to the larger display and smaller bezels. The Series 5 solves one of the biggest Apple Watch downfalls thanks to the new always-on display, but that display isn’t without compromise.

Furthermore, watchOS 6 is full of new features for the Apple Watch Series 4. This includes things like noise detection, cycle tracking, the new Meridian watch face, and more. With Apple extending new watchOS features to last year’s model, there’s even less of an incentive to upgrade.