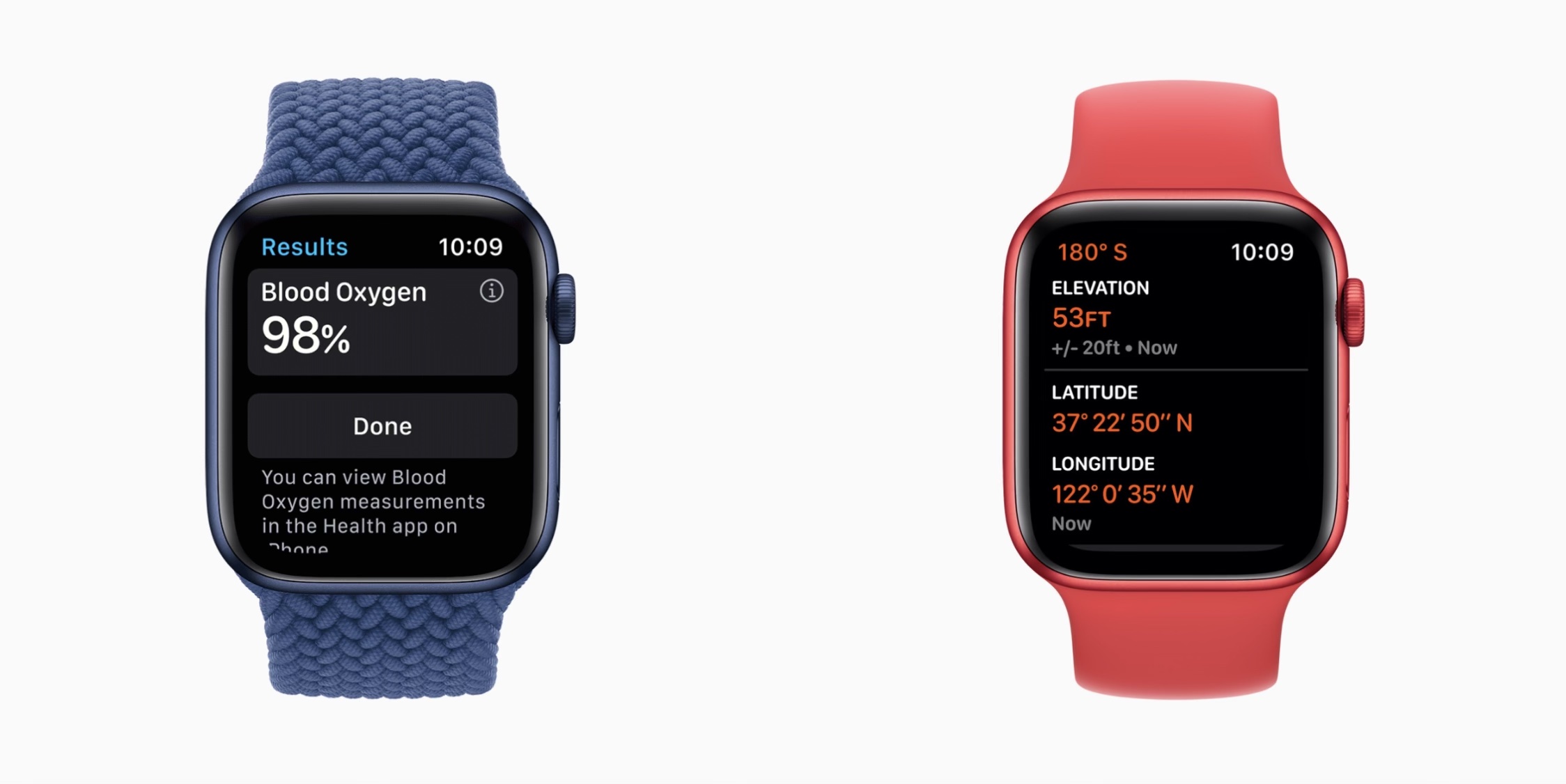 This year, Apple has once again focused on health features as the differentiating category between the Apple Watch Series 5 and the new Apple Watch Series 6. There are a few other things worth noting as well, including a brighter display, faster charging times, and more.

In terms of design, the Apple Watch Series 5 and Apple Watch Series 6 are virtually identical. They are both available in 40mm and 44mm sizes with slim bezels, rounded corners, and compatibility with Apple’s entire lineup of watch bands.

The Apple Watch Series 6 is also available in two new aluminum color options: (PRODUCT)RED and blue. For stainless steel buyers, there is a new gold finish as well as a new graphite finish alongside the traditional silver finish, but the space black finish has been discontinued, except for one 40mm Hermès option.

Rounding out the color changes, the Apple Watch Series 6 is available in the same two titanium color finishes as the Series 5: space black and silver.

The overall brightness of the Series 6 is the same as the Series 5 at 1000 nits. What’s changed is that when the Apple Watch display is in its “always-on” mode, you’ll notice up to 2.5 times higher brightness — which Apple says is particularly noticeable and applicable outdoors.

The star of the show with the Apple Watch Series 6 is the new blood oxygen sensor, which allows you to monitor your oxygen saturation directly with your Apple Watch. Oxygen saturation, or SpO2, represents the percentage of oxygen being carried by red blood cells from the lungs to the rest of the body, and indicates how well this oxygenated blood is being delivered throughout the body.

The Apple Watch Series 6 includes a blood oxygen sensor with four clusters of green, red, and infrared LEDs, along with the four photodiodes on the back. Through the blood oxygen app, you can measure blood oxygen between 70% and 100%. You can manually take a reading in just 15 seconds, and periodic background measurements occur when they are inactive, including during sleep.

The tow key features that are likely to be most enticing to Apple Watch Series 5 users is the new blood oxygen sensor, as well as the brighter always-on display. If either of these features are likely to dramatically change how you use the Apple Watch every day, then perhaps you should consider upgrading this year.

Looking ahead, reports have already suggested that the Apple Watch Series 7 might feature a more radical visual redesign. For most Apple Watch Series 5 users, we’d recommend holding off this year and waiting to see what Apple has in store for 2021.

Where to buy Apple Watch Series 6