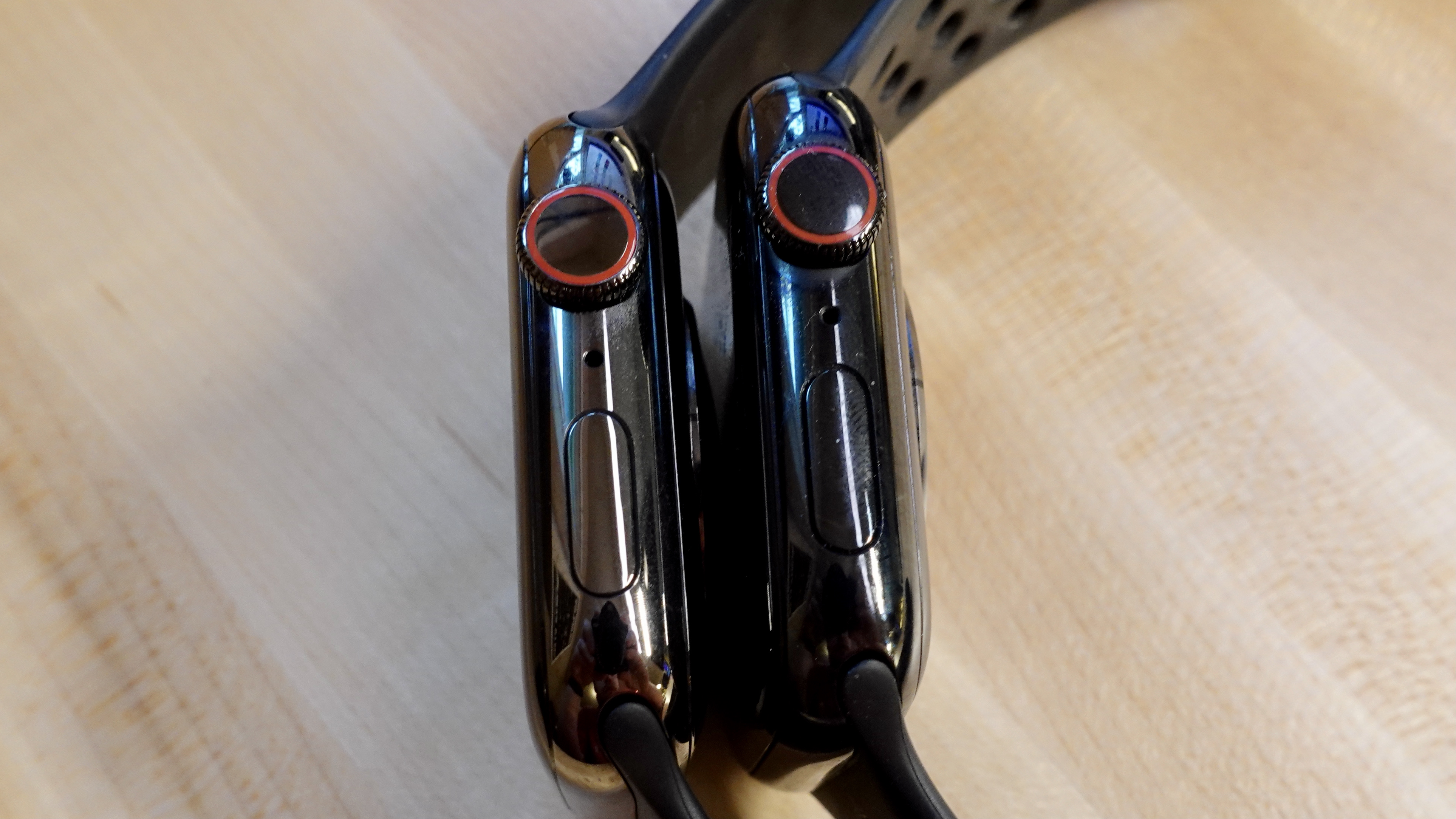 When I wrote my first Apple Watch Series 6 diary piece on Monday, I was still waiting for my graphite stainless steel model to arrive. I was concerned about the graphite replacing the space black, and after some hands-on time, it’s apparent that the differences are noticeable, but I don’t think they are a dealbreaker.

Before you read today’s diary installment, read the first one:

Over the years, Apple has offered an array of different shades of black across its product lineups, ranging from the jet black iPhone 7 to the space gray used in the iPhone 11 today. The stainless steel space black Apple Watch finish fell closer to the jet black end of the spectrum. It was a glossy, dark black finish with little visible reflectiveness.

The comparison is hard to photograph, but here is my best attempt:

As you can hopefully see, the differences are subtle yet noticeable, but for someone coming from an earlier space black Apple Watch model, I don’t think the change to graphite is a dealbreaker.

Here’s another look at the comparison in direct sunlight:

While Apple promises the same 18-hour battery life with the Series 6 this year, iFixit’s teardown recently revealed that the actual battery itself is around 3% larger. Apple also says that the Apple Watch Series 6 can charge 20% faster than the Series 5.

One of the most concerning factors to me is the inconsistency of sleep tracking’s impact on battery life. Some nights, it’s between 5% and 10%, while other nights it’s as high as 22%. I noticed this throughout the watchOS 7 beta testing period, but the issue persists even with the stable release of watchOS 7.

In the next edition of my Apple Watch diary, I’ll have more details on the blue Apple Watch Series 6 and how well it matches with various Apple Watch bands, as well as details on my cellular usage, performance improvements with the S6 processor, and more.

Any questions? Have you upgraded to the Apple Watch Series 6? If so, what do you think of it? Let me know down in the comments!