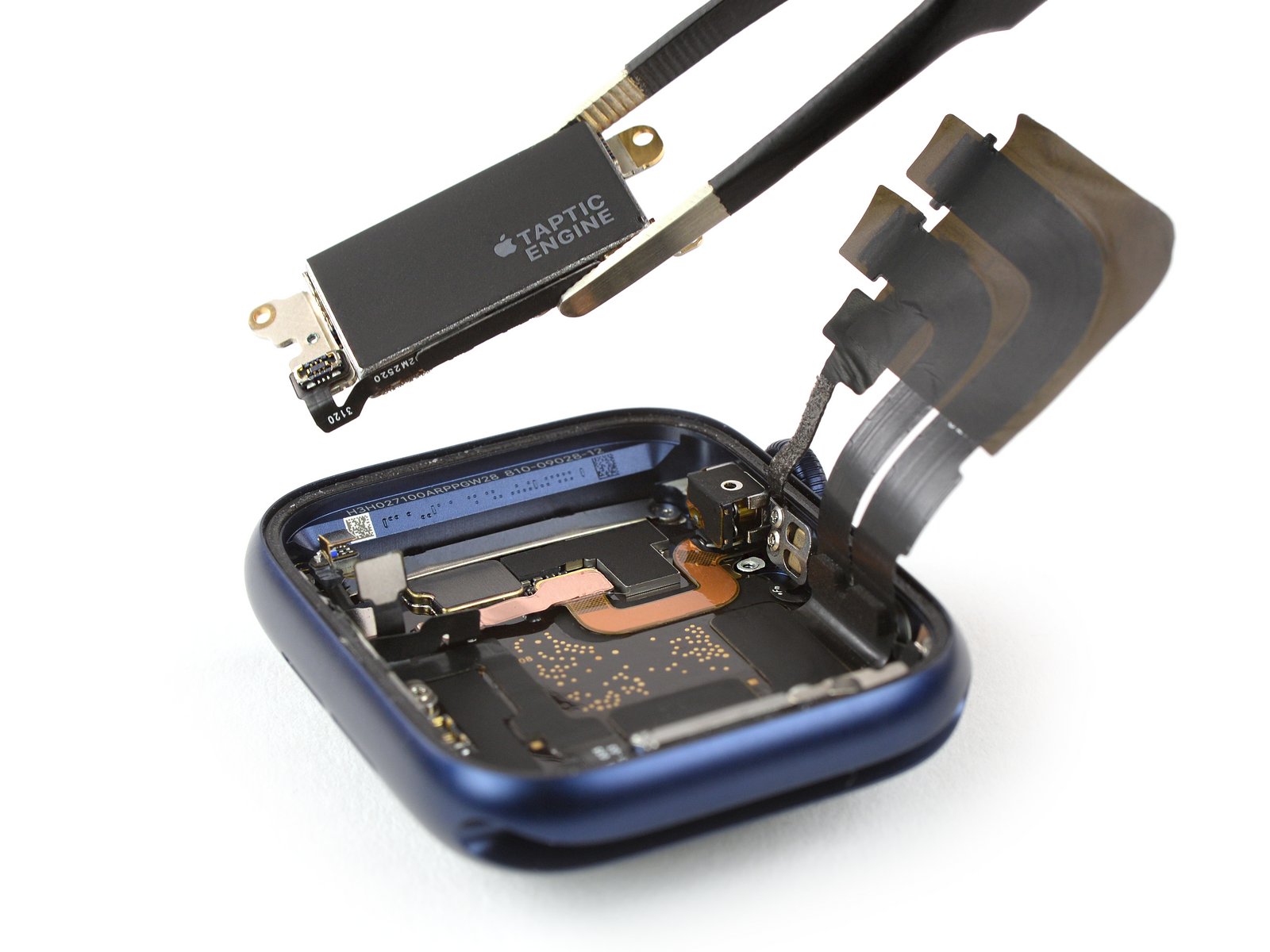 The Apple Watch Series 6 packs several notable changes to its internal design, as detailed in a new teardown from iFixit. The teardown highlights the removal of Force Touch, as well as a slightly larger battery, thinner design, and more.

With the first beta of watchOS 7 back in June, Apple dropped support for the pressure-sensitive Force Touch feature, all but confirming that the hardware for the feature would be removed with the Apple Watch Series 6. Today’s teardown from iFixit points out that the removal of the Force Touch hardware actually simplifies the teardown process:

The procedure is also slightly simplified due to the absence of a Force Touch gasket—a feature now defunct as of watchOS 7. We’re happy to see a fragile, damage-prone part retired, but sad to see the final nail in the coffin for Apple’s nifty pressure-sensitive display technology. We’re torn, but we’ll call this a win.

Other tidbits in the Apple Watch Series 6 teardown:

The full teardown imagery can be found over at iFixit and it’s well worth a read. It’s impressive that Apple packed a larger battery and a larger Taptic Engine into this year’s Apple Watch Series 6, while also reducing the overall thickness. Was it worth the Force Touch trade-off? Let us know down in the comments.