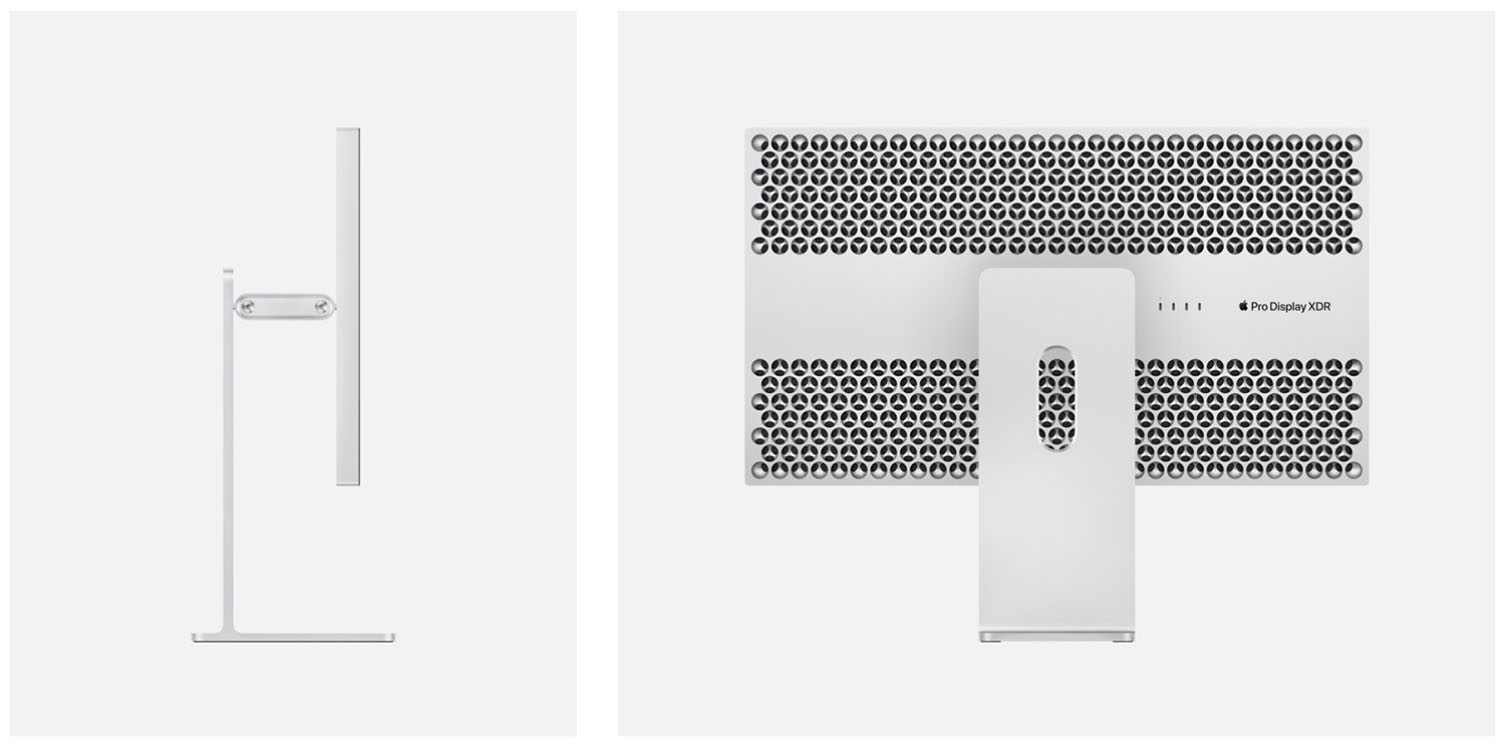 Apple didn’t just announce a $5000 monitor during WWDC: it also announced an optional $1000 monitor stand to go with it.

There wasn’t too much reaction to the $4999 starting price of the monitor itself, or even the $1000 premium for the low-reflectivity upgrade. This is a true reference-grade monitor designed for critical color work by photographers, videographers and filmmakers. Similar monitors typically cost upwards of $10,000, and Apple compared it to one costing $43,000.

Engadget had this to say about reaction in the room.

You can pinpoint the exact moment when Apple lost the WWDC audience on Monday. John Ternus, the company’s VP of hardware engineering, had just revealed that the Pro Display XDR, its new high-end 6K monitor, will cost $4,999. That’s pricey, but reasonable considering all of the features it offers. But then there was one more thing, and not the good kind. One hour, forty two minutes and five seconds into the keynote stream, he revealed that the Pro Display’s stand is a separate $999 purchase. The crowd, which was mostly enthusiastic until then, erupted into cautious murmurs — enough to make Ternus stammer as he continued on. He was completely unprepared for the Apple faithful to question the glorious technology being bestowed upon them.

Apple continued to strike fear into bank accounts everywhere when it announced that the stand for the Pro Display XDR would cost another $1,000 ( £790) on top of that. I repeat: That’s another grand just for a monitor stand. And you better like it, because aside from Apple’s VESA mount adapter, the Pro Stand is your only non-DIY choice for keeping that fancy monitor from falling over.

After Apple’s keynote was over, it seemed like Apple’s expensive monitor stand was the only thing people wanted to talk about. In fact, the price for Apple’s Pro Stand is so high, the crowd at WWDC 2019 let out an audible gasp when its pricing was announced, and that was in a room filled with reporters, Apple employees, Apple developers, and other assorted Apple followers who really ought to be immune to Apple sticker shock by now.

Our own readers also had plenty to say.

The audience were SO close to booing when they announced the stand was $1000.

The audience reaction made me laugh out loud.

Charging $1000 for the display stand really should be the headline. This is insane? For a piece of metal to hold the screen?

I expect some really great memes about the display stand!

I guess that stand is also “reference-grade”? Ridiculous.

As I said yesterday, I do find the price of the stand insane.

An utterly crazy $1K again for the stand. I mean, yes, it looks like a very nice stand, but basically a less sophisticated version of the Microsoft Surface Studio one, which comes included with the machine.

But aside from the difficulty in seeing how the price can possibly be justified, it just seems like a massive – and completely unnecessary – PR fail on Apple’s part.

I mean, the Mac Pro starts at $6k and probably maxes out at $50k-ish. Let’s say someone opts for a middle-spec one and spends $25k. They then spend another $5k on the monitor. Indeed, in this market, they more likely spend $10k on a pair of them. They’re now in for $35k.

Honestly, an extra $1k for a stand, or $2K for two, is pretty much irrelevant. If you buy this setup, it’s because you need it and it’s going to make you lots of money. They wouldn’t have cared if the total bill came out to $37k instead of $35k. But by itemising the stand as $1k, it feels like nickle-and-diming (ok, granding) the buyer, and it gives the rest of the Internet a reason to hate on Apple.

Apple could claim it’s doing buyers a favor. Some of them won’t want the stand, so this way they don’t have to pay for it – they can just buy the $199 VESA mount instead. But it’s still a dumb thing to do, even if well-intentioned.

This should never have been a $5000 monitor with a $1000 monitor stand: it should simply have been a $6k monitor. The world would have had the same reaction it did to a $5k one – either ‘ouch’ or ‘decent value for what you get,’ depending on perspective – and we’d all have gotten on with our day.

That’s my take on it – what’s yours? Let us know in the comments.