Home General Apple’s move to larger iPhones is likely part of its play to...
13470
SHARES
ShareTweet 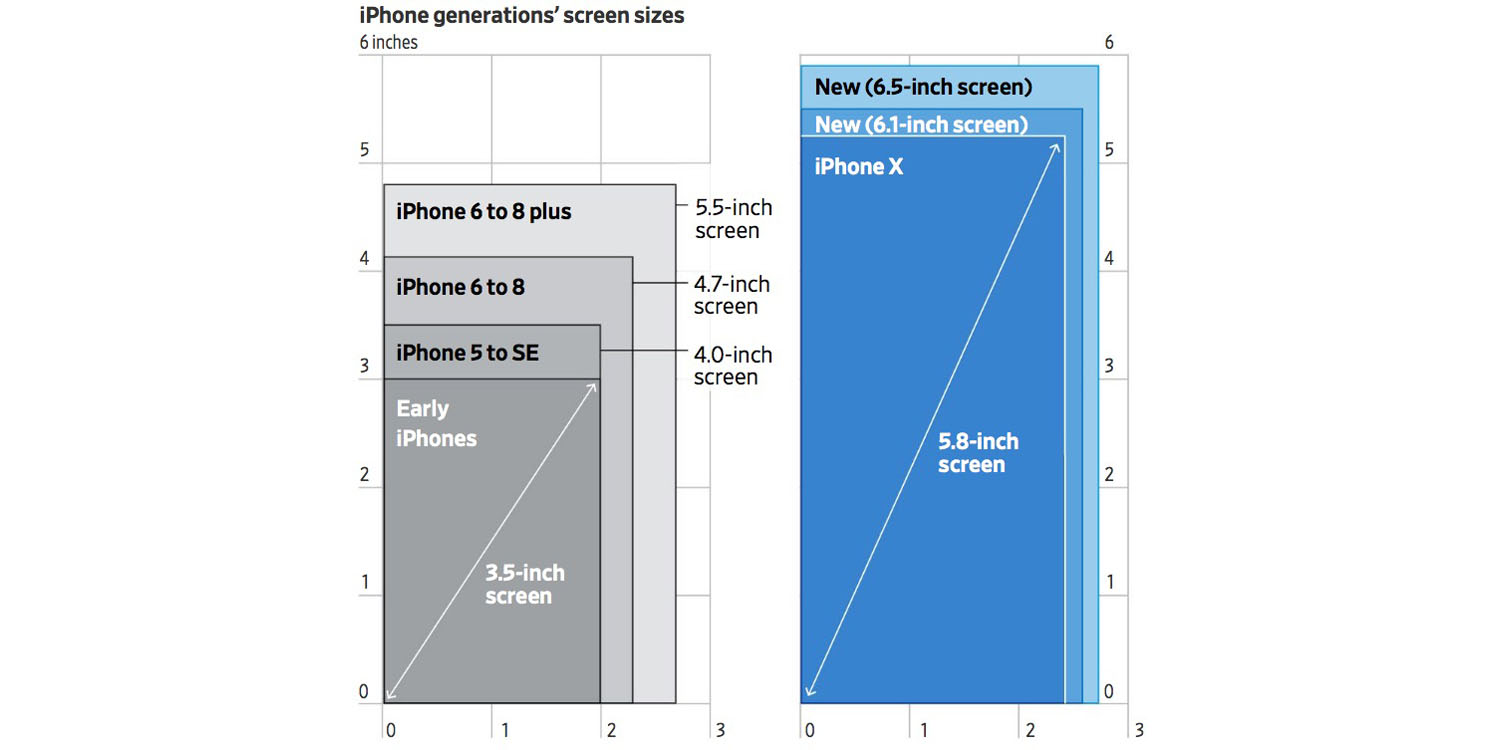 Apple is expected to announce three new iPhones this week, with screen sizes of 5.8-inches, 6.1-inches and 6.5-inches. That gives them an average screen area 23% larger than last year’s line-up …


The comparison was drawn by the WSJ, which cited Kantar data suggesting that larger screens lead to greater usage.

Users with smartphone screens 6 inches or larger, like Apple plans to launch this year, typically use twice as many apps as those with 5.5-inch screens, such as those on the largest versions of the iPhone 6 or 7, said Kantar Worldpanel, a market research firm. Users of the larger devices also are 62% more likely to play games, and twice as likely to watch video daily as people with smaller screens.

“The bigger the device, the more people are getting out of it, and the more opportunity there is for Apple to generate money from them,” said Jennifer Chan, analyst with Kantar Worldpanel.

It is, of course, possible that Kantar is confusing cause and effect. It may well be that those who plan to do most with their phones choose ones with the largest screens. But my own anecdotal experience does suggest some logic to Kantar’s argument: since switching from my iPhone SE to the iPhone X, I have used my phone more often, for more things. That’s despite still having a preference for the smaller phone from a pocketability perspective, and only really upgrading to experience the new design and technology.

And the move does come at a time when Services are more important to Apple than ever before, as upgrade cycles lengthen.

Apple last year set a goal to double its Services revenue, with Cook stating earlier this year that it was ahead of the game in this target. The company appears so focused on this objective that it is even making the occasional questionable decision.

Some may have to wait a little longer for their larger screen, however. Following reports that the 6.1-inch LCD model may be delayed until October, a new report today suggests that the model may be available in limited quantities.