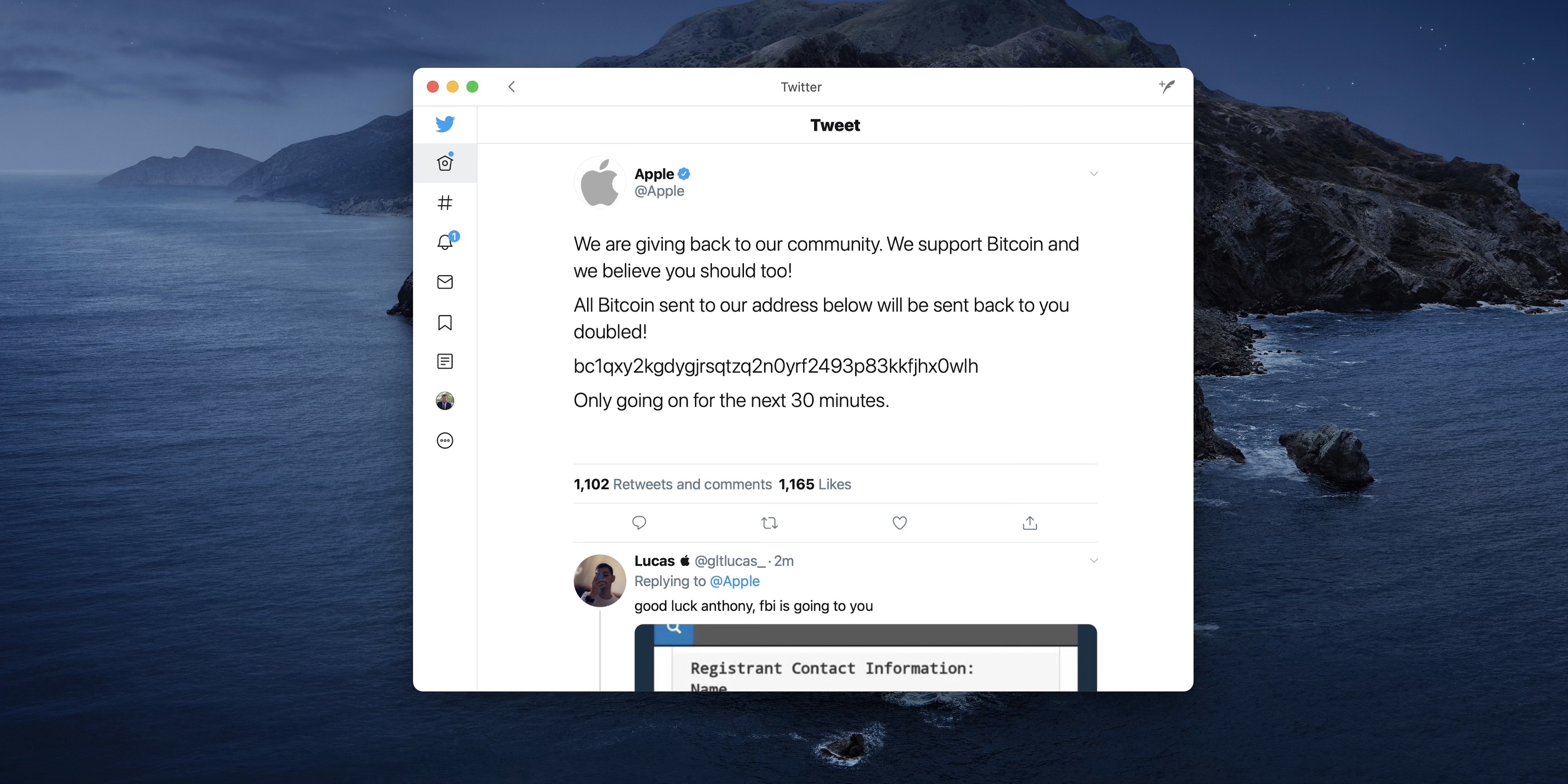 This hack is likely a Twitter-level compromise of some sort and has affected countless high-level executives and brands. In addition to Apple, Jeff Bezos, Elon Musk, Bill Gates, Uber, Kanye West, and many more have also had their Twitter accounts compromised.

All of the tweets from each account are highly coordinated. The pitch is that the brand or person will double any payment sent to the included Bitcoin address. According to a report from CoinDesk, many of the accounts were using two-factor authentication.