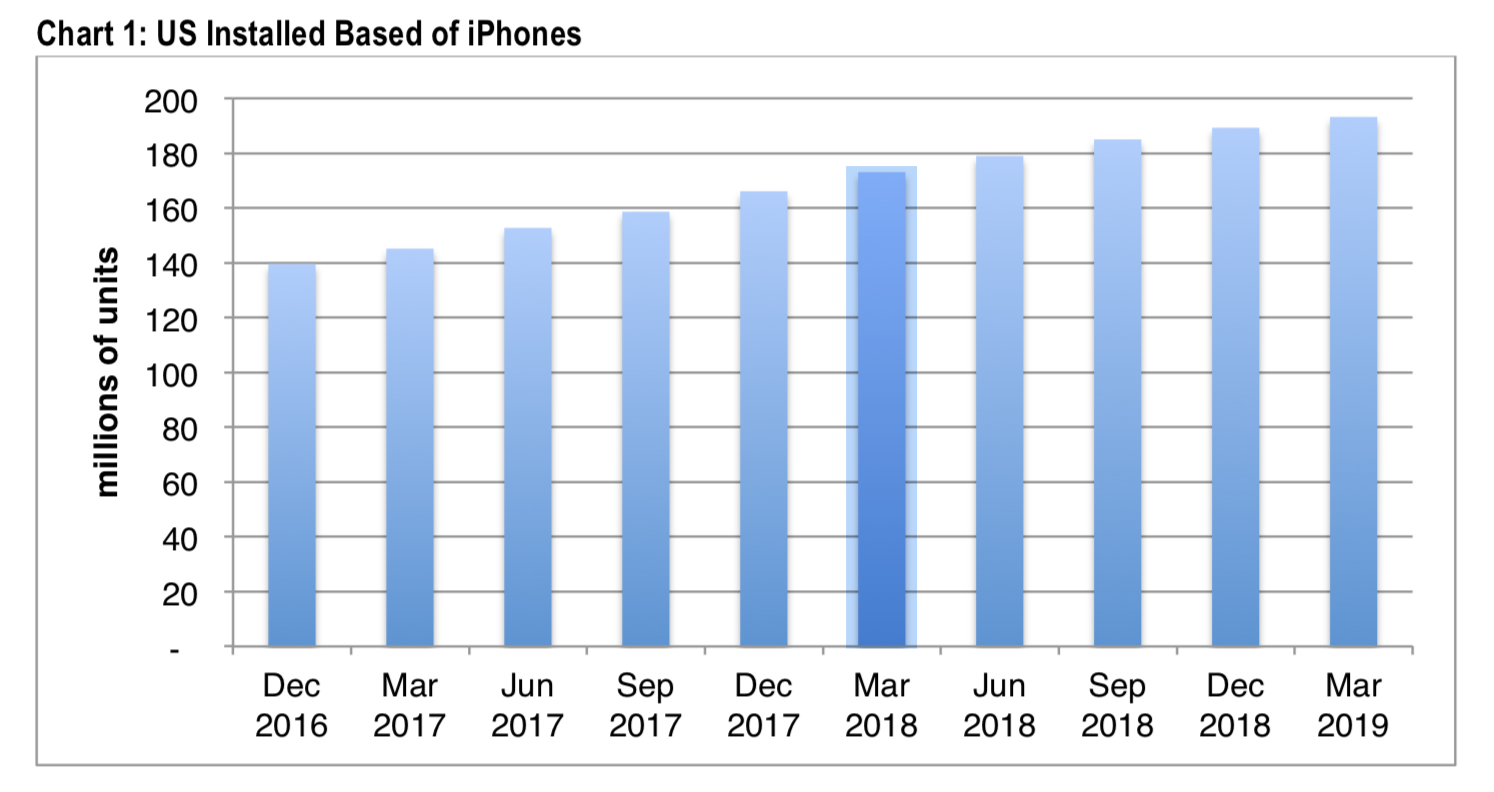 CIRP is out today with new data on Apple’s US iPhone installed base, showing very minor growth from the holiday quarter up to the end of March. This continues a trend of slowing iPhone user growth in the US over the last several quarters.

By CIRP’s estimates, the iPhone installed base in the US rose marginally from 189 million at the end of December to 193 million at the end of the March quarter. That represents a minimal 2% increase QoQ and 12% growth YoY. Both of those numbers are down compared to the same periods a year ago, when Apple saw the US iPhone user base grow 4% QoQ and 19% YoY.

CIRP’s data is based off of estimates of 39 million iPhones shipped during the March quarter, which lands on the lower side compared to other firms that estimated 40-44 million shipments.

Here’s a look at how the iPhone installed base growth in the US has slowed down:

“The US installed base of iPhones continues to plateau,” said Josh Lowitz, CIRP Partner and Co-Founder. “Relative to the most recent quarters, and especially to the past two or three years, slowing unit sales and longer ownership periods means that the growth in the number of US iPhones has flattened considerably. Of course, 12% growth in a year, after years of much greater growth is still good. However, investors grew accustomed to quarterly growth of 5% or more, and annual growth of almost 20%. This continuing trend prompts investors to wonder if iPhone sales outside of the US will compensate, and places greater pressure on Apple’s determination to sell other products and services to the installed base of iPhone owners.”

Apple doesn’t share details on its user base by product or region, but it did share during its Q1 (calendar Q4) earnings report that it had 1.4 billion active devices worldwide, with more than 900 million of those being iPhones.