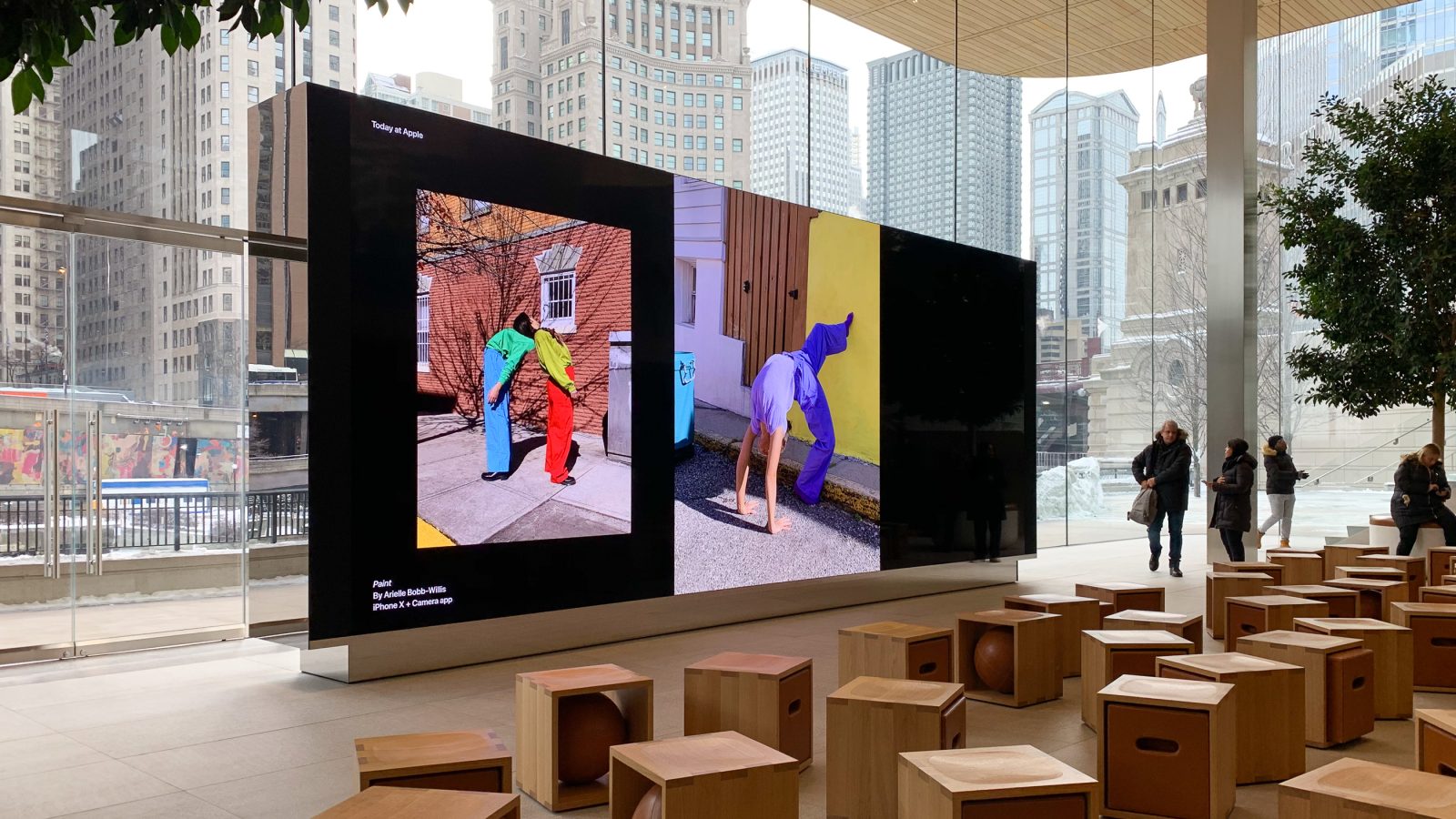 A new report today from KQED calls out artist dissatisfaction with compensation and promotion received for hosting Today at Apple sessions. The report highlights the challenges of proving the value of creative work in a culture built around “working for exposure.”

While the vast majority of Today at Apple sessions are hosted by Apple’s own staff of Creative Pros, flagship stores feature exclusive events and performances by local talent. The report notes that these artists are routinely offered Apple products — AirPods, an Apple Watch, or an Apple TV — as compensation for their efforts rather than a flat payment. KQED’s research focused specifically on sessions held at San Francisco’s Union Square store, but compensation arrangements could differ elsewhere.

Though the events may seem like a free marketing opportunity, the artists end up bearing the burden of promotion, effectively leveraging their followings to draw potential customers into the Apple store. There are no official Today at Apple social media accounts that introduce Apple’s large follower base to the participants the company books. The only digital assets artists receive from Today at Apple are Instagram-ready flyers that use artists’ existing promotional photos.

“Working for exposure” is a hot topic in the technology and creative industries, and the debate is highly nuanced. In January, Apple found itself facing scrutiny for the terms of its Shot on iPhone contest, which promised global exposure but no financial compensation. Apple later revised the challenge terms and agreed to pay winning photographers a licensing fee.

Apple is a company built by creative professionals, and surely its employees understand the value of artistic work. Today at Apple was founded on this very principle. Hosting a session is a great way to introduce your work to new faces and opens a door to further collaborations with Apple, but it shouldn’t be the only (or primary) form of compensation.

On the other hand, perhaps Apple feels that direct financial compensation changes the relationship between customers and session hosts, co-opting creativity as brand marketing. Artists who agree to host sessions are presumably aware of the terms of the deal before performing.

Local and online promotion of Today at Apple events is a much less polarizing topic that seems like a win-win for both Apple and artists. I’ve long wondered why Today at Apple doesn’t have an official online presence or an active Instagram account that highlights great work. Session attendees posting their own creations and photos from exclusive events are the only way the public can see what’s waiting for them in store.

If you’re a creative professional, I’d love to hear your thoughts on working for exposure and the value of creative work. Follow 9to5Mac’s retail guide for in-depth coverage of the latest Apple Store news.