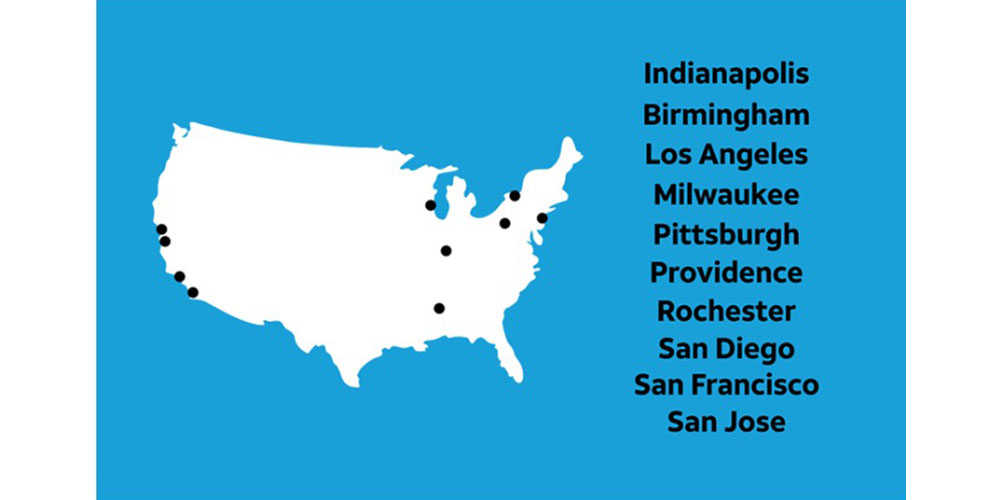 iPhone and iPad users were rather surprised to see an AT&T 5G E symbol appear back in February. Surprised partly because AT&T didn’t have a 5G network at the time, and partly because no current iPhone or iPad could connect to one anyway.

What AT&T launched then was a fake 5G which was really just a form of LTE that had existed since 2014. It’s continued to use the misleading symbol despite a lawsuit and full page ad designed to draw attention to the fakery, but has now finally launched the real thing …


The company made the announcement this morning.

The company revealed the next cities in line, and promises ‘nationwide coverage’ by the middle of next year.

AT&T 5G availability will continue to rapidly expand – including service in Boston, Bridgeport, Conn., Buffalo, N.Y., Las Vegas, Louisville, Ky., New York City, and other markets soon – as we work toward offering nationwide coverage in the first half of 2020.

The confusion over terms doesn’t end with the official launch, however. As we explained earlier in the year, there is more than one version of 5G.

What AT&T is launching today is low-band 5G, which has decent range but isn’t much faster than LTE. It’s taking the same tack as T-Mobile in launching this flavor first, to get as much coverage as possible, before adding in millimeter wave 5G – which offers far higher speeds but requires a much denser network of base stations – later. AT&T is branding this as 5G+, and says it is current in testing with selected businesses.

5G+ offers extra speed and capacity over high-band 5G to serve high-traffic areas and places like arenas, campuses and more. It is currently available for businesses and collaborators who are exploring new ways to unlock the significant performance capabilities of 5G+. Service is now offered in parts of 23 cities, including recent entries into parts of King of Prussia and West Hollywood.

In either case, the only device AT&T sells which can connect to its 5G network is the Samsung Galaxy Note10+ 5G.

AT&T customers can purchase the Samsung Galaxy Note10+ 5G in AT&T stores nationwide or online at att.com/GalaxyNote10Plus5G. For a limited time, customers can get the device for as low as $350 when purchased on a qualifying device installment plan, unlimited plan and trade in.

You’ll need to talk to AT&T to find out which devices qualify for the trade-in, and the deal is only available on plans costing at least $75/month. You should note that the carrier is making no speed claims for its low-band 5G.

iPhone users will need to wait until next year to get their hands on a 5G model. Apple and analysts alike are expecting this to spur substantial demand for the new iPhones, with Apple reportedly expecting more than 100M orders.