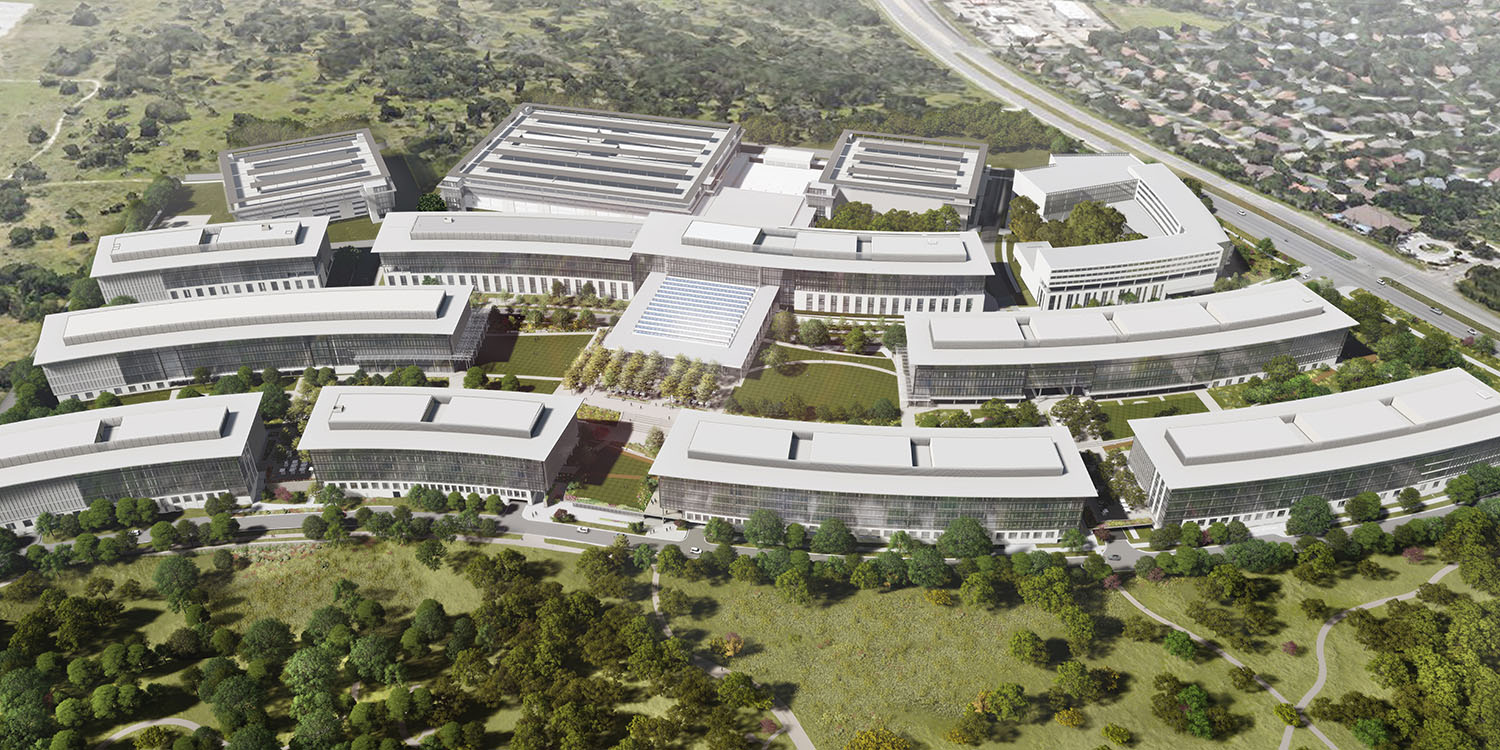 Apple has announced that it has begun construction of its new Austin, Texas, campus, on the day that President Trump is due to tour the Mac Pro production line a short distance away.

The current Mac Pro facility measures 244,000 square feet and employs around 500 people, while the new campus will be very much larger …


Apple says the new facility will also have substantial capacity for further expansion.

Apple has broken ground on its new $1 billion, 3-million-square-foot campus. The campus will initially house 5,000 employees, with the capacity to grow to 15,000, and is expected to open in 2022.

Apple is steadily growing in Austin with approximately 7,000 employees in the city — more than a 50 percent increase in the past five years alone.

Some local residents had been upset that Apple was chopping down trees to make room for the Austin, Texas, campus. The company has sought to address these concerns, promising to plant more than it has removed.

As part of its commitment to respecting the historical and geographical significance of the area, Apple is partnering with Austin-based Bartlett Tree Experts to preserve and increase the diversity of native trees on the 133-acre property.

Thousands of trees spanning over 20 varieties native to Texas are planned for the campus — significantly more than were on the site before construction started.

Additionally, the site will be designed to maximize green space, with landscaping covering over 60 percent of the campus, including a 50-acre nature and wildlife preserve that will be open to the public. Like all Apple facilities, the new Austin campus will run on 100 percent renewable energy, including from solar power generated on site.

Apple has already spent more than $200M on the existing Mac Pro plant.

The all-new Mac Pro is Apple’s most powerful machine ever, and 15,000 times faster than the original Mac. Apple and its manufacturing partners invested over $200 million in the Mac Pro facility in Austin, building out the complex assembly line where the Mac Pro is produced. Each Mac Pro travels a distance of 1,000 feet along the production line, with some components requiring precision placement within the width of a human hair.

Mindful of the fact that most of the components are made in China, with final assembly in the US, Apple is keen to stress that it does use US components too.

The company also says it is on track to meet its 2018 promise to contribute $350B to the US economy by 2023. This figure is exclusive of the tax payments the company makes. The company says it is the largest taxpayer in the US.

You can see a render of the new campus below.