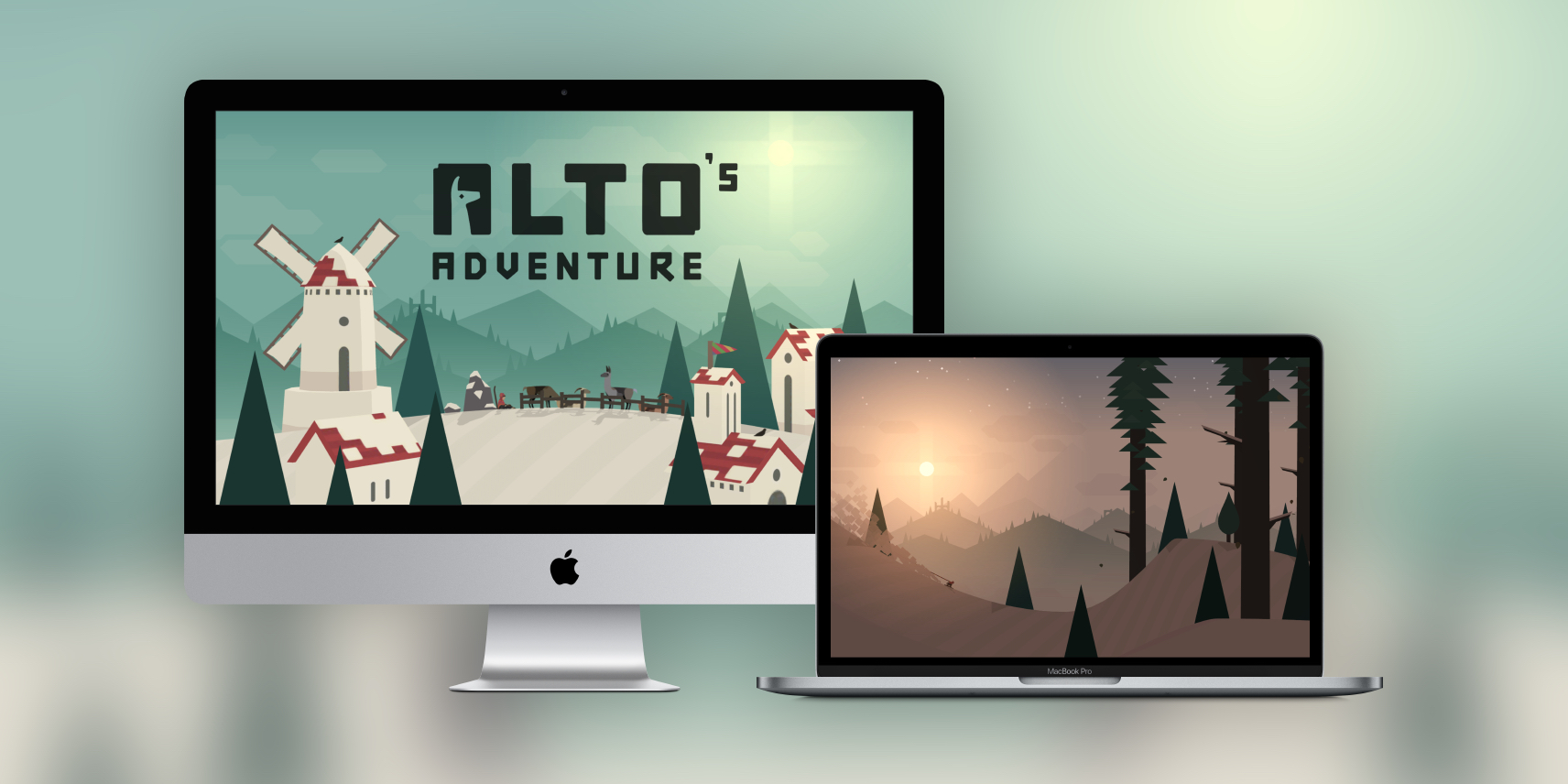 The award-winning iOS game Alto’s Adventure has finally made its debut on the Mac. Available for $9.99 on the Mac App Store, fans of the endless runner game on mobile can now play on their laptops and desktops too …

If you haven’t heard of Alto’s Adventure before, you play as Alto the snowboarder, in an endless side-scrolling adventure traversing the hilly snow-capped landscapes with jumps and mid-air tricks.

On the iOS App Store, the game has received both Editor’s Choice and Best of 2015 awards from Apple. The game rose to popularity on iOS with its simple ‘one-button’ controls mixed into a game with surprising depth in visuals and exploration. Perform multiple tricks to make combos and better their high score. There are 180 goals (achievements) to check off too.

The developers say that Apple’s announcement of an overhauled Mac App Store with macOS Mojave, launching later today, was the impetus to getting Alto’s Adventure ported to the Mac platform. They had begun development more than a year ago, but got sidetracked with tvOS versions and the launch of Alto’s Odyssey earlier this year.

Alto’s Adventure syncs game progress over iCloud, so you can play seamlessly across iPhone, iPad, Apple TV and Mac.

The $12 Bamboo Charging Station Adds Order To Your Mobile Chaos