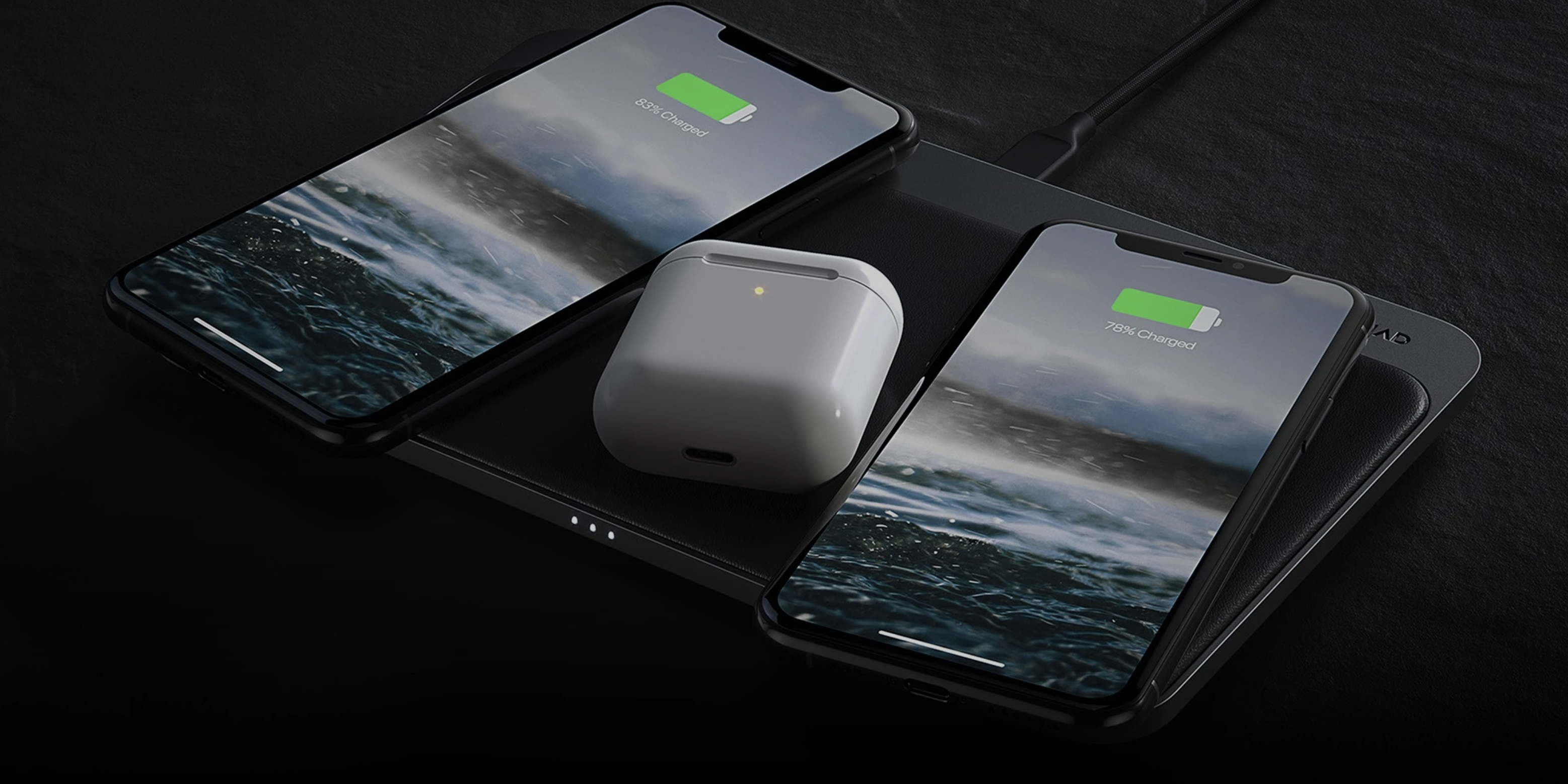 Following the demise of AirPower earlier this year, we’ve been left to look for third-party wireless charging alternatives once Apple officially exited the scene. Nomad has found a sweet spot in its place with two different wireless Qi charging pads offering support for multiple devices and Apple Watch. However, the idea of powering up to three devices simultaneously without wires has mostly escaped us to date. Nomad is announcing a new product today, the Base Station Pro, which does just that. Thanks to a new technology and partnership with Aira FreePower, Nomad may have just solved our AirPower woes completely. Head below for additional details, pre-order information, and more.

Nomad fills a void with new Base Station Pro

The Base Station Pro builds off of Nomad’s previous offerings with a familiar design, albeit it in a larger footprint. Aira FreePower combines to deliver a single 18 coil Qi charger that extends throughout the entire base. That allows users to place an iPhone, AirPods, Android, and various other devices just about anywhere on the pad for wireless charging.

Nomad touts the ability to charge “in any orientation” as one of the most prominent features here, promising that you won’t have to lay your device on just the right spot to activate charging. Aira’s FreePower technology handles this feature by adjusting power output to your device’s location when placed on the pad.

Varying speeds and a familiar design

Base Station Pro isn’t without some limitations, however. All devices will be topped off at 5W charging speeds, a rate that may drop in some instances depending on how much power is being pulled. Nomad includes a USB-C PD 27W charger with purchase, as well.

If you’ve seen any of Nomad’s previous offerings, the overall design here will be familiar. A slate aluminum base is covered in leather, hiding the charging pads and other internal tech. There is no Apple Watch integration expected at this time.

Final pricing has yet to be announced for Nomad’s new Base Station Pro. You can sign-up for pre-order information on this landing page with more details coming next month. Nomad is expected to be a part of this week’s Shark Tank episode on October 13th, further detailing today’s announcement.

Ever since AirPower went to the wayside, various brands have been trying to fill the void. Nomad has done an admirable job with its offers, and Anker has delivered some of its budget options. Time will tell if we ever see a pad with fully integrated Apple Watch charging, but that’s likely going to take some extra cooperation from Apple. I wouldn’t hold my breath.