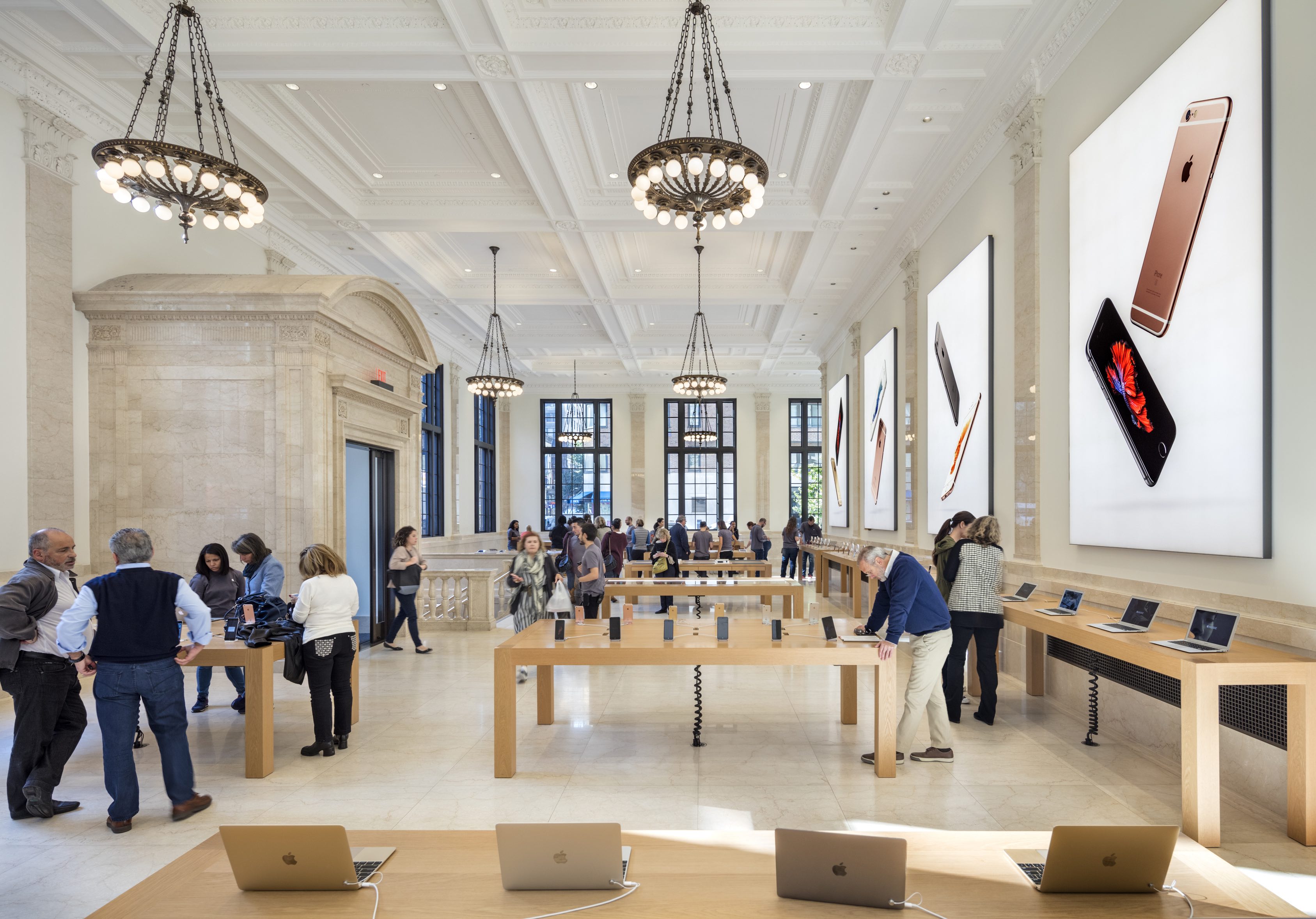 Each year, the American Institute of Architects highlights just a few carefully considered spaces to win its Interior Architecture Awards. Each project selected is deemed an innovative and spectacular interior space that makes a mark on the places we live and work. For 2019, New York City’s Apple Upper East Side has been awarded, adding to store’s impressive list of design accolades.

At Madison Avenue and 74th Street, Apple and architecture group Bohlin Cywinski Jackson collaborated to preserve and recreate many of the Mortgage & Trust building’s intricate details. Marble, plaster molding, and original chandelier designs were brought back to life thanks to the use of original photographs and blueprints. This dedication to historical accuracy and architectural precision is what helped the project secure 2019’s award. According to BCJ:

Sensitive alterations were made to the original banking hall, which now serves as the store’s main sales floor. To recover the light and airy qualities of the space, partitions and mezzanines were recreated, and columns and thick bearing walls were removed. The original vault room, repurposed as a private sales space, allows for a more personal customer experience. In addition to careful restorations and modifications, many upgrades to building services were made during the renovation.

Apple Upper East Side is no stranger to design honors. Past awards include:

To become a recognizable and active Apple retail environment, while respecting the original design, this project required dedicated focus to reinterpret and recreate the spatial qualities and the unique architectural detailing of the interior. We’re thrilled with the outcome and proud of the team’s work in restoring the grandeur of the space. We are honored to receive this recognition. 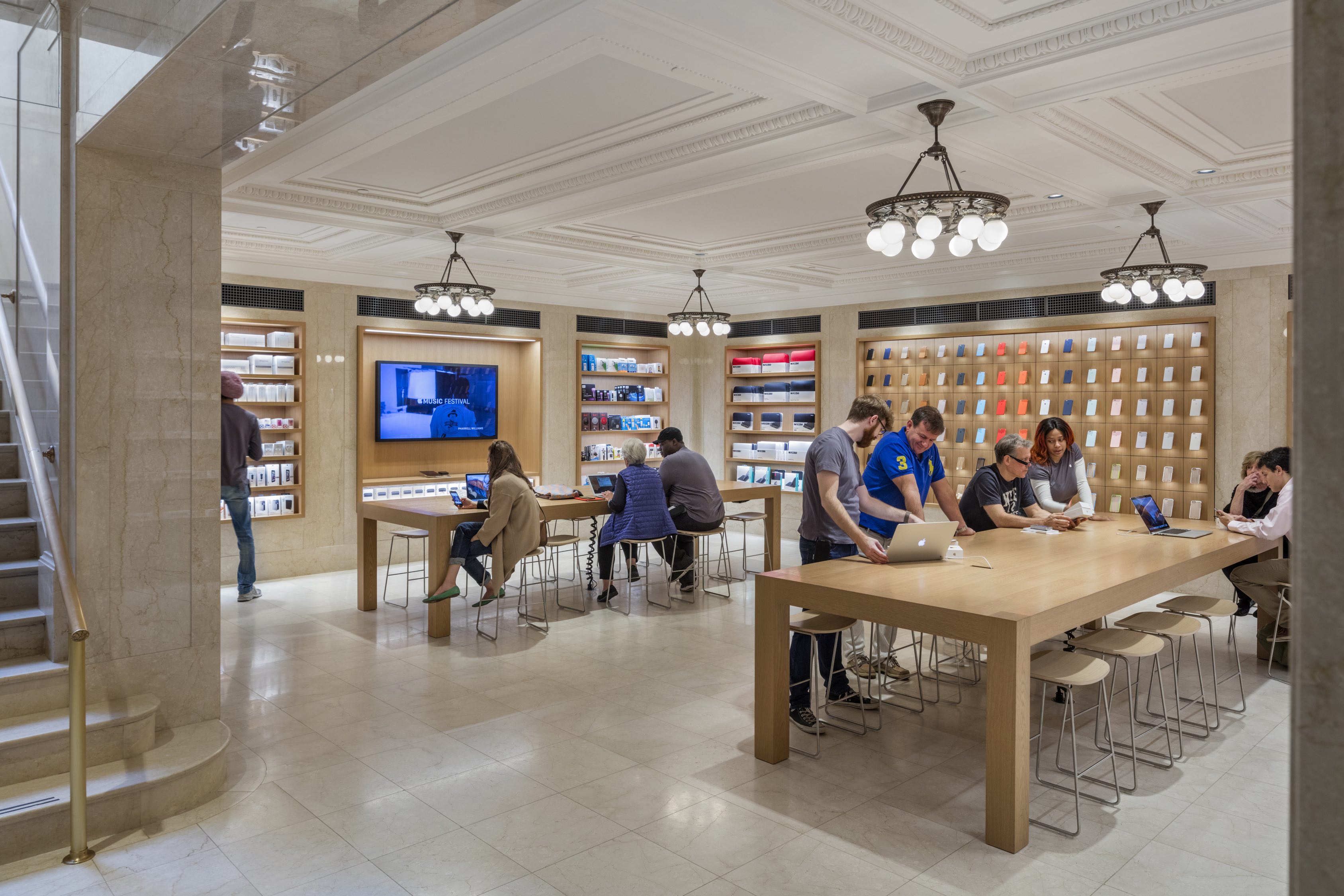 Outside of historic preservation, the Upper East Side store also became the first to offer new fixtures that foreshadowed Apple’s current retail design language. Avenue shelving and interactive displays featuring Beats headphones and carefully arranged accessories were used throughout the store months before rolling out elsewhere. In addition to six other stores in New York City, Bohlin Cywinski Jackson continues to collaborate with Apple on recent projects like 2018’s Apple Broadway Plaza in Walnut Creek, California.