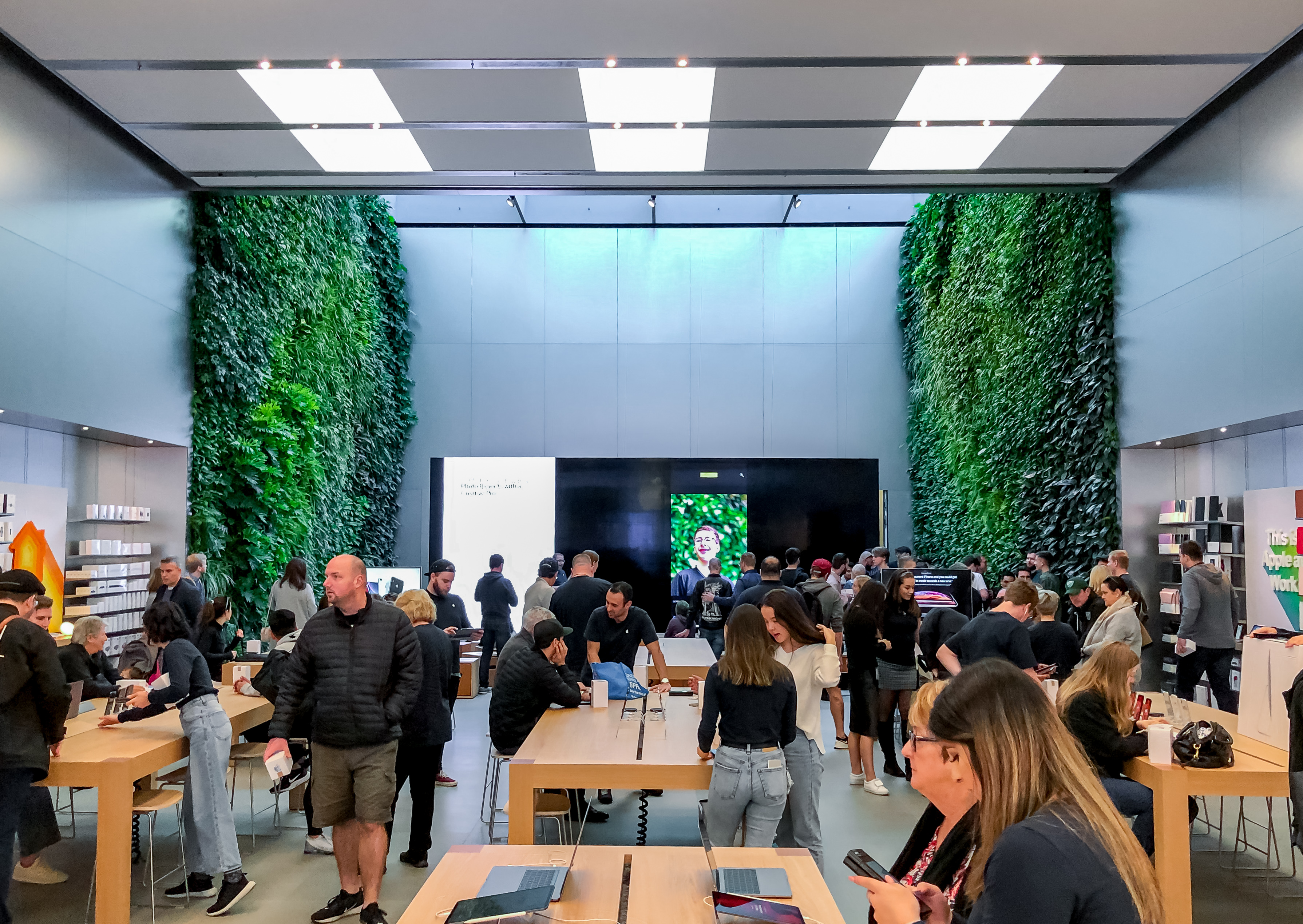 Apple’s latest store upgrade brings the outdoors in like never before. June 29th marks the grand reopening of Apple Bondi, the seventh oldest Apple store in Australia and the sixth in the country to be modernized around a greater Today at Apple experience. As part of the upgrades, Apple has introduced a striking set of floor-to-ceiling green walls unlike any previously installed inside Apple Stores across the world.

Apple Bondi closed temporarily in late March for upgrades that we expected to include a video wall, Forum seating for community sessions, and new fixtures throughout. While Apple took a more modest approach and held onto classic graphic panels and feature bays for accessory display over modern Avenue display shelving, larger changes arrived in the rear section of the store.

For locals, the upgrade will be all about expanded Today at Apple offerings. Apple Bondi’s video wall and Forum are only the second in the greater Sydney area. Few in Australia have had the opportunity to participate in the full Today at Apple experience. But for those familiar with sessions and Apple retail architecture, the highlight of the renovation is a vertical garden containing thousands of plants that carpet two sides of the Forum. These green walls stretch over 30 feet and are watered by a custom irrigation system. Plants in need of the most sunlight are individually positioned near the store’s skylight. 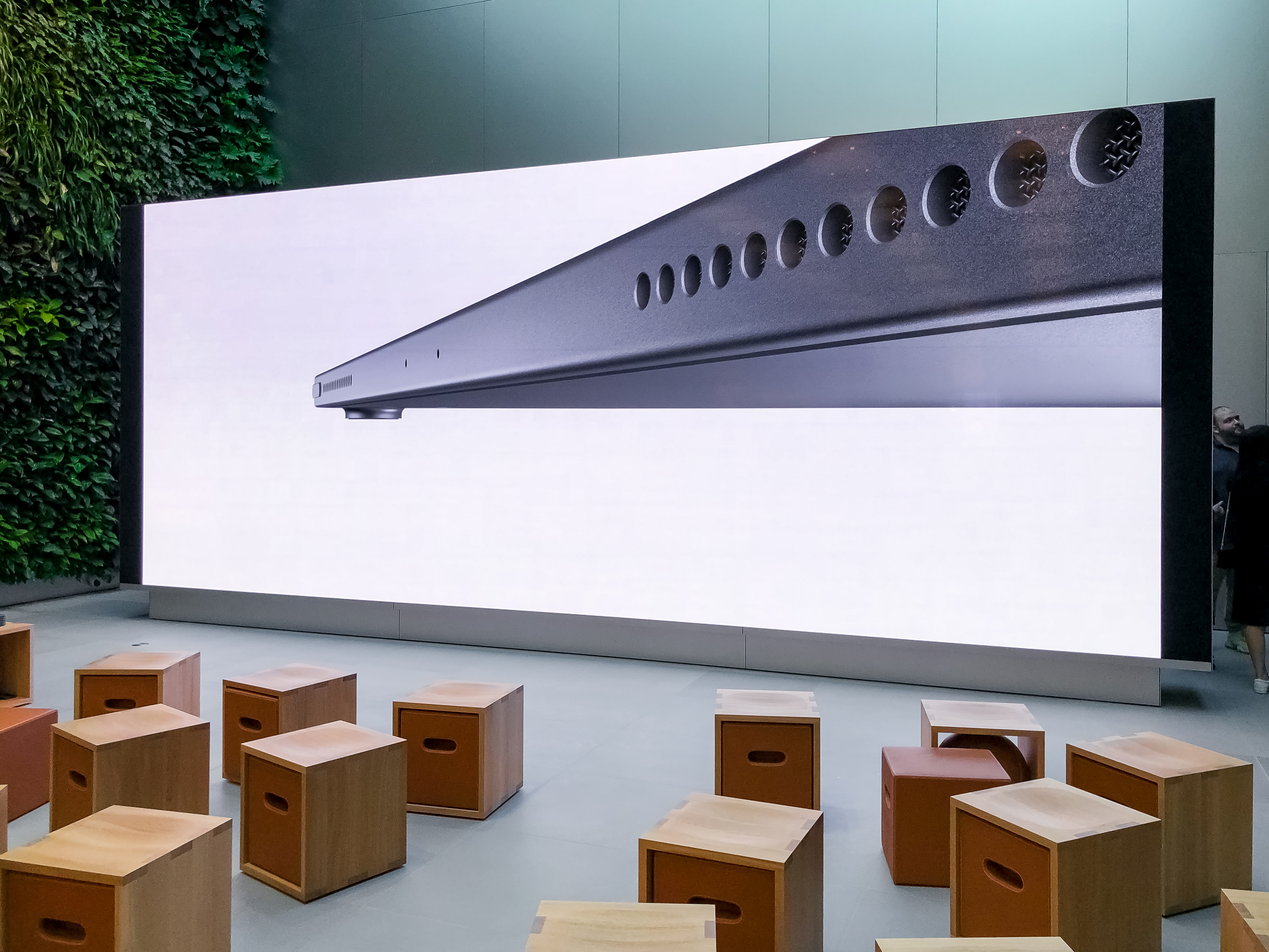 Apple is no stranger to plant life in stores. Apple Bondi was previously known for being the world’s first Apple Store with indoor trees, long before the Genius Grove became a hallmark of new store designs.

Many stores have featured smaller green walls as well, confined to the space of display shelving or located outdoors like at San Francisco’s Union Square and Tokyo’s Omotesando. This is the first time we’ve seen indoor foliage of this scope at the retail level. Apple’s Wolfe Campus in Sunnyvale also features massive floor-to-ceiling green walls which may have proven to be a positive influence on designs like Bondi. 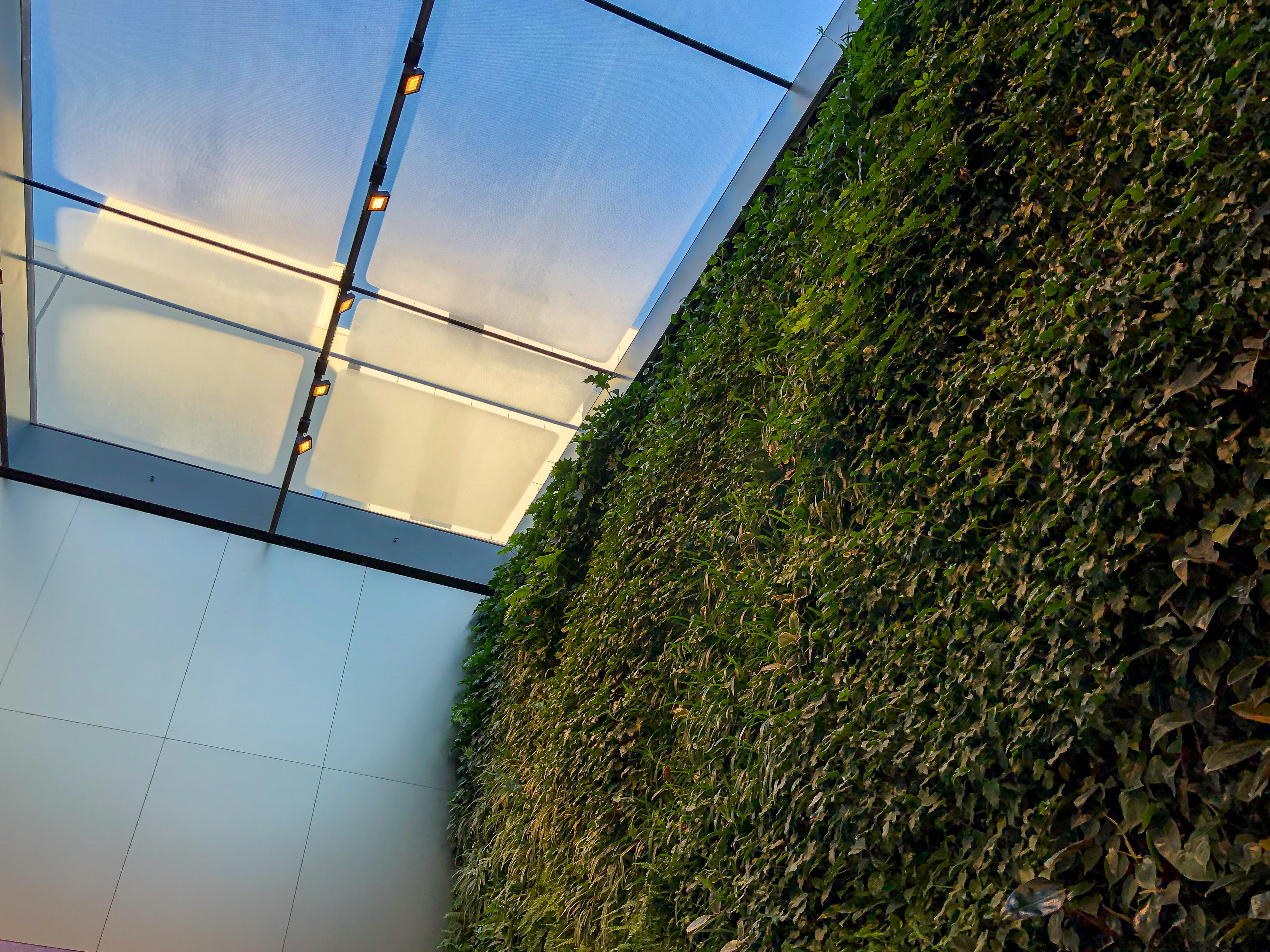 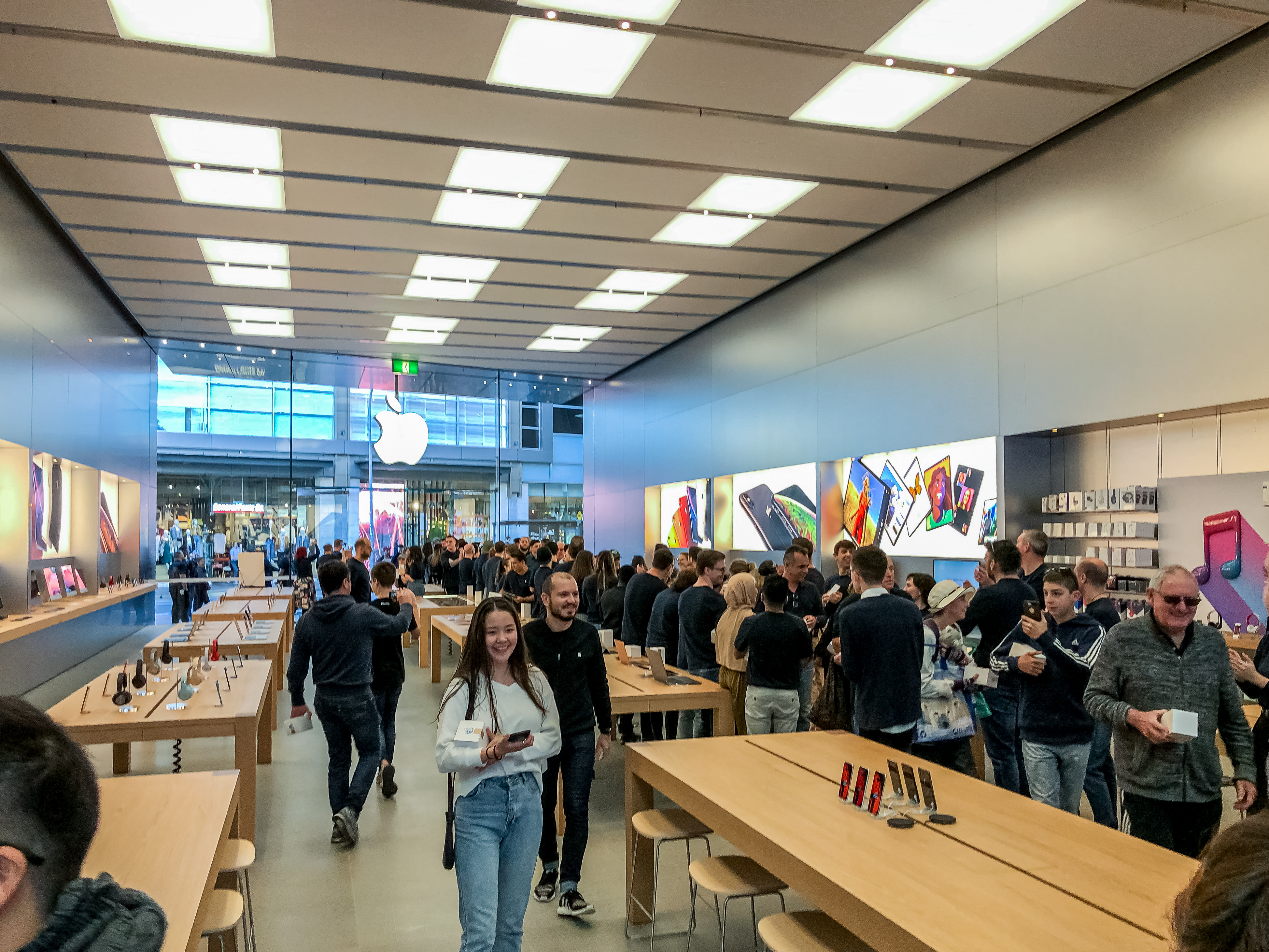 Where else could we see larger than life green wall installations in the future? The design appears to work best in spaces with ample natural light for plants to thrive, but where trees might take away from seating space in the Forum. Washington, D.C.’s Apple Georgetown features a nearly identical layout to Bondi’s store, but is finished with brick walls that may complicate adding irrigation and obscure the store’s architecture. Classic stores in Stanford, Houston, Scottsdale, Minneapolis, Manhasset, and Chicago all offer large skylights and are due for upgrades. 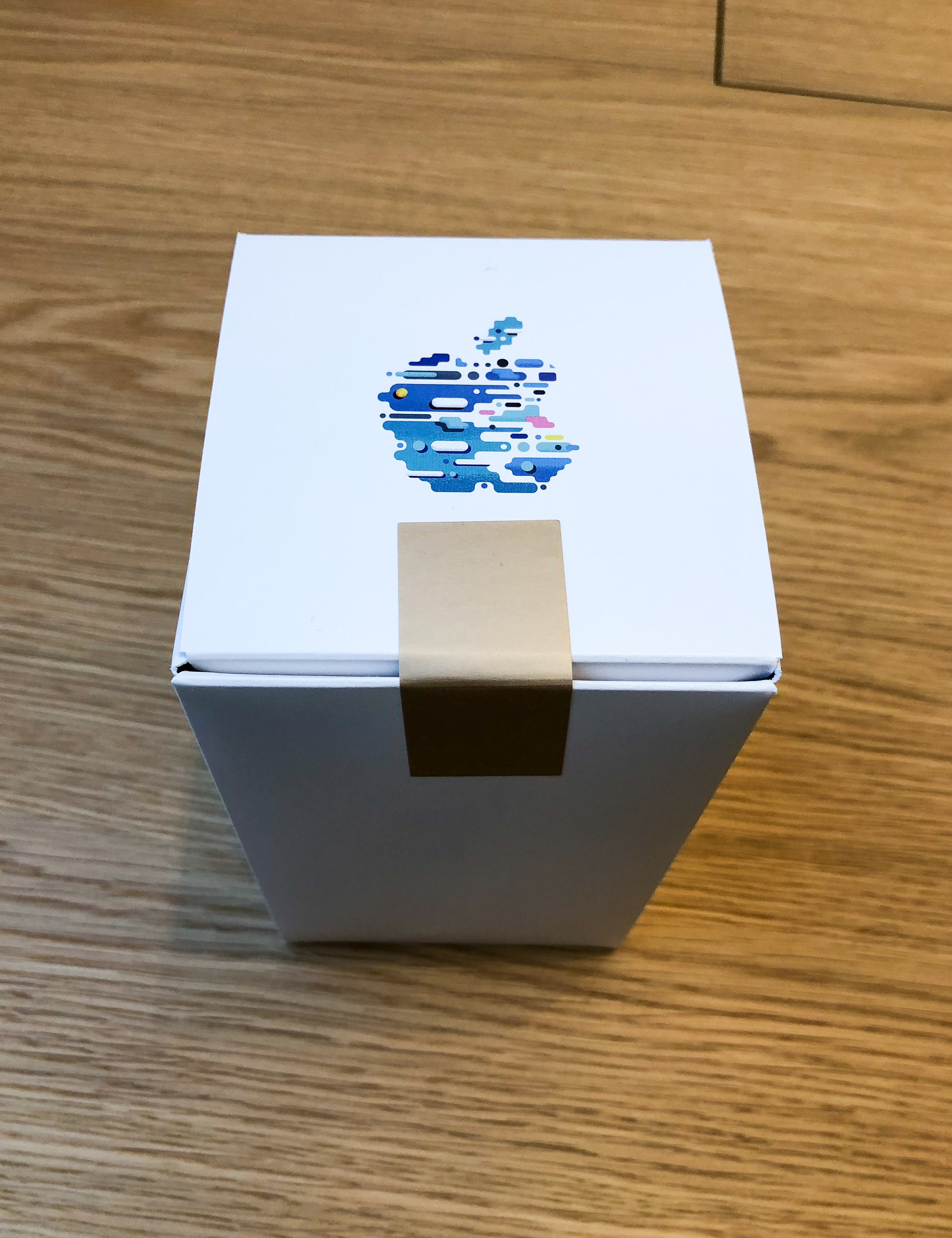 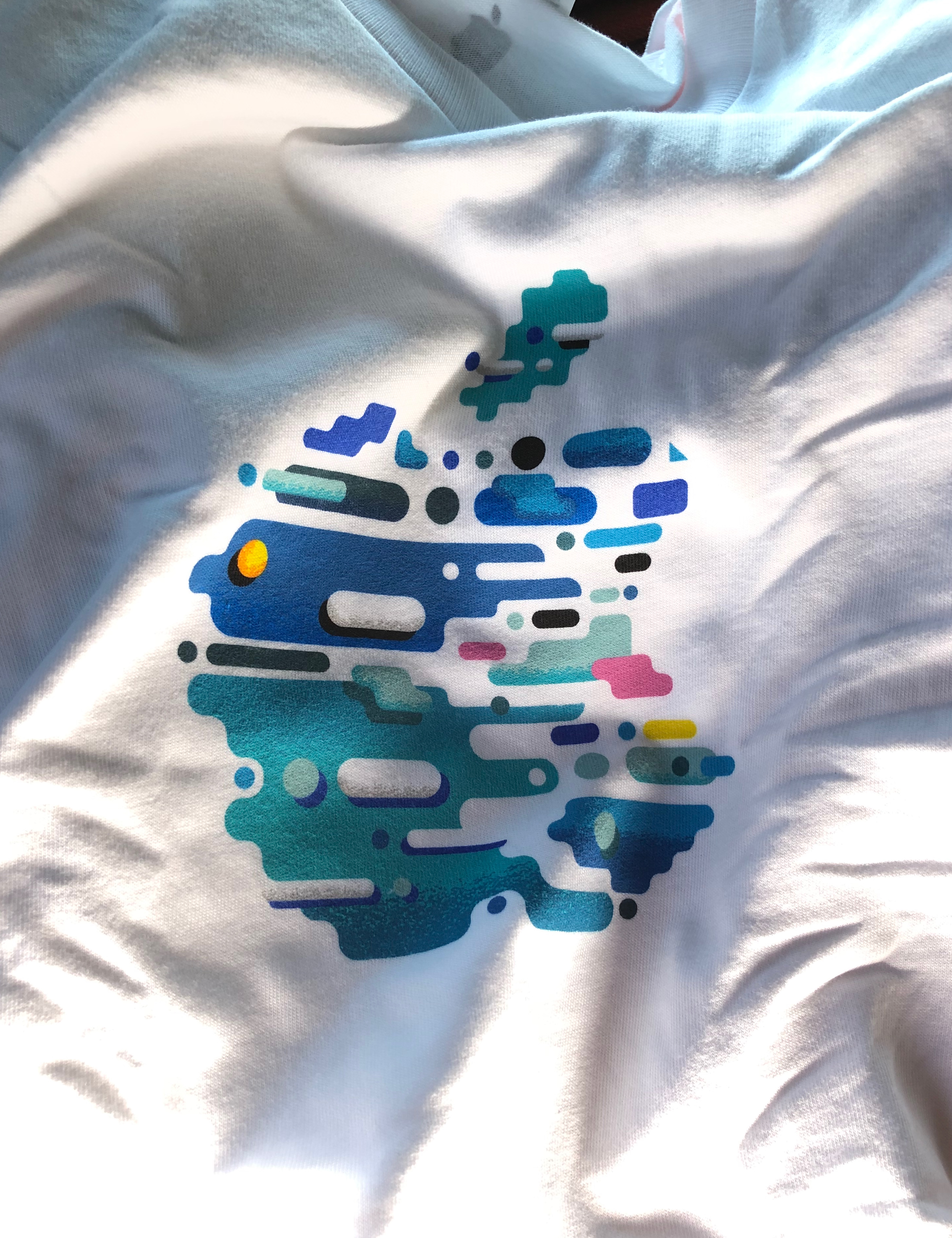