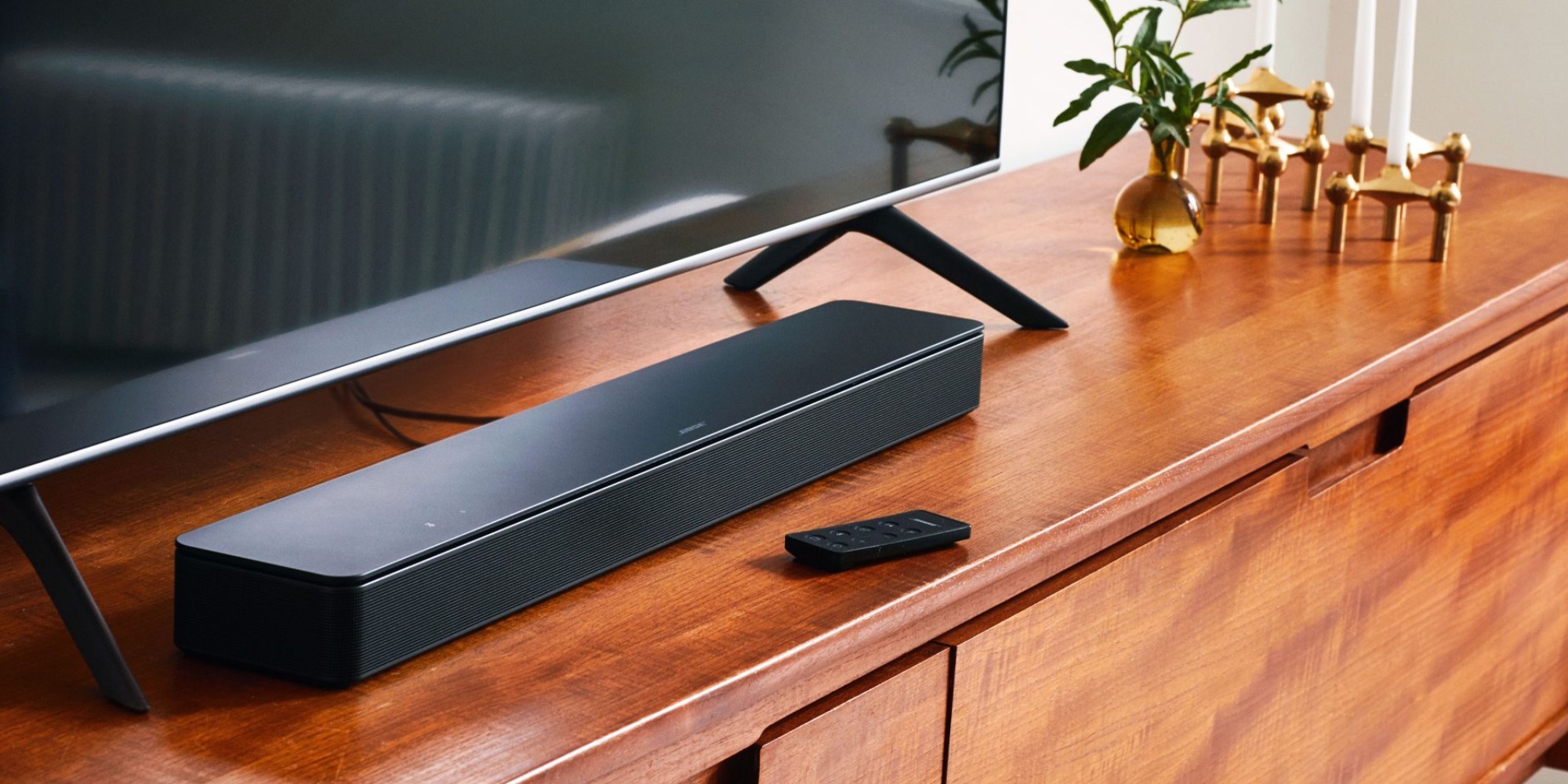 Today Bose is expanding its stable of home theater audio accessories with an all-new AirPlay 2-enabled offering. The Soundbar 300 debuts with a compelling feature set for the price to take on other mid-ranged competitors from brands like Sonos and more. Head below for all the details on Bose Soundbar 300, including pricing and pre-order information.

Launching as just the latest entry in a long lineup of home theater offerings, the new Bose Soundbar 300 delivers one of the more affordable options yet. At least, when it comes to the smart series products, that is. As you can see from the naming scheme, this debut sits below the Soundbar 500 and 700 models as a new entry-level way to enjoy the lineup’s features.

This time around, you’re looking at a slimming design that measures just 2-inches tall. Bose contends that its Soundbar 300 will have no issues sitting in front of most TVs without obstructing your voice. It’s powered by four full-range drivers which are paired with real-time tuning for adjusting audio based on whether you’re watching a movie, sports, or playing a game. There’s also Bose’s QuietPort technology, which is said to reduce sound distortion.

Sound quality aside, you’re getting much of the same feature set as the two higher-end models. AirPlay 2 still stands out as one of the headlining inclusions, but there’s also Alexa and Google Assistant support, as well as both Wi-Fi and Bluetooth connectivity. Some of the more unique features in the lineup like SimpleSync have been included as well, allowing you to easily switch audio between the Bose Soundbar 300 and a pair of headphones, or even other speakers.

Much like the rest of its lineup, the Bose Soundbar 300 will also be compatible with a selection of the brand’s accessories. Those include surround sound speakers as well as bass modules for rounding out the home theater experience. In terms of pairing with a TV, there’s both ARC HDMI support, as well as Optical connectivity.

The new Bose Soundbar 300 is now available for pre-order directly from its online storefront. Pricing enters at $399.95, with shipping slated for later in the month on September 15.

All things considered with the new unveil, there seems to be a lot to like for the latest from Bose. The $400 price point puts it above some of the more affordable offerings out there, while still allowing it to offer some of the more premium features you’d normally find on higher-end models. Sound quality remains to be heard, but the featured set and price alone make the Bose Soundbar 300 stack up to be a solid Sonos Beam competitor.