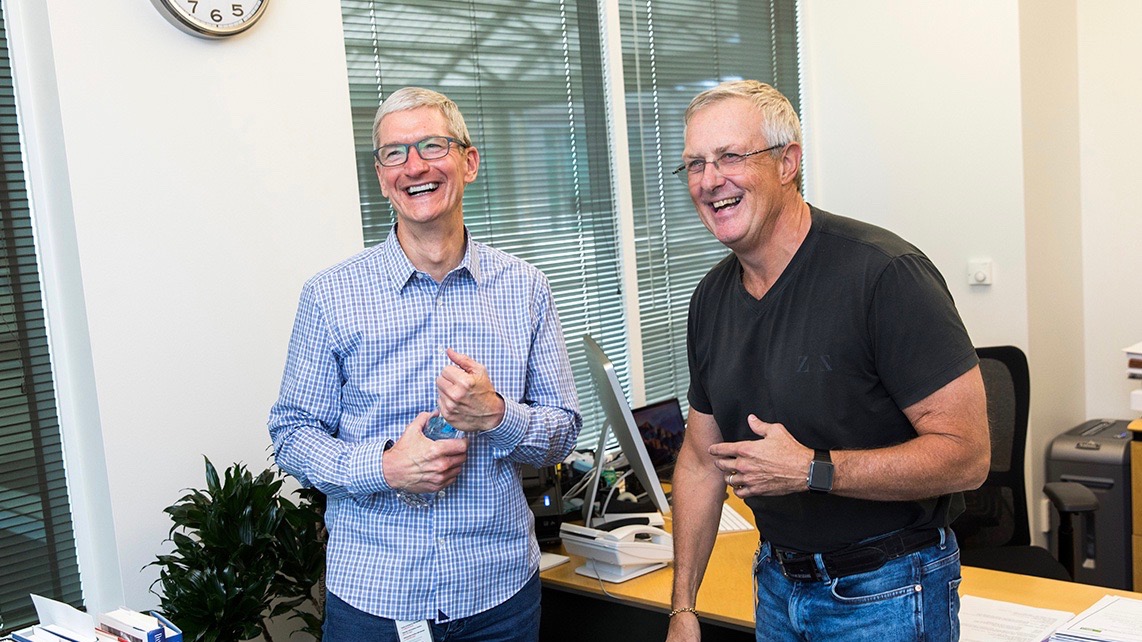 Bruce Sewell served as an Apple SVP and general counsel from 2009 through 2017, when he retired and was replaced by Katherine Adams. Earlier this month, Sewell gave an interview at Columbia University, offering more color on his time at Apple, working with Tim Cook, and more.

CNBC first noted of the interview, which is available to watch in full on YouTube. One of the more interesting bits of information shared by Sewell relates to Apple’s deal with Alphabet to have Google as the default search engine in Safari.

Sewell explained that crafting a deal with Google was an extensive process. Sewell, Eddy Cue, and Tim Cook would meet with Google’s Sundar Pichai “almost every single day” during the negotiations, which stretched four months:

He continued: “And then with myself and either Tim [Cook] or Eddy Cue who was my counterpart on that deal. They’d be at Google or we’d be at Apple almost every day, it’s just one example there are a lot of those kinds of negotiations or lawsuits that just completely suck up all your time.”

Neither Apple nor Google have officially disclosed how much that search deal is worth. Last September, Goldman Sachs estimated that Google paid Apple $9 billion to remain the default search engine on iOS for another year.

Elsewhere in the interview, Sewell offered advice to the Columbia law students about what it was like managing a legal team of over 600 people with a budget that was nearly $1 billion. He also explained what it was like working with Tim Cook, and said that when he sent an email to Cook about his plan of retiring, Cook didn’t respond for five days.

“Tim is a little crazy in his work schedule,” Sewell said.

The full interview is available on YouTube and can be watched below.